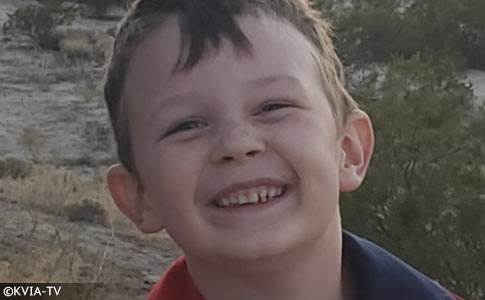 Avery Jackson-Dunphy, 6, was killed by dogs being fostered by his grandparents.

Avery Jackson-Dunphy was killed by at least three dogs while visiting his grandparents' Mesilla Park home on November 22, 2021. Doña Ana County Animal Control euthanized six dogs taken from the property that day. Three of these dogs, a mother and her two offspring, were being fostered by the boy's grandfather from the city and county operated animal shelter. Behavioral notes of the dogs being fostered states the mother dog had started becoming aggressive.

"At the urging of Avery’s father, Patrick Dunphy and his family, we asked the Sheriff’s Department for their investigation into the child’s death. The District Attorney’s Office was not notified of the incident by the Sheriff’s office and learned of the child’s death through media reports. As the chief law officer of the state in Doña Ana County; I have the authority to advise on matters in the public interest, and bring criminal charges, especially when it involves a death investigation. This is a horrible and tragic incident. During the review process, we assessed the facts in view of the relevant law and presented the case to the Grand Jury which found probable cause to charge each named defendant with felony offenses." - Third Judicial District Attorney, Gerald Byers.

12/31/21: Municipal Shelter Dogs
Weeks after mauling death of 6-year old Avery Jackson-Dunphy, it was revealed that three of the six dogs that were immediately euthanized after his death were foster dogs from the Animal Services Center of the Mesilla Valley (ASCMV), just as DogsBite initially suspected. ASCMV operates through a joint powers agreement between the governing bodies of the City of Las Cruces and Doña Ana County and is the only open-admission municipal shelter in the county.

The three dogs were an intact female, identified as a black "mixed-breed (medium) dog" and her two 4-month old puppies. It was noted in an early August ASCMV memo that the mother dog was "becoming a little aggressive" with Kevin Owens, the child's grandfather who began fostering the three dogs in early July. "She will growl at them [the caretakers] if they touch the pups." The mother, and up to five other dogs (four being puppies) fatally attacked Avery three months later.

The memo also stated, "[Kevin] is willing to work with her for a month after to see if her aggressive behavior changes," referring to a month after it became okay to separate the puppies from the mother dog. It is unknown how the mother dog's behavior transpired after August. Information about the other three dogs involved is also unknown. Previously, all six dogs were described as shepherd-type and border collie-mix breeds, of which the mother dog and her offspring are neither.

Animal Services Center of the Mesilla Valley now joins a growing number of taxpayer-funded municipal shelters, in whole or part, since 2014 that have adopted out, fostered out or transferred a dog to a rescue that subsequently killed a child or an adult. Since Avery's death, Doña Ana County State Representative Joanne Ferrary began advocating for stricter fostering guidelines and awareness that would require foster parents to be trained and educated if they want to foster. 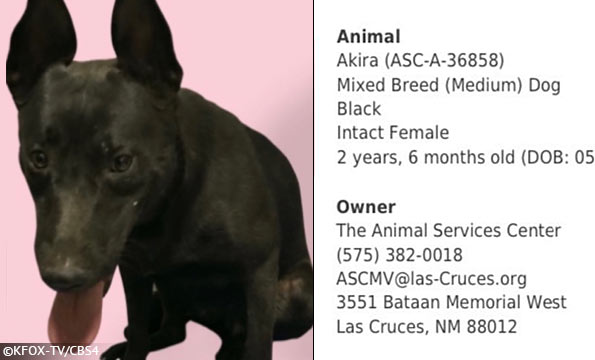 Three of the six dogs were foster dogs from the Animal Services Center of the Mesilla Valley.

12/15/21: Parents Feud in Court
This week, new information has been released about the vicious dog mauling death of Avery Jackson-Dunphy. We learned that the boy's mother, Danika Thompson, filed a petition to be appointed as the wrongful death representative of the estate of her son within 48 hours of his death. Notably, Thompson was present on the property when her son was fatally attacked on her father's property (the child's grandfather). KFOX-TV also captured the grandfather's 911 call.

Thompson's legal action was followed by action from the child's father, Patrick Dunphy, indicating that he will name Thompson as a party responsible for the boy's death. According to online dockets at New Mexico Courts, the mother and father have been in custody litigation since 2015. The report from the Las Cruces Sun-News also provided breed information. The six dogs were described as shepherd-type mixes and border collie mixes -- two adults and four puppies. 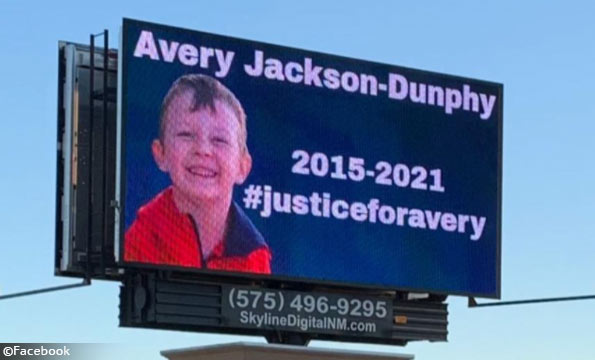 A digital billboard asking for #Justiceforavery is being displayed in the Las Cruces region.

11/26/21: Foster Dogs Kill Boy
Mesilla, NM - On Tuesday, it was reported that a 6-year boy was mauled to death by one or more dogs. Deputies were called to a home in the 500 block of Fort Fillmore Road around 9:45 am after reports that a small child had been attacked by a dog. When they arrived, they found the boy severely injured. The child was airlifted to Children’s Hospital in El Paso, where he died. The boy apparently was able to enter into a pen that was housing six dogs -- all six dogs were euthanized.

The attack occurred at the boy's grandparents' home. According to a police report, the boy and his grandfather were playing outside when his grandfather stepped away for about 10 minutes, reports the Las Cruces Sun News. The grandfather told police he was called inside by some men working on his house. Shortly afterward, the boy's mother and grandmother realized the boy had gotten into the dogs' pen. The dogs were all being fostered, according to the police report.

Thus, it is unknown if the county animal services "public agency" -- Animal Services Center of the Mesilla Valley -- owned these dogs.1

On November 28, KVIA News identified the boy as 6-year old Avery Jackson Dunphy. The celebration of life for Avery was held at Real Life Church in Las Cruces. The Las Cruces Fire Department was present, as well as other emergency personnel. Family members said his death was preventable, and that his "life needs to be celebrated and not to have died in vain." The breeds of dogs involved have not been disclosed by the Doña Ana County Sheriff's Office. 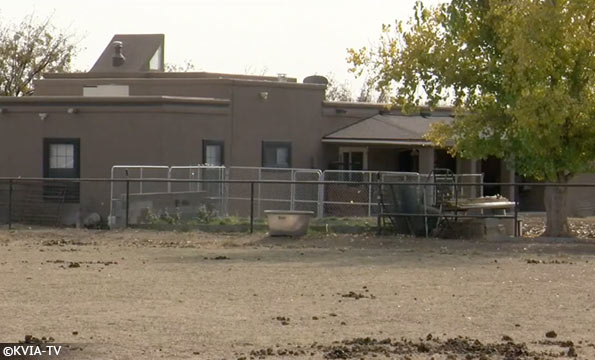 Home on Fort Fillmore Road where boy was killed by dogs being fostered by his grandparents. 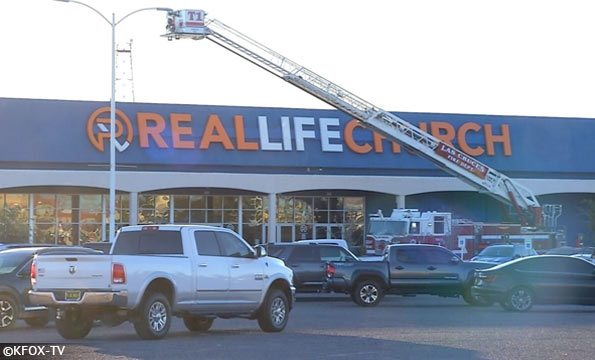 A celebration of life was held for Avery Jackson Dunphy at Real Life Church in Las Cruces.

1Given the immediate euthanasia of all six dogs and failure by the sheriff's office to release more baseline information, it seems possible. See ASCMV's "About Us" and "Foster Program" information.

Baseline reporting requirements:
Law enforcement departments across the United States should release consistent "baseline" information to the media and the public after each fatal dog mauling, including these items.
Tweet
Share200
Tweet
Share200
Donate Now