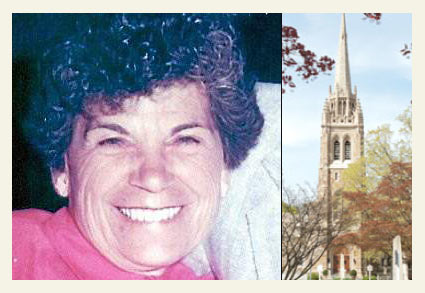 Mauling Victim Dies
Branford, CT - On April 13, 93-year old Rita Pepe was savagely attacked while walking in her neighborhood by a recently adopted pit bull that charged out of its owner's home. Bill Cronin, one of several neighbors who came to rescue her, told WTNH.com, chillingly, "A large dog emanated from the back of [the] home, and we thought it was chasing a fire truck,” Cronin said. "Then it made an immediate right turn and took this elderly woman down like a wounded animal."

On Tuesday, her son confirmed that she died. Charlie Pepe said his mother "probably" died of kidney failure, but doctors told him the trauma and extended inactivity due to the bite injuries worsened her condition. "It's all related in one way or another," he said. When he received the call from his brother saying that their mother was being taken to the hospital, he assumed a fall or a stroke. He said he never would have guessed, "it was because of being bitten by a pit bull."

At the time of the attack, neighbors said the dog's owner, 49-year old Matthew Radulski, had only had the animal for a few months. "The owners were usually very diligent. They always had him on a leash, they were always training him,” neighbor Charlie Davis said. "From what I know, they actually even hired a professional trainer to work with the dog." According to Branford police, she sustained "very serious injuries" to her lower left leg and was taken to Yale-New Haven hospital.

"We hope she recovers from this brutal attack," Capt. Geoff Morgan told the Branford Eagle. "These are very serious injuries."

The Branford Eagle obtained two 911 calls. Officer Joseph Harrington, who conducted the investigation, said the dog ran from inside the owner's home and attacked the woman as she was walking. Neighbors tried to fight off the dog using the victim's cane and a baseball bat. Sgt. Richard Dahlin, who supervised the incident, said the victim sustained a massive amount trauma to her lower left leg. She was taken to an area medical center and underwent surgery, he said.

The New Haven Register published a subsequent article that disclosed where the dog had been adopted from, the Dan Cosgrove Animal Shelter (Branford Animal Shelter). The pit bull, named "Booker" was adopted from the shelter by Radulski in September.1 Shelter Director Laura Burban told The Register that prior to adoption, Booker "underwent extensive evaluations by staff, volunteers and trainers." She added, "He did not show a propensity of violence towards people."

Hence the reason why many shelter "evaluation" systems and temperament tests examined in studies are shown to be unreliable and may have potentially devastating consequences. Please see three related studies: Development of the behavioural assessment for re-homing K9's (B.A.R.K.) protocol (2013); Reliability, validity and feasibility of existing tests of canine behaviour, (2009) and Aggressive Behavior in Adopted Dogs that Passed a Temperament Test (2007).

Burban denied The Register access to take any photographs of the dog, so the writer did some Googling and found a variety of images of the dog. Several stemmed from a Facebook page (since removed, see: PDF file of screen capture) that supplied images for the dog's Petfinder advertisement. An Adopt-A-Pet advertisement published in The Register was also located and shows that Booker had been misleadingly labeled a "terrier-mix" (See row three left image).

"Booker is 16-months old. He is approx. 60 lbs. He is a friendly dog who loves to play. He would do best in a home without cats. He is neutered, house-trained and up to date with shots."

Interestingly, The Register article also positioned this as an "alleged attack." Booker is "accused" of attacking and police responded to the "alleged attack," states the article. These words were still used after examining Officer Harrington's report which stated that "numerous witnesses" told police the dog attacked Pepe and even included sworn testimony by Radulski, stating that "he had to strike Booker over the head numerous times with a rock in order to get him away from Pepe."2

Lastly, a follow up by The Eagle on April 17 contains more information about Pepe's serious injuries. One of her son's told The Eagle that the surgeon told him on April 16, "the best thing is she will walk again and the worst thing is she will lose her leg. It could go either way." Her son added, "The wound is so big, so deep their fear is they don’t know what they will be able to do. They are discussing skin grafts." Her recovery is not in weeks, but months, her son said.

The Eagle piece also contains more reasons why Director Burban should be fired. She defended adopting out the attacker, "They only thing we knew is that he did not like cats." She theorized the dog attacked because the victim was holding a cane and the dog felt threatened. She defended her mislabeling of the dog and fired up the "media conspiracy" routine, "golden retrievers have killed children and done all kinds of other terrible things. But we never hear about it," Burban said.

Alerted Local Media About Her Death

On June 2, the Protect Children from Pit Bulls and Other Dangerous Dogs Facebook page alerted DogsBite to a comment that stated Pepe "never recovered from her injuries and remained bedridden until death." They also sent Pepe's obituary web link. We quickly contacted several local media groups that covered the April attack; two indicated they were looking into the matter. On June 3, The New Haven Register published the follow up article about Rita Pepe's death.

Like The Register, we too wonder what became of Booker? It seems no one will say six weeks after a violent, unprovoked attack that contributed to the death of Rita Pepe. The Director of Branford Animal Shelter, Laura Burban, who adopted out the attacker, stated her commitment to rehoming vicious dogs in 2010. The dog's owner, who is "devastated" over the mauling, according to Pepe family members, is mum on this issue. Our guess is that Booker is alive and kicking. 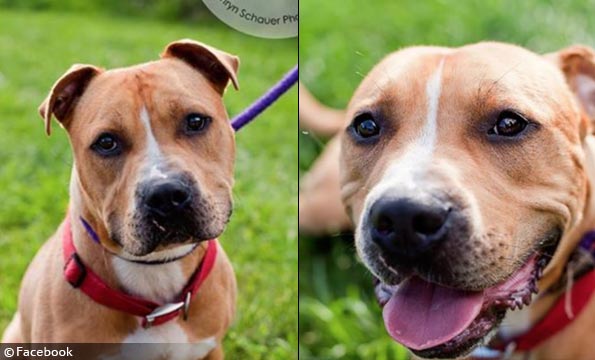 Booker, a pit bull-mix, seen on the photographer's Facebook page for his PetFinder images. 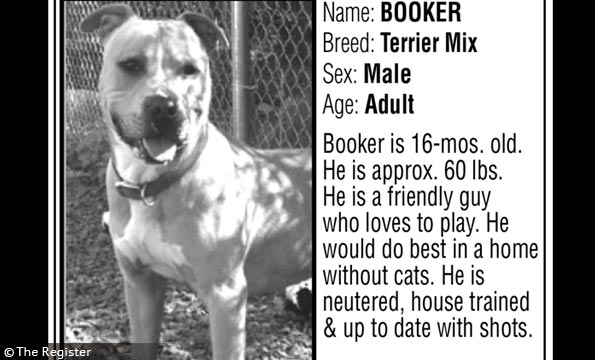 Booker advertised in The New Haven Register by the Branford Animal Shelter as a "terrier-mix."

View the DogsBite.org Google Map: Connecticut Fatal Pit Bull Maulings.
1Burban told the Eagle the next day that Matthew Radulski adopted the dog on October 2, 2013.
1It appears there was an effort mounted by a source or sources claiming Booker had actually not attacked Pepe, thus the reporter used the "allege" language. We did not find similar "allege" language in any other news reports; so hopefully that sinister and ethereal effort died on the day of its publication, April 16.