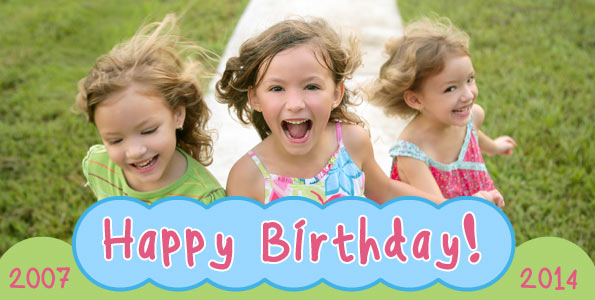 Austin, TX - October 15, 2014 marks the seventh year that DogsBite.org has been operating on the World Wide Web educating the public, dog bite victims, attorneys, doctors, law enforcement, journalists and policymakers about the growing epidemic of serious and fatal dog maulings in this country. The vast majority of these severe attacks are inflicted by a handful of well-documented dangerous dog breeds. Our website is now over 2,200 pages and hosts over 500 PDF files.

The cornerstone of DogsBite.org is conducting high quality research and analysis about U.S. fatal dog maulings that identify underreported high-risk injury scenarios, primarily involving children. We uncover trends that are unknown to the CDC and other researchers. For instance, in 2013, 38% of all dog bite fatality victims were either visiting or living temporarily with the dog's owner when the fatal attack occurred, up from 32% in 2012. Young children accounted for 83% of these deaths.

Our dedication, research and analysis saves lives by providing parents critical safety information that is often not widely distributed.

At the end of 2014, DogsBite.org will have collected 10-years of U.S. dog bite fatality information. It is our mission to collect and closely analyze this data, including subsequent criminal trials and legislation that comes in response to a devastating fatal dog mauling, because the fundamental U.S. government agency that should be closely tracking this information, the CDC, stopped in 1998. It is our mission to prevent these horrific attacks no matter the hurdles that lay in our path.

In 2011, we launched Fatal Pit Bull Attacks - The Archival Record, tracking the growing number of Americans killed by pit bulls. As of today, 255 people have been mauled to death by pit bulls since the CDC stopped tracking breed data in 1998, and since 1980, 336 killed. Earlier this month, we launched a separate list: Fatal Pit Bull Attacks - Child Fatalities. As of today, 133 children have been struck down by these dogs since 1998, and since 1980, 184 dead. This is unacceptable.

Despite our strides over the past 7-years, we still suffer a difficult fate: Many parents do not find us online until it is too late. Many parents are "so close" to understanding the danger these dogs pose to their children, but still agree to a "temporary" situation, allowing the dog to stay in their home for a short while, or allow their child to visit the home of a spouse or babysitter who owns a pit bull -- a risk factor today that accounts for nearly 4 times the number of deaths inflicted by chained dogs.

Why don't more of these parents just say no, especially when they already have misgivings? Because the readily available information (pumped out by Cesar Millan, AVMA and the Pit Bull Propaganda Machine) claims "It's all how you raise them." Add to this that the common understanding of a "dog bite" is a minor injury that might require a few stitches. Many people simply have no idea what a "mauling injury" entails, permanent disfigurement or loss of limbs.

As stated in our CDC Remedy document, 93% of all dog bites fall into the "garden variety" category requiring very little medical attention. The remaining 7% is the focus of DogsBite.org, severe injuries requiring emergency room treatment (5%) or hospitalization (2%) and in some cases death.1 When more parents understand severe "mauling injuries," they can make better choices, one of which is to simply say no if asked, "Can I bring my pit bull into your home?"

A Special Thanks to Our Donors

Our website, ongoing research and our ability to travel to locations to present vital testimony would not be possible without donations from across the country and around the world. We thank all of our donors so much for making our mission possible and for making our 7th birthday a reality. You have had great faith that we would persevere and we ARE! Together, with your continued support, we will keep fighting and we will see an end to senseless "mauling injuries" and fatal attacks.

Key Benchmarks in Past 7-Years

Lastly, every year brings new benchmarks of progress. The last 12-months in particular mark the growth of the victims' advocacy movement across the country. There are so many new websites, blogs and Facebook pages advocating on behalf of victims and breaking down the dangerous myths proliferated by pit bull owners that it is hard to keep track! With that, we leave readers with some of the key benchmarks of DogsBite.org and the advocacy movement over the last 7-years.

Donations to DogsBite.org are tax-deductible
Help keep our mission of prevention alive by contributing today

1Section II: The CDC Obfuscates "Bites" with Mauling and Maiming Injuries and Deaths (Page 7).
2We have more years of fatality data than our age of 7 because we also collected data from 2005 and 2006.