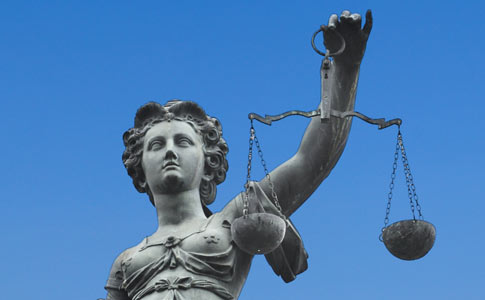 For years, the pit bull lobby has claimed that breed-specific legislation (also known as BSL) is unconstitutional -- but now the Supreme Court of Ohio has joined courts in Washington, Colorado, New Mexico, Florida, Arkansas, Iowa, Kansas, Utah, Wisconsin, and Kentucky in ruling that BSL is, indeed, constitutional when properly written. On February 19, 2008 the United States Supreme Court handed the pit bull lobby another defeat when it refused to hear their appeal from the Ohio Supreme Court’s decision in City of Toledo v. Tellings, 871 N.E.2d 1152 (Ohio, August 1, 2007).

The high court’s order simply stated: “The motion of American Rottweiler Club, Inc. for leave to file a brief as amicus curiae is granted. The petition for a writ of certiorari is denied.” Tellings v. Toledo, Ohio, No. 07-8545.

Basically, the high court said -- no, we’re not going to hear the pit bull lobby’s appeal, but if we had heard it, the ARC could have filed a friend-of-the-court brief. The U.S. Supreme Court’s rejection of the appeal, viewable here, makes the Ohio Supreme Court’s decision final. There is no further appeal.

The Tellings case arose from Toledo’s pit bull ordinance, which limits every person to owning no more than one pit bull and requires that pit bulls be muzzled when they are off their owners’ property. Pit bull advocates had argued that the law was unconstitutional on several grounds, all of which the Ohio Supreme Court rejected:

So, let’s put to rest the tired claim that breed-specific legislation is unconstitutional -- that’s just plain wrong, and court after court has said so.

The truth is that although the pit bull lobby loves to say that breed-specific legislation is unnecessary, and that it is irresponsible owners who cause the trouble, we don’t hear any ideas from them as to how to actually draft a law that effectively targets bad pit bull owners and prevents the horrific injuries that these dogs can inflict. For all the energy and money that the pit bull lobby puts into litigating BSL all over the country, one would think that they could put their heads together and come up with some bright ideas. Until they do, those of us back in the real world will probably continue to rely on breed-specific legislation, even if it does inconvenience good pit bull owners.