Snapshot Summary Report
DogsBite.org - In the first 225 days of this year, 28 Americans were killed by dogs. On average, a fatal attack was inflicted by a canine every 8 days in the U.S. since January 1. Pit bulls and their mixes are responsible for 71% (20) of these deaths. Pit bulls alone have an average kill rate of every 11 days during this period. Followed by two other large molosser breeds, rottweilers (7%) and bullmastiffs (7%), each inflicting 2 deaths. Four dog breeds each inflicted one death.1

During the recent 3.5-week period of July 19 to August 13, pit bulls killed 6 Americans. 83% (5) were children ages 6 and under and 67% (4) involved a babysitter watching the child, including one case where a babysitter was brutally killed in front of a 2-year old child. Of all fatal attacks since January 1, babysitters were present in 21% (6) of these attacks and 29% (8) involved the victim either visiting or living temporarily with the dog's owner when the fatal attack occurred.2

During the first 225 days of 2014, Texas led all states in fatalities with 21% (6); regionally, the Southern United States led with 61% (17). Alabama, Florida and Ohio followed, each with 3 fatalities. In the 9-year period of 2005 to 2013, Alabama had 6 total recorded dog bite fatalities; 3 so far in 2014 is a substantial rise. In Ohio, all 3 fatal dog attacks occurred in the southwestern part of the state (25-miles apart) in a 6-month period and 2 deaths occurred in the city of Dayton.

Regarding criminal charges, Harris County, Texas stunned DogsBite.org followers in July after finally bringing charges under the state felony law that was enacted in 2007. More notably, in what may be the most watched and analyzed fatal dog mauling trial since the death of Diane Whipple in 2001, prosecutors in Michigan filed second-degree murder charges and a felony count of possessing an animal causing death against a couple after their two dogs brutally killed a jogger.

Located centrally, the snapshot shows the Large Molosser Breeds group. This small group has inflicted 93% (26) of attacks resulting in death during this period and includes: pit bulls, rottweilers, American bulldogs, mastiff/bullmastiff, presa canarios and cane corsos. Dog breeds displayed in the first two rows of the snapshot are based upon the top killing dog breeds of the last 9-years (See related chart). Thus, not all fatally attacking breeds in 2014 are shown in the snapshot.3

Photographs of six dogs from the Large Molosser Breeds group that killed a person in 2014. 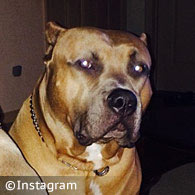 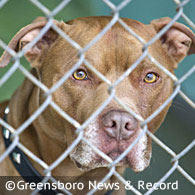 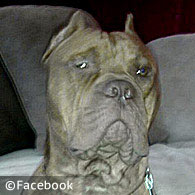 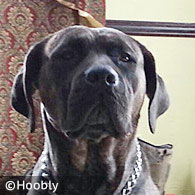 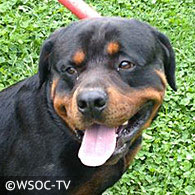 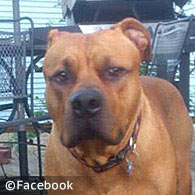 1Responsible for one death so far in 2014: cane corso, catahoula leopard, German shepherd and a mastiff-mix.
2When "reverse" scenarios are included this number is much higher, 39%. So far this year, 3 cases involved the dog temporarily living at the victim's home when the attack occurred, including the deaths of Je'vaeh Mayes (Texas), Dorothy Hamilton (Texas) and Cindy Whisman (Ohio).
3The snapshot represents a small portion of a much larger Excel data set.