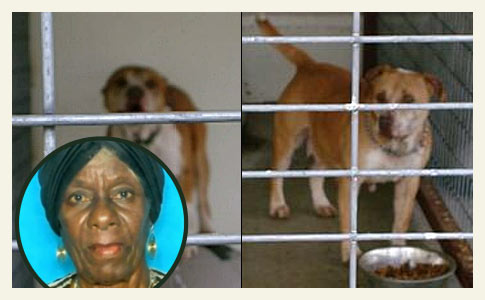 04/01/14: Eight Pit Bulls Seized
CBS Dallas / Fort Worth reports that police were called to a home on the 1400 block of East First North Street after Dorothy Hamilton was discovered by her son. When police arrived, they found the victim dead in the living room and a pair of aggressive pit bulls inside the home. Animal control put those pit bulls down right away. Police said the dogs were being held in a bedroom, but broke through the door to get the woman. Police believe the two dogs are responsible for her death.

NBC 5 reports that Michael Hamilton, the victim's son, had been keeping a group of pit bulls on the property for several months. The two lived at the residence together. Authorities seized a total of eight pit bulls from the property -- including the two suspected of killing the woman. Police said that all of the pit bulls belonged to her son, who had been keeping two of the animals inside the home. Police said that all six of the remaining dogs are very aggressive and will be euthanized.1

Autopsy results determining the actual cause of death are still pending from the medical examiner.

04/01/14: Woman Found Dead
Kaufman, TX - An elderly woman was found dead in her North Texas home Monday after she was apparently attacked by her son's pit bulls. Kaufman police identified the woman as 85-year old Dorothy Hamilton. Capt. Ed Black said that it appears two very large, aggressive dogs attacked her. Authorities seized eight pit bulls from the home. The woman's son also lives at the residence. The dogs were in a bedroom, but apparently broke through the door to attack, according to Black.

Her body was discovered in the living room. An autopsy has been ordered by police investigators. 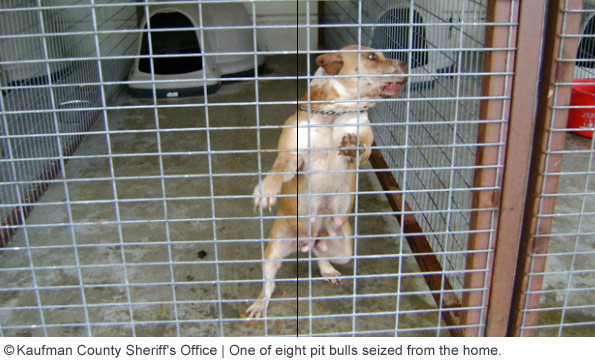 1The NBC 5 video interviews a neighbor who said that her son "moved in a few months ago" (with his breeding operation). There have been seven documented calls to the home since April 2011 regarding stray animals.