A Powerful Story of Humanity and Survival 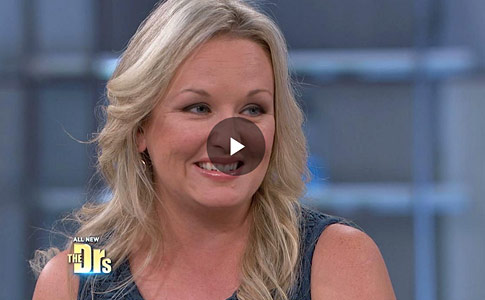 Monica Garza recounts the violent pit bull attack along with her rescuer on The Doctors.

Houston, TX - On the last day of Canine Victims Awareness Week 2014, we share the story of a mother of two children who was brutally attacked by two pit bulls while jogging and rescued by a 63-year old man she did not know. Earlier this year, the two appeared on The Doctors TV show and shared their stories of survival and the magic and boldness of human triumph when faced with unbearable odds. These two courageous individuals from Texas will forever be in our hearts.

On March 5, 2014, 35-year old Monica Garza was viciously attacked by two loose pit bulls while jogging on the South Belt hike and bike trail in Southeast Houston. A retired couple heard an alarming sound behind their home. Sharon Jordan asked her husband to take a look and what he saw was horrific: Two pit bulls were clamped onto the jogger and playing tug-of-war with her body. Charles Jordan, 63-years old, ran to her aid and jumped on top of her covering her body.

The dogs did not want me. The dogs were fixated on her. - Charles Jordan

Two months later, Monica Garza shared her story of survival with KHOU in an emotional interview. "I think about my children," she said. "I don't want God to take me at this time, my children are young. She said the dogs, "ruined my life for a little while, but they are not going to ruin it forever." Monica spent 37 days in the hospital after the vicious attack. She had 350 staples and 54 lacerations and bite marks covering her body. By June she had undergone two skin grafts as well.

In September, The Doctors aired the story of Monica and Charles. The episode involves a re-enactment of that day, both recounting the terrifying attack, and the life saving actions of Charles. After the pit bulls finally ceased their relentless attack, Charles held her close and said, "Nothing bad else is going to happen to you today. I am going to make sure that you are okay from here on out." We hope that Charles is awarded a Carnegie Medal for his extraordinary heroic act.

"I consider Monica my hero. She is the most courageous person I have ever seen. She never quit fighting. She never gave up. We met, strangers. In one special moment in your life, you put your arm around somebody, and they lean on you. They touch your heart. And that moment is going to stay with me for the rest of my life." - Charles Jordan

Both cried while watching the re-enactment. Monica said she continues to have a lot of anxiety around dogs, especially the larger and aggressive types. She shows the doctors how her right leg is healing. The doctor explains her injury to the audience and future surgical procedures. When asked about his selfless act, Charles said, "There was really no thought process to it, no fear to it. When you see a woman in distress, you have to stop it." The audience roared with applause.

After the Violent Attack

Three weeks after the vicious attack, Monica's father, Jeff Mack, stood before Houston City Council nearly in tears. The police veteran shared the story of his daughter, and how her daily jog turned into a nightmare of horrific injuries inflicted by two loose pit bulls. At that time, Monica was still hospitalized. Mack was shell-shocked that the owner of one of the pit bulls was merely issued a class-C ticket. (Readers recall Harris County and their shabby history of felony charges?)1

"It's pit bulls. It's all you hear about. They were originally bred to be very aggressive. And yet I would say the dogs are responsible, and the owners are responsible. This is unreasonable that we cannot get some criminal charges filed in this case." - Jeff Mack

Mack is a retired Houston Police Department officer with 25-years of service. He has written to legislators and hopes to change the felony dog attack law in Texas -- which currently has One Bite codified into it (prior knowledge of vicious propensity) -- so that criminal charges can more easily be brought. Mack will file civil charges, which are also governed by the One Bite rule in Texas, but at least in civil court, they won't face the high standard of "proof beyond a reasonable doubt."

1It is unclear if the other pit bull owner was ever located. Regarding Harris County, which leads all Texas counties in fatal dog attacks, pursuing criminal charges after the mauling death of Christina Bell in January is either the first time by Harris County prosecutors or a long overdue second case since Lillian's Law was passed in 2007.