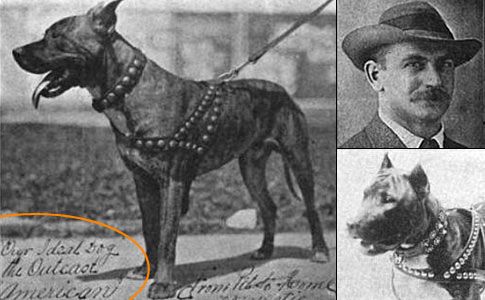 New Orleans, LA - In this 1911 Dog Fancier advertisement, pit bull breeder Chas. Werner reflects how Americans feel about the breed: "Our Ideal Dog the Outcast American" (note handwriting on dog photo). "Outcast" is intended as a pitying label and also represents two other issues. One, by 1911, pit bulls were feared by the public due to their dangerous fighting traits and two, Werner claims that fighting pit bulls play a dual role in the "pit" and "family home" environments.

In the one hundred years that have passed since 1911, DogsBite.org would like to announce that very little has changed concerning the pit bull terrier and how its extreme advocates distort the truth about the breed's purpose: to fight to the death in a pit. Also in this announcement is evidence that pit bull fanciers (dogfighters of that period) had to victimize the pit bull by associating it to outcasts by 1911 due to the breed's widely recognized reputation of being violent.

Werner's "Outcast American" label has its roots in that time period. In 1911, the groups now termed "underprivileged" and "disenfranchised" were called "social outcasts." Just like pro-pit bull groups do today, Werner attempts to depict the pit bull as an anthropomorphized victim in 1911.1 Modern victimizing terms include "misunderstood," the "most abused breed" and "pit bulls have a bad rap," of which BAD RAP, a recipient of the Michael Vick dogs, based their name on.2

In the same 1911 Dog Fancier volume, Werner puts in a "good word for the pit dog" in a letter to the editor. It must be noted that Werner is a fighting dog breeder and understands that dogfighting as a legal activity has a limited future. To continue breeding pit bulls, there must be a new market for them, which according to Werner is inside the American home. Thus the name of his kennel, Pit to Home, and his attempt to alter the public's perception about this dangerous breed.

A Good Word for the Pit Dog
To the Editor of The Dog Fancier: 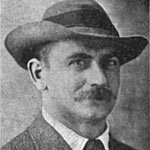 For the last ten years, continuously I have been the owner of Pit Bull Terriers and can truthfully say that I have, by practice, done what others advocate by preaching to the impart to the public in this city the fact that our noble dog does not need to be classified as a fighting dog pure and simple, useless for any practical purposes, but have tried to convince through my dogs and through those which I bred and sold that the much feared Pit Bull Terrier is one of the most intelligent as well as most loyal dogs that any man could ever own.

I pointed out, and that with considerable pride, that the gameness and fighting qualities of my own dogs always made them so much more valuable as protectors for my home and family during my absence and I have succeeded in overcoming prejudice of those who know me to be sincere in the argument that a real thorough bred Pit Bull Terrier was never known to be treacherous to those who treated him with kindness.
- Chas. Werner, New Orleans, La. (Dog Fancier, April 1911, Page 13).

The Much Feared Pit Bull Terrier

Why, by 1911, does the American public believe the pit bull terrier to be an outlaw dog breed and deservedly feared? From 1859 to 1911, nearly 30 people in the U.S. were mauled to death by pit bull type dogs (fatalpitbullattacks.com). This is what we know by searching newspaper archives today, including the Library of Congress. This number excludes deaths still undiscovered and the many destructive bulldog and bull terrier maulings that ended in lifelong devastating injury.

For over a century now, the public has distrusted the pit bull breed and for good reason: continuous maimings and fatal maulings.

In the June Dog Fancier issue, Werner further pleads his case that the "outlaw breed" ought to have a place in the American home. Werner tries to achieve this by twisting the recognized dangerous reputation of the breed into the "Standard Dog of America" that is suitable for all American homes. Thanks to Werner, we now know that the pit bull community has been distorting the truth about the pit bull breed for at least 100 years because there has been a dire need to.

The Standard Dog of America 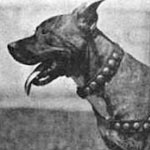 The American dog we see as a domestic in many of our homes today and who's breeding shows him to be a pit bull terrier represents in true light the mission of the dead game breed, namely, to be of true benefit to all mankind. This, then, must be the most typical American dog for the American public, for if the American Domestic Pit Bull Terrier is judged by the American standard he most certainly will come up to all requirements as requested by the American at home.

He is known to be faithful and loyal, man's best friend and companion, and shows that indomitable courage, by virtue of game breeding from the gamest strains of fighting dogs which the grand old pit bull breed ever produced, namely, the American. The sacrifice, which this heroic breed suffered in the days when it fought for its existence in the pit, has not been in vain. Man has repented -- true sentiment of sympathy for a dog willing enough to do battle to death has naturally aroused his pride in the possession and in the savings of such a grand and noble breed for future generations. The future is not in the fighting game where its existence can not be maintained, but its the brightest in company with the fancier who realizes we are in an age of progress in dog fancy when only true idealism in fancyism will bring to the highest standard any living breed in great dogdom...

True dog lover's sentiment, practical application of broad human principals based on a sense of justice to eradicate the evil of prejudices caused by the impression that the pit bull terrier is a fighting dog only, must be held by those who have the interest of the pit bull dog at heart. Only those who believe that he should not be any longer the martyr, but place true value on his life, know the fine and noble traits of character of the "outlaw" in his last retreat with us as our ideal dog in the American home. Welcome "Outcast," from Pit to Home.
- Charles Werner, New Orleans, La. (Dog Fancier, June 1911, Page 15)

By 1911, pit bull breeder Chas. Werner and other fanciers like him (and before him) had already created the fairy tale pro-pit bull propaganda bible, whose pages are read from everyday by modern day pit bull breeders, advocates and humane organizations, both local and national. What startles us the most, however, is that Werner managed to pack in so many distortion keywords into just a few paragraphs. We address some of these distortions thematically below:

Results of the Century Old Debate

There are two aspects that Werner had correct in 1911: Dogfighting would eventually meet an end and the only way to ensure the pit bull's survival was to "repackage" it with a purpose other than dogfighting. Werner and other pit bull fanciers needed to move fast too. Calls to banish the breed, believing it to be "more dangerous than a lion or tiger," were already occurring in America in 1911. By 1914, the City of Ogden, Utah has a pit bulldog ordinance in place.5

The same repackaging of the pit bull as the "Ideal American Dog" continues ad nauseam today, beefed up with slogans like, "It's all in how you raise 'em" and "It's the owner not the breed." Of the 29 fatal dog attacks so far this year, pit bulls contributed to 69% (20). Of these, 30% involved a pet pit bull killing its owner and 55% involved a pet pit bull killing a family member. Is the breed really the ideal dog as Darla Napora -- a BAD RAP devotee -- was led to believe?

1In the September issue, Werner adds, "elevation of the Pit Bull out of obscurity, from being the underdog in the dog world to the highest grade in classified dogology."
2Bay Area Dog Lovers Responsible About Pit Bulls.
3Significant humane organizations began forming in the United States in the second half of the 18th century.
4Furthermore, as depicted in a 1911 letter to The Dog Fancier, Werner would offer a brief dogfight match (also called a "roll") when a buyer visited his kennels.
5In a 1913 San Francisco newspaper, the Kennel Department section comments on "Pit Bull Terrier Ads" and refers to The Dog Fancier publication as an "unfortunate fighting-dog paper."