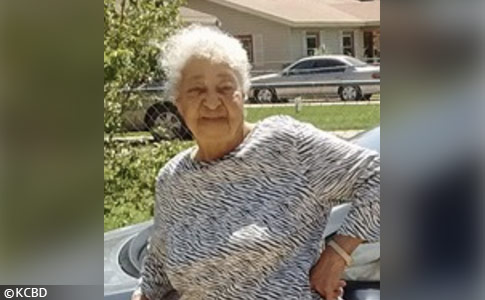 Johnnie Mae Garner, 88, died after she was attacked by a pack of dogs in Lubbock.

Charged with Felony
UPDATE 03/09/19: On Friday, police arrested Courtney White, 47, the owner of six pit bull-mixes that fatally attacked an elderly woman last month, in connection to her mauling death. White is charged with a second-degree felony count of "attack by dog." On February 27, Johnnie Garner, 88, was brutally attacked by White's loose dogs at her northeast Lubbock home in the 1800 block of East Colgate Street. She sustained life-threatening injuries and later died at a local hospital.

White was arrested a few hours after Lubbock police investigators presented their case to the Lubbock County Criminal District Attorney’s office. White was booked into the Lubbock County Detention Center Friday. White's dogs had a history of running loose and attacking people. Just two days before killing Garner, Roy Brown said that four of White's dogs attacked him after killing a dog. Brown suffered multiple injuries and was taken to UMC by ambulance after the attack.

The Texas felony dog attack statute (Health and Safety Code 822.005), "Attack by Dog," was enacted in 2007 and has two sections. White is likely being charged under the first: "with criminal negligence, as defined by Section 6.03, Penal Code, fails to secure the dog and the dog makes an unprovoked attack on another person that occurs at a location other than the owner's real property ... that causes serious bodily injury, as defined by Section 1.07, Penal Code, or death..."

Three days after White was arrested and charged, additional facts became known when the arrest warrant was released. On February 25, four of White's dogs attacked Brown and killed a dog. At that time, White called Lubbock Animal Services to turn over the dogs, stating he could no longer care for them or keep them secure. White reportedly showed investigators his call logs, which showed that he called the city agency two days before his pack of pit bull-mixes killed Garner.

According to White, the agency told him he needed to "make an appointment" to drop off the dogs and the earliest timeslot was March 1. Investigators said a portion of White's backyard fence was blown down and other parts of the fence were in disrepair. So, why didn't the agency seize White's dogs after they attacked Brown and killed a dog on February 25? Also, why did White have to wait four days to surrender his "biting" and dangerous dogs to an "open admission" city shelter?

Roy Brown cries during the KCBD interview after Garner was mauled and killed and states, "This lady did not have to die, she really didn't."

White's dogs killed Garner on February 27. At that time, animal services seized all six of his dogs -- no "waiting period" was required. The four dogs that attacked Brown and killed a dog on February 25 should have been in quarantine at the time of Garner's death. At the very least, White should have been able to surrender his dogs quickly after the February 25 attack. The Lubbock Animal Shelter and Adoption Center is open daily 8am - 6pm and Saturday 12pm - 4pm.

03/04/19: Dogs Euthanized
All six dogs involved in the mauling death of 88-year old Johnnie Garner were euthanized. Steven Greene, director of Lubbock Animal Services, said his agency responded to the scene last Wednesday and impounded the dogs. Greene described all six dogs as pit bull-mixes. Greene said he's never seen an attack that has caused death. "I've been here since August of 2013 with the department and I haven't ever seen an attack that's caused a death within the city," he said.

The death of Garner is the first dog bite fatality we have recorded in Lubbock County since 2005; the year that marks our data collection of all U.S. dog bite fatalities. The Fatal Pit Bull Attacks archive shows that Alva Rogers, 82, was killed by a pit bull in Lubbock County in 2000 and Aurora Gonzales, 64, was struck down by a pit bull in the county in 1997. All three victims were older females. There are no recorded Lubbock County deaths in the Fatal Rottweiler Attacks archive.

Just after we published this update, KCBD reported that a Lubbock man was attacked by four of these same pit bull-mixes just two days before they killed Garner. Roy Brown said the dogs attacked him in an alley as he was walking home. “That lady didn’t have to die, she really didn’t," Brown said. He said he unknowingly walked up on the pack of dogs after they had killed another dog. Then the dogs attacked him. Brown was taken to UMC by ambulance after the attack.

These previous attacks on a person and pet dog while being "at large" should prompt charges under the Texas felony dog attack law. Police have not released the name of the dogs' owner.

02/28/19: Pack of Dogs Kill Woman
Lubbock, TX - An 88-year old woman is dead after being mauled to death by a pack of dogs, Lubbock police confirmed. Police responded to the 1800 block of East Colgate Street about 6:30 pm Wednesday after it was reported that six dogs attacked her. "The reporting party came home and found his dogs had gotten out of his yard," police said. "He found them attacking his neighbor," police said. The victim was transported to Covenant Health where she later died.

Family members identified the victim as Johnnie Mae Garner. According to the police report, a neighbor told the dogs' owner that his dogs were loose and running around. The owner went into the alley to find them and heard Garner screaming for help. He found the dogs mauling Garner. He jumped the fence to help, but his own "pack of dogs" then charged him. Police have not released the dog owner's name, who apparently flagged down the officers to help them locate Garner.

In an evening update by Fox 19 News, identification photographs of all six dogs were released. Two of the dogs are pit bulls. The rest appear to be part pit bull. The dogs may be related too -- siblings or offspring. In the City of Lubbock, no residence shall harbor more than four adult dogs. Any person desiring more must apply with the director of animal services for a multipet permit, which requires a premises inspection to determine compliance and renewal every two years.

Garner's death marks a string of women killed by a pack of loose dogs, starting with Dianne Reves, 70, who was killed by seven dogs belonging to her neighbor on January 9 in Grenada, Mississippi. Reves had worked for years as a nurse. She died alone in her backyard. On January 16, Lana Bergman, 70, was mauled to death by a pack of loose pit bulls on her own property in Joshua Tree, California. The dogs belonged to unwelcome squatters staying on her property.

On February 9, Angela Johnson, 54, died following a brutal mauling late last year. On December 15, Johnson was hanging laundry in her yard in rural Anza, California when three loose pit bulls attacked her. On February 18, Brenda Hamilton, 77, was attacked by a suspected pack of dogs near her home in Pentago, North Carolina. She died two days later. Hamilton had been an English teacher at Pungo Christian School since 1968 and was known as the school's "matriarch."

Finally, just two days ago, Bessie Peterson, 88, was discovered horribly injured by a pack of dogs on her own property in Pickett County, Tennessee. She was airlifted from the scene to Vanderbilt Medical Center where she later died. The pack of dogs are alleged to belong to a neighbor. No breed information or description of the dogs has been made public. Garner's death marks the sixth female victim, aged 54 to 88, in this series of similar fatal pack attack maulings since January 9.

Despite each death involving a pack of loose dogs and negligent owners, no criminal charges have been filed in any case yet. Local and state dog attack statutes are so deficient in the U.S. that even when a "pack of dogs" -- which by definition is "dangerous" -- escapes a dog owner's property and savagely mauls a person to death, authorities are slow-moving at best and at worst, they throw up their arms and say, "My hands are tied. There is no statute to charge under."

In each case, the women were on their own property when the dogs attacked, except for Hamilton, who was taking her routine morning walk on Indian Run Road near her home. After Johnson was brutally attacked, her son published an update on her GoFundMe page. "She was lifeless when family found her. Her eyes were stuck as wide open as could be … and that terrified expression stayed on my mom's face, until she was airlifted to Desert Regional Hospital," her son wrote. 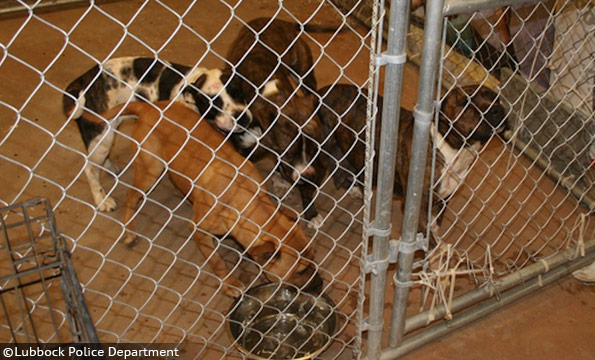 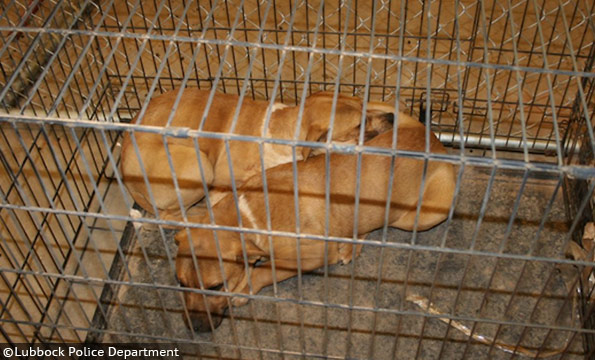 Two of the six dogs involved in the fatal mauling of 88-year old Johnnie Mae Garner.

Baseline reporting requirements:
Law enforcement departments across the United States should release consistent "baseline" information to the media and the public after each fatal dog mauling, including these items.
Tweet
Share534
Tweet
Share534
Donate Now