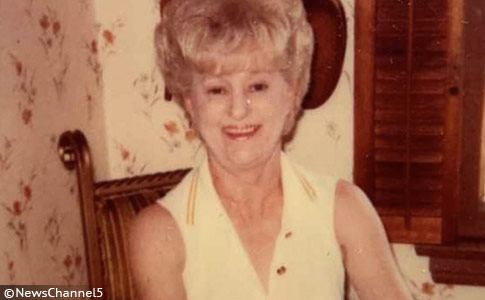 Bessie "Jill" Peterson, 88, died Tuesday after being mauled by a pack of dogs.

Owner Faces Two Felonies
UPDATE 09/10/19: On August 13, the Pickett County Grand Jury indicted Holland "Holly" Evans of Pall Mall in connection to the death of 88-year old Bessie Jill Peterson. On February 26, Jill was savagely attacked and killed by a pack of six dogs. Her sister, Nina Brown, 85, witnessed part of the attack. "They dragged her down the yard and all of her clothes were off, her shoes, everything. They tore all of her hair out, the casket can't be open, it's like a nightmare," Brown said back then.

The attack occurred in Jill's backyard. Evans, who owns the dogs and resided next door, now faces two felonies: 1.) Dogs running at large causing death, a Class D Felony and 2.) Criminally negligent homicide, a Class E Felony. Evans is currently being held at the Fentress County Jail, with a bond of $500,000. An arraignment hearing is scheduled for November 14. District Attorney General Bryant Dunaway had attempted to indict Evans in April, but that grand jury declined.

The Pickett County Press did not run this article online. Kim Brown is a niece of the victim. Evans has multiple aliases, including: Holland "Holly" Evans-Delk, Holland Hugh Evans and Holly Evans.

04/24/19: Report Clarifies Breeds Involved
The local newspaper, The Pickett County Press, recently clarified the breeds involved in the brutal mauling death of 88-year old Jill Peterson. Sheriff Dowdy stated that the veterinarian report determined that each of the six dogs is a mixed-breed. One of the dogs "could have had some type of shepherd mix," reports The Press, but none of the dogs had pit bull features. No photographs of the attacking dogs were released. The owner of the dogs remains unnamed.

"This is a very sad situation. Once we gather the facts, we'll determine if there's criminal liability or not." - District Attorney Bryant Dunaway

The vicious pack attack occurred on February 26 while Peterson was in her own backyard. Her sister Nina Brown witnessed part of the deadly mauling. "They drug her down there in the yard and all of her clothes was off. They just tore them, her shoes and everything. All of her hair is out. The casket can't be open," Brown said back in February. District Attorney Bryant Dunaway said his office would likely present this case before the Pickett County grand jury at the end of April.

Previous news reports stated that authorities had been contacted about these dogs in the past. Through a records request, The Press was able to review the Pickett County Sheriff call logs pertaining to any calls at Evans Lane about dogs. They found five calls regarding dogs that began on July 7, 2016 with the last being placed on May 8, 2018. The calls were made by different people for complaints of "unidentified" dogs barking and approaching people, reports The Press.

02/28/19: Sister Shares Attack Details
Bessie "Jill" Peterson's sister, Nina Brown, shared the horrific details of her sister's violent dog mauling death with News Channel 5. On Tuesday, Jill went out to the back of her home to clear a drainage ditch after recent heavy rains. A pack of six German shepherd-mixes came up behind her and viciously attacked her. "They dragged her down the yard and all of her clothes were off, her shoes, everything. They tore all of her hair out, the casket can’t be open," Brown said.

"Whatever she (the owner) gets, it won’t be enough," Brown said. "She knew the dogs were dangerous and did nothing about it." - Nina Brown

Brown, who is 85, witnessed part of the attack. She tried to intervene, but three of the dogs charged her. "They started after me and I had to call 911," Brown said. Peterson was airlifted to Vanderbilt University Medical Center where she later died. The dogs belong to a neighbor who lives behind her home. Over the years, prior incidents by these dogs had been reported to authorities. District Attorney Bryant Dunaway said the dog's owner could face homicide charges.

02/27/19: Pack of Dogs Kill Woman
Pall Mall, TN - An elderly woman is dead after being attacked by a pack of dogs, Pickett County Sheriff Dana Dowdy said today. The attack occurred Tuesday about 5:00 pm. Deputies responded to a 911 call at 161 Evans Lane. Bessie Jill Peterson, 88, was airlifted from the scene to Vanderbilt Medical Center where she later died. Police believe six dogs inflicted the mauling and are alleged to belong to a neighbor. The 13th Judicial District Attorney's Office is aiding in the investigation.

Pickett County is the least populated county in Tennessee with just over 5,000 estimated people. Peterson only had one residential neighbor, according to Pickett County property records. The two other nearby properties are classified as agricultural. Limited information is being released by the sheriff at this time. No description of the dogs has been made public. In early February, in another small town along the Tennessee and Kentucky border, a family pit bull fatally mauled a baby boy.

The most recent news from Tennessee is a $2.5 million dollar verdict awarded to a family after two pit bulls killed William Parker in 2010. For seven years, his daughter and her mother fought a legal battle against the apartment complex where the pit bulls were kept. They sued management, Epstein Enterprises, and the property owner, Longview Heights Partners, saying they knew or should have known of the dogs' vicious propensities. The dogs had attacked people before.

Our records show there have been at least 11 fatal dog maulings in Tennessee since 2005. Nearly half of these deaths occurred over the 2-year period of 2005 to 2006. In February 2017, two English mastiffs killed a 5-year old boy in Clarksville, another northern Tennessee city. In November 2015, Anthony Riggs, 57-years old, was brutally killed by a rottweiler he had adopted just hours earlier from Jackson-Madison County Rabies Control -- the county animal shelter. 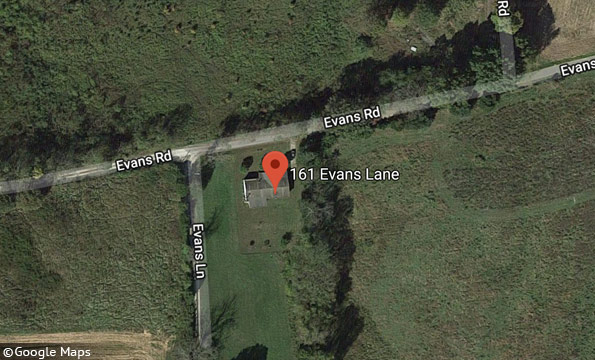 The location where a pack of dogs fatally mauled Bessie "Jill" Peterson in Pall Mall.

Baseline reporting requirements:
Law enforcement departments across the United States should release consistent "baseline" information to the media and the public after each fatal dog mauling, including these items.
Tweet
Share507
Tweet
Share507
Donate Now