The Media Should Ignore Them. Instead, They Often Flock to Them. 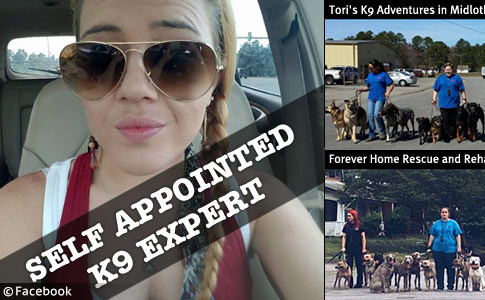 2017 photographs of the year focus on young, self-appointed canine "experts."

DogsBite.org - This year we chose a series of images that portray young, self-appointed canine "experts" who drew attention to themselves due to their lack of understanding canine behavior. All three were part of a Tweet we sent out January 1. Tori Trent who runs Tori's K9 Adventures, a day school and boarding facility in Virginia, is the first image. After Bethany Stephens' two pit bulls mauled her to death then ate her, Trent launched a crusade claiming her pit bulls were innocent.

"These dogs did not do this especially in the manner it was explained and as 1 of the top K9 behavior experts you could ever meet - I want to speak to any news stations and all investigating parties involved by speaking on and explaining K9 behavior," Trent stated on her Facebook page. "Things do not add up due to k9 behavior and instinct," Trent went on, and "I could extremely help this investigation simply speaking on K9 behavior, knowing these dogs, and knowing Bethany!"

Trent's ignorance-driven conspiracy theories were then bolstered by irresponsible media outlets, which spread the deceptions further.

We created the central image, which shows Trent's Facebook profile image and parts of her Facebook post claiming her "expertise" after a fatal dog attack involving predation -- an area of canine behavior where she has zero "expertise." Trent's crusade helped fuel a tsunami of misinformation on social media, which negatively impacted the Goochland County Sheriff's Office investigation and forced Sheriff Agnew to give a second press conference to halt the rumors. 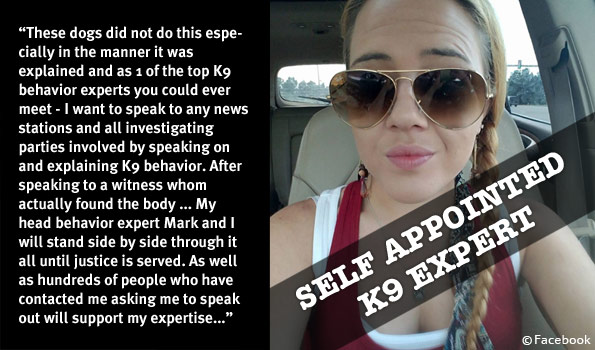 Our January 1 Tweet contains the other two images in this series. The first shows employees at Tori's K9 Adventures taking 14 dogs on a pack walk. The second shows employees of Forever Home Rescue Center taking 20 dogs on a pack walk in Virginia Beach. In late May, Forever Home adopted out a pit bull that required a shock collar as a condition. When the adopter removed the collar a few hours later, the dog immediately attacked and killed the adopter's elderly mother.

The two owners of Forever Home, Toni Enright and Jamie Cochran, are also self-appointed canine "experts," who self-describe as "disciples of Cesar Millan" and that his "pack-based philosophies struck a cord." Both are bent on "saving" dangerous dogs from humane euthanasia through their talents of magical rehabilitation. Forever Home also did not disclose to the adopter that the pit bull, which snapped into kill-mode, had a history of bites, aggression and "lack of impulse control."

The images show two sides of the same coin: a self-appointed canine "expert" who disrupted an investigation and another who triggered one.

Cesar Millan has long been seen walking or rollerblading with a pack of leashed dogs. There is no doubt that Millan has inspired a generation of young, self-appointed canine "experts." It is one thing to train puppy bootcamp and obedience (Tori's K9 Adventures) or to slap a shock collar on a dog with a bite history and "lack of impulse control" (Forever Home). It is quite another to be a real expert in canine aggression, unpredictable pit bull aggression or a vicious fatal dog mauling. 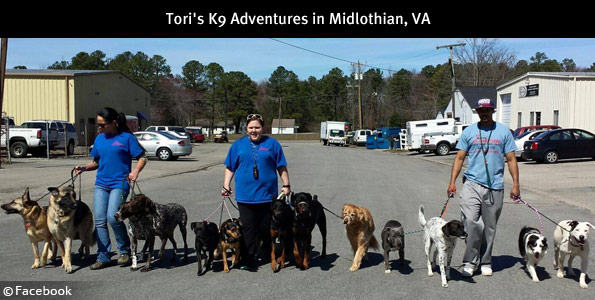 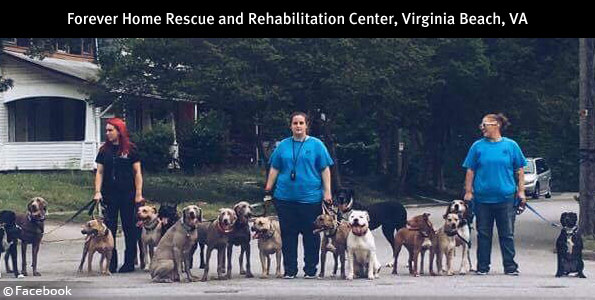 There is no such thing as a 24-year old canine "expert." Simple logic says this is not possible. Tori Trent never should have been given a microphone after a horrific fatal pit bull mauling that resulted in post-mortem predation; an area of research that Trent still may not know exists. Yet, very commonly after a fatal pit bull attack, the media looks to young, primarily female, dog trainers and pit bull rescuers as an "expert" source to explain these gruesome, deadly dog attacks.

"As I had said earlier, this was an absolutely gruesome scene. Mrs. Stephens was terribly, terribly injured..." - Goochland County Sheriff James Agnew

The fact is, these types are now hindering serious investigations by law enforcement after fatal dog maulings and are also triggering these investigations by adopting out dangerous dogs they claim they have rehabbed, which go on to seriously injure or kill a human being. The number of "charlatans" among pit bull "rehabbers," trainers and rescuers is too great to count. The media should be extremely cautious from a public safety standpoint in presenting them as "experts."

10 thoughts on “Photographs of the Year: Young, Self-Appointed Canine 'Experts' in the Wake of Vicious Fatal Pit Bull Maulings”