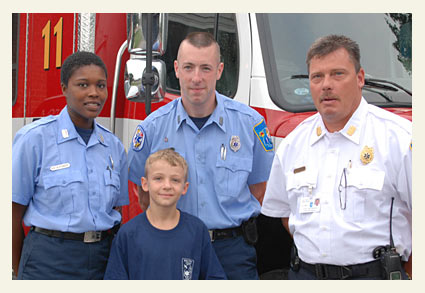 I am researching and writing a journal article for one of our law journals (the Journal of Law, Economics, and Policy) and am focusing on the rise in Breed Specific Laws and their negative effect on the community. - Meagan Dziura

I'm a step beyond the ANIMAL PEOPLE editorial board position. I very strongly favor the Ontario model, which grandfathered pit bulls in the province at the time their breed-specific law was passed, but does not allow the breeding or import of pit bulls, including their lookalike mixes and close relatives.

My major disagreement with the Ontario model is that it does not cover Rottweilers, who are also about 11 times more likely to kill or disfigure humans & other animals as the average dog, but are much less over-represented in animal shelter intakes and killing.

I don't see any negative effects on communities from breed-specific legislation.

What I see are much safer, healthier communities, where people can jog,
bicycle, play in front yards, and walk their dogs without fear of a pit bull leaping over a fence or out a window or through a screen door or popping up at large out of nowhere, killing or maiming their victims without, in most cases, any previous bite history and any prior warning.

What I see are communities where dogs are again welcome everywhere, as they were during my childhood and youth, before the proliferation of dangerous dogs led to bans on all dogs in many public places, even though more than 80% of the incidents resulting in the prohibitions resulted from the behavior of just one breed type, the large molossers (including pit bulls, Rottweilers, and mastiffs.)

What I see are communities where drug dealers & other criminal elements either prefer not to live, since they cannot keep dangerous dogs to guard their wares, or at least are much less dangerous to their neighbors and law enforcement.

What I see are communities where firefighters -- and I am a former firefighter -- can enter a burning building safely to do a room-to-room search, without risk of opening a door to release a dog who may be more dangerous than the fire itself.

What I see are emergency room physicians who no longer have nightmares about the degloving injuries, especially to the heads of small children, that are typical of pit bull, Rottweiler, and mastiff attacks.

What I see are lawyers screaming their heads off because they are no longer making huge sums representing the owners of dangerous dogs on the one hand and the victims of dog attacks on the other.

And of course I see animal rights activists screaming, without noticing that communities with breed-specific legislation are killing not only a fraction as many pit bulls as those without, but a fraction as many dogs. I don't see any rational reason why anyone who loves dogs would oppose legislation which, if in effect nationally, would prevent the births and premature deaths of more than 900,000 pit bulls per year.

Reality is that opposition to breed-specific legislation favors just three interest groups: dogfighters, people who want to keep dogs as weapons, and breeders of pit bulls, Rottweilers, and other large molosser dogs.

Contrary to common claim, there is no verifiable history of pit bulls in particular having ever been "nanny dogs" or popular household pets. There is, however, quite a long history of pit bull advocates lying quite demonstrably about the realities of pit bulls, dog attacks, and the pit bull record over the past couple of centuries.

And there is also quite a long history of well-meaning young people being taken in by the big lies amplified by the fronts for the pro-pit bull interest groups.

See next several e-mails & the attachment for documentation.

Readers may have favorite parts of Clifton's response, but his response could not be more concise in nailing not only the primary public health and safety concerns these types of dogs pose, but also the enormous shelter killing rate of pit bulls and their mixes. Despite immense efforts
undertaken by humane groups to "adopt their way out" of the unwanted population of pit bulls clogging open admission shelters, pit bull euthanizations still hover above 930,000 annually.1

Bottom-line: 1.) Opposition to breed-specific legislation favors just three interest groups: dogfighters, people who want to keep dogs as weapons, and breeders of pit bulls, rottweilers, and other large molosser dogs, 2.) There is quite a long history of pit bull advocates lying quite  demonstrably about the realities of pit bulls, 3.) There is quite a long history of well-meaning young people being taken in by the big lies amplified by the fronts for the pro-pit bull interest groups.

Some of these young people pay with their lives.