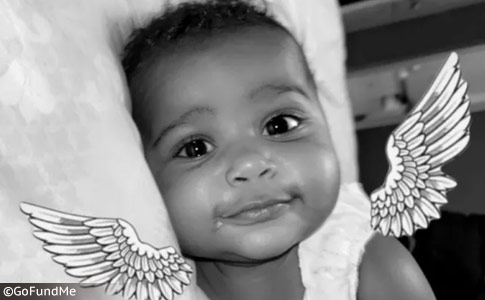 Serenity Garnett was killed by a dog while under the care of her great-grandmother.

Great-Grandmother Charged
UPDATE 03/25/22: The great-grandmother of a baby girl killed by a large, muscular family dog earlier this week has been charged with second-degree murder in connection to her death. Migdelia Guadalupe, 56 -- who suffered lacerations and puncture wounds in the attack -- was released from the hospital today and arrested. Guadalupe was charged with possession of methamphetamine and second-degree murder, according to the Columbia County Sheriff’s Office.

"There are additional details that led to these charges that will not be released at this time," the sheriff’s agency said in a statement.

No bond was granted to Guadalupe. Second-degree murder charges indicate prosecutors believe Guadalupe had knowledge of the dog's vicious propensities. In Georgia, the charge specifically relates to children too. "Murder in the second degree involves the death of a person while committing the offense of cruelty to children in the second degree," states the Black Law Offices website. The Georgia penal code states this offense is "irrespective of malice" as well.

Guadalupe was renting the property, according to authorities, and was the only renter living at the home. The dog belongs to Donna Marie Mills, 58, who co-owns the property with her brother, Danny Mills, 55. Donna is incarcerated, and Danny Mills does not live at the home, authorities said. Online court records for Columbia County indicate that a warrant for Donna's arrest was issued on January 11, 2022. It's unclear how long Guadalupe had been living at the residence.

The WRDW article also confirms that "Blade," as seen on Donna's Facebook page before she deactivated it, is the offending dog. Previous incidents causing animal control officers to visit the home include: Blade being attacked by another dog in 2017 and first responders being kept from providing medical care to the owner due to the dog's guarding, also in 2017. Apparently, authorities were not notified after Blade killed a previous renter's small dog several years ago.

That woman, the owner of the dog, is currently incarcerated, but her brother "responded to the scene and was advised of the situation," states the police incident report. The child's mother arrived at the scene before the ambulance's departure and followed the girl to Augusta University Health, where her baby was declared dead. The great-grandmother continues to recover at the hospital. At this stage, investigators still do not know what led to the multi-victim dog attack.

WRDW had previously spoken to Tim Jardine, who lives just down the street. He's lived in the Columbia Drive neighborhood all his life. Jardine recalled a past incident when the dog's owner had a seizure. "My friend and I had to occupy the dog for them to get in there and get the woman to the hospital," he said, referring to the paramedics. His sister-in-law, Amanda Jardine, agreed. "It won’t let anyone come near anybody," she said. The canine remains in a 10-day quarantine.

The child's grandmother, Rosalie Rivera, told WJBF that she was the first person to learn about the attack. "I did not think it was this serious," she said. She thought Serenity was just bitten by a dog. "I wouldn’t wish this pain on anybody. I know she was my granddaughter, but she was my favorite girl," she said. "I can’t imagine my life without her, and she’s only been in it for 7 months." The GoFundMe for Serenity, to help pay for her funeral costs, has raised over $13,000 so far.

After a flurry of horrific dog attacks reported this week in US and UK media, a commenter shared that another account was published about this attack. A woman who formerly rented and lived at 3701 Columbia Drive, said the same dog that killed Serenity, also killed her pet chihuahua and injured her. "It killed my dog, and it maimed my hands," she said. The woman chose to remain anonymous -- after all, the owner of the attacking dog, Donna Mills, is currently incarcerated.

The former roommate who is speaking out lived at Mills' home a little over three years ago. "She stumbled when she went to go feed the dog. The dog jumped this big, old board they had set up so he couldn’t get out or couldn’t come in the house, came straight down the hallway and snatched my dog. Banged her against the walls, broke her neck, broke her back. It was horrible,” she said. She described the attacking dog, who we suspect is "Blade," as a "huge dog." 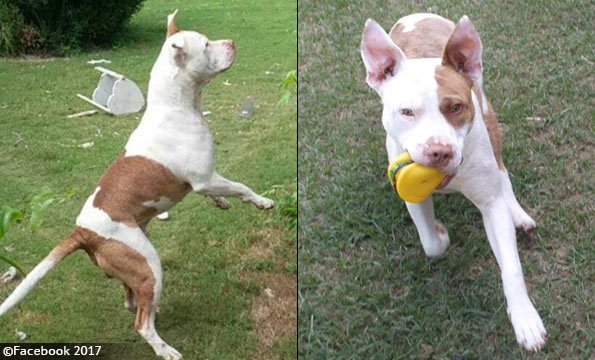 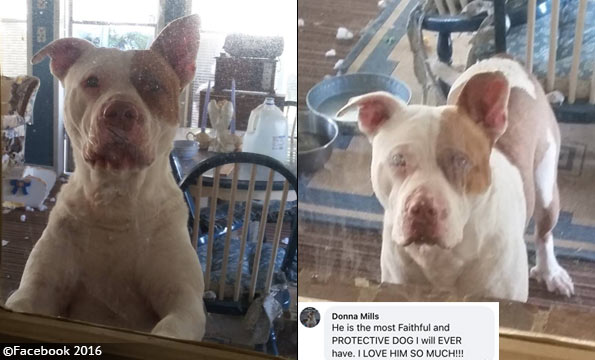 Police first called this dog a pit bull then classified it an "American Bulldog-Great pyrenees mix."

The Columbia County Sheriff’s Office described the dog as an American bulldog-Great pyrenees mix. Neighbor Steven Fox said the male dog "had muscles coming out the wazoo" and that the grandmother "didn't have the strength to deal with that dog." When he got out occasionally, it was very hard to get back," Fox said. At least two "Beware of the Dog" signs hung on a fence at the home. Thus far, no photograph of the dog, initially described as a pit bull, has been released.

Followers of this blog know that this type of preventable fatal dog mauling to a child is an "endless, reoccurring scenario." A grandparent with one or more powerful dogs, most commonly pit bulls or rottweilers, that kills a visiting baby or toddler while under their watch. Steven Fox described the grandmother's relationship with her dog aptly. She "didn't have the strength to deal with that dog." Yet, she still kept the powerful animal and allowed it to be in contact with a defenseless baby.

(Just after 11:00 pm Central Time, we discovered that Augusta Crime had located the baby's GoFundMe page and clarified that the child was under the care of her "great-grandmother.") 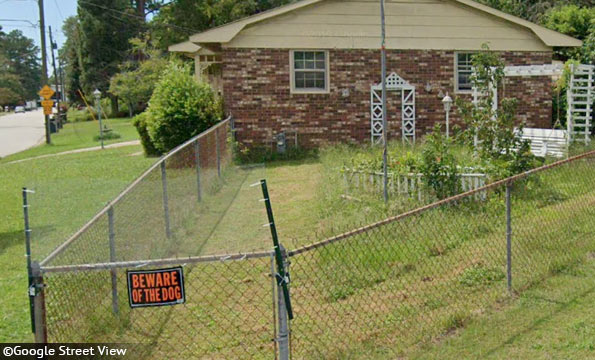 At least two "Beware of the Dog" signs hung on the fence of the dog owner's home in Martinez.

Baseline reporting requirements:
Law enforcement departments across the United States should release consistent "baseline" information to the media and the public after each fatal dog mauling, including these items.
Tweet
Share297
Tweet
Share297
Donate Now