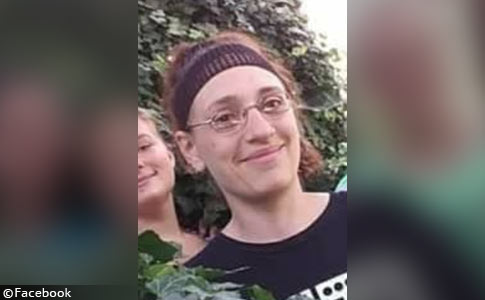 Brandy Boschen-O'Dell, 41, was killed by one or more pit bulls in Bay City, Michigan.

Boyfriend's Dogs
UPDATE 11/12/19: On November 1, the Bay City Department of Public Safety reported they were dispatched to a residence in the 3200 block of Westshore Drive. On their arrival, they found a 41-year old woman deceased. An autopsy determined her death was caused "from several bites made by one or more dogs that were pets." Two pit bull-type dogs were removed from the home. One media outlet was at the scene and noted a fight breaking out among family members.

Three days later, police identified the victim as Brandy Joy O'Dell. Also on November 4, Craig Goulet, supervisor of Bay County Animal Services and Adoption Center, confirmed that both dogs were pit bulls. On November 5, it was reported that a third dog was briefly seized and later returned, a chihuahua. It was also reported that it was O'Dell's "live-in boyfriend" who called 911 after returning home and finding her, Bay City Public Safety Capt. Caleb Rowell said.

Multiple headlines stated that O'Dell was killed "by her dogs." But on November 5, it was reported O'Dell had been "alone with the dogs for less than one day" prior to the lethal attack, indicating a new situation. Many of O'Dell's family members own pit bulls and O'Dell had owned them in the past. O'Dell's live-in boyfriend, who is mentioned in her obituary as a "very special friend and companion," owns two pit bulls and a chihuahua and lives in the 3200 block of Westshore Drive.

The two pit bulls, Chester and Rocket, are males. Chester is at least five years old; Rocky is only about two years old. O'Dell's mother, Cindy Lamb, commented on the Bay City Department of Public Safety's Facebook post: "I'm the mother and found her, you didn't see what I did." She "loved her dogs" and had three, but "only one did this, the older one, maybe because he's older." Lamb also states on the post, "dog is down." We assume this means Chester was put down.

On November 15, MLive.com confirmed the dog details from records obtained via a Freedom of Information Act request. Investigators believe that only Chester carried out the fatal attack. The dog's owner, her live-in boyfriend, said she had "no problems handling the dog." The boyfriend also told police that O'Dell told him that Chester had previously bitten her, but she told other people the injury was from a box cutter. Both Chester and Rocket are scheduled to be euthanized. 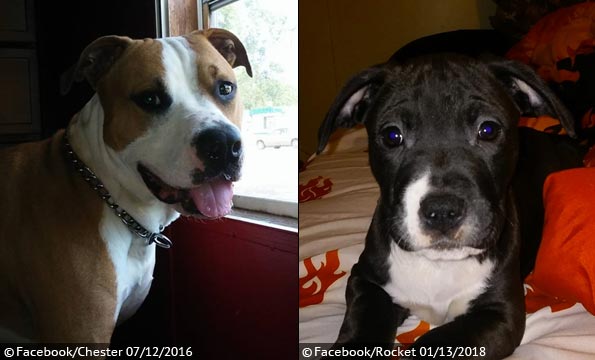 11/05/19: Ownership Questions Remain
New information released by police states the attacking dogs had been alone with the victim for less than one day. On November 1, Brandy O'Dell, 41-years old, was discovered dead in her home after being mauled by one or more pit bulls. O'Dell's live-in boyfriend found her body and called 911. "The boyfriend had put [the dogs] in crates before police arrived," Bay City Public Safety Capt. Caleb Rowell told MLive.com. Animal control removed them without difficulty.

Police still have not determined if one or both pit bulls were involved. Police did not explain the short time period or who in fact owns the dogs.

"We're still trying to gather some information," Rowell told MLive.com. "We're trying to find out if there is any history of the dogs biting or attacking anybody else to see if (the owners) should have known the dogs were vicious and if anything could have been done to prevent it," Rowell said. "We're interviewing family, neighbors, and friends to see if they know anything about the dogs, if they bit any people in the past." Notably, the title of the article states: "killed by her dogs."

11/04/19: Pit Bulls Kill Female Owner
Bay City, MI - A 41-year old woman died Friday after being attacked by her pit bulls. Officers from the Bay City Department of Public Safety were dispatched to a residence in the 3200 block of Westshore Drive in the Westshore Estates Mobile Home Park at 2:55 pm Friday. Brandy Joy O'Dell was discovered deceased inside the home. The Bay County Medical Examiner's office determined her death "was caused from several bites made by one or more dogs that were pets."

The NBC 25/FOX 66 news coverage shows family members crying at the scene Friday afternoon and a fight breaking out among family members. One person is handcuffed by police in front of a police cruiser. Police said Friday the situation was not "cut and dry" then hauled away two pit bulls that were inside the home. The victim was identified Monday after an autopsy was performed over the weekend. It is not known whether one or both pit bulls were involved in the deadly attack.

O'Dell's fatal dog mauling marks another female 30 to 49-years old killed by her own pit bulls. So far in 2019, there have been 7 owner-directed fatal attacks. The age range of these owners is 31 to 67-years old and 6 of these victims, 86%, were female. 4 of the 7 attacks, 57%, were carried out by pet pit bulls. Last month, we released new statistics to better understand fatal pit bull attack victim trends. Women ≥ 30-years old are now the most frequent victim of fatal pit bull maulings.

Baseline reporting requirements:
Law enforcement departments across the United States should release consistent "baseline" information to the media and the public after each fatal dog mauling, including these items.
Tweet
Share632
Tweet
Share632
Donate Now