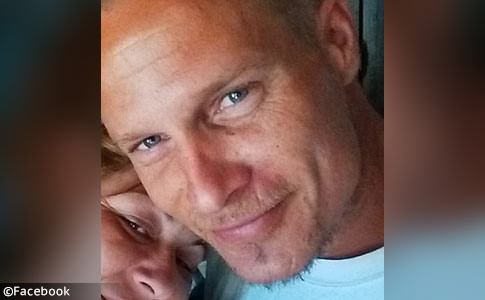 Edward Cahill, 40-years old, was mauled to death by his pet pit bull on Christmas Day.

Coroner: "So Obvious"
UPDATE 12/30/14: As noted earlier in footnotes, it is unusual for a coroner to forego an autopsy after a fatal dog attack. Porter County Coroner Chuck Harris listed the cause of death as exsanguination, massive blood loss. "This is so clear cut," Harris explained. "There’s no reason for me to spend $2,500 of the taxpayers’ money on something so obvious." Edward Cahill, 40, was brutally killed by his pet pit bull on Christmas Day. He had owned the male dog for 8-years.

Animal control officer Bill Garner said his department handled a call "years ago" about one of the two pit bulls at the residence running at large, but received no other complaints about the animals before the Christmas Day fatal attack. It is unknown what the family will do with the second pit bull that was uninvolved in the deadly attack. Cahill's wife, Blanca Rodriguez, discovered her husband unresponsive on the floor covered in dog bites when she arrived home after visiting relatives.

12/26/14: Pit bull Owner Found Dead
Portage, IN - A man was found dead in his home on Christmas night after being mauled to death by his pet pit bull. Edward Cahill, 40-years old, suffered massive blood loss from bite injuries to his arms and face by his pit bull, according to Porter County Coroner Chuck Harris. Cahill was pronounced dead at his home at 5586 Tulip Avenue; Harris ruled his death a dog mauling. Cahill's girlfriend arrived home about 8:00 pm and found him on the floor unresponsive, Harris said.

Two pit bulls were in the home when police arrived. Harris confirmed that Cahill's pit bull, named FatBoi,1 was responsible for the deadly attack. The other pit bull, named Keylo, did not have access to the victim. "It was the only dog that was able to get to the individual," Harris said. "It was very obvious." FatBoi was taken to the Humane Society of Hobart and euthanized on Friday. At the time of the fatal mauling, FatBoi was depicted as the victim's Facebook cover image.

Cahill's girlfriend, Blanca Rodriguez, (also called his wife in another news article) told police officers she and Cahill owned two pit bulls and they gave them each large bones on Christmas Eve, according to police reports. The girlfriend told police that FatBoi was extremely aggressive and protective of his bone.2 Additionally, she had warned Cahill to euthanize FatBoi in the past because the dog was "extremely aggressive and unpredictable," according to police reports.

Police reports state that Rodriguez was living at the residence with Cahill, but had been visiting family since about 2:00 pm that day. She reportedly spoke to Cahill on the phone about 5:00 pm and "everything was fine." Rodriguez arrived home about 8:00 pm and found him dead. No one witnessed the attack, according to Harris. The coroner's office took possession of the body, but no autopsy is planned.3 Police had to run "multiple" Taser cycles on FatBoi to subdue the animal.

According to police reports, animal control was not able to get the trap line around the dog's neck prior to the end of the 5-second Taser cycle, so he allowed the Taser to cycle through until they could gain control of the dog.

Once they managed to place the trap line around the pit bull's neck, he was removed from the residence and taken to an animal control van, according to police reports. Police reported that Fat Boy bit the trap line in such a manner that he caused his mouth to bleed until he was secured in the van. - Sara Gollner, nwitimes.com, December 26, 2014

The couple had owned both of their 8-year old pit bulls since they were puppies. After the initial news reports, which released the coroner and police report details and Rodriguez's statements to police about FatBoi's previous aggression, Rodriguez backtracked from her statements saying the couple had never had any problems with FatBoi in the past and, "I don’t want people to think bad of pit bulls," Rodriguez told WGNtv. "It was a freak accident. He loved our dogs," she said.

As in the case of Darla Napora and many other fatal attacks inflicted by a family pit bull, Rodriguez then began calling the deadly attack a "freak accident." Also like the Napora case, whose husband buried her and her unborn child with the male pit bull who killed them both, Rodriguez appeared to state a similar burial arrangement. Just after the dog was euthanized, she told WGNtv, "He's going to go with his Dad to his resting place. He will be cremated and he will be buried with his father."4

Rodriguez also told WGNtv, "Maybe he might have been playing keep-away (with the bone) because we would do that." Despite this unwise alleged activity with a pit bull -- no one alive witnessed the attack -- and that Eddie Cahill commented on his Facebook page as recently as December 10 about the aggression FatBoi displayed when interfering with his bone, none of this should have resulted in a ghastly attack that left Cahill mangled, drained of blood and dead.

Unlike nearly all other dog breeds, the "zero margin of error rule" applies to pit bull owners. This rule is discussed at length in Beyond the Interview - Essay of a Fatal Pit Bull Mauling. In a nutshell, despite 8-years of caring for the dog with countless walks, play sessions and sleeping with the dog, and even seeing aggression in the context of "keep-away," only pit bull owners have to be concerned that death can result at slight or modest errors -- the zero margin of error rule. 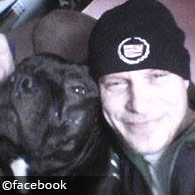 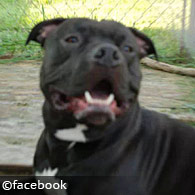 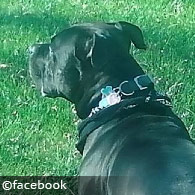 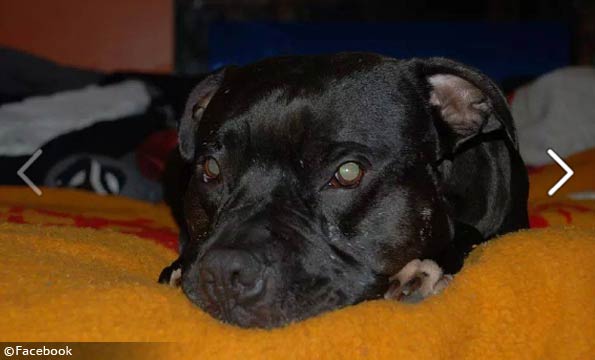 1Spelled "Fat Boy" in the police report and "FatBoi" by the victim. FatBoi is a famous hip hop producer.
2In a December 10 Facebook post, the victim comments on touching FatBoi's bone in a before and after photo.
3No autopsy in a fatal dog attack is extremely unusual. Talk about "evidence beyond a doubt" the dog was the killer.
4We reviewed the WGNtv interview again on the 28th. Was Rodriguez referring to Cahill being buried with his father or was she referring to FatBoi being buried with Cahill (his master, father)? It's actually a tough call -- both are believable, and, visuals and audio before and after her burial arrangement statement, sandwiching it, focus on saying goodbye to FatBoi and the dog's euthanasia. If the former is the case, the video edits make this murky.