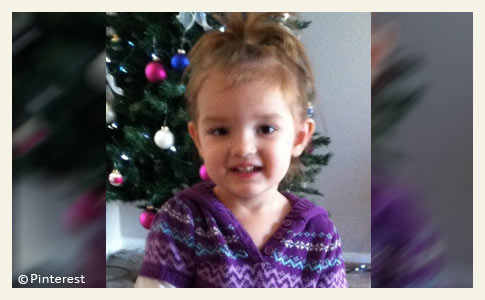 Savannah Edwards, 2-years old, was killed by a rescue pit bull near Topeka.

Past Law Clarification
UPDATE 12/16/12: A Sunday article by the Topeka Capital-Journal clarifies the history of Shawnee County. The county has never had a breed-specific ordinance, though the City of Topeka, which is the county seat of Shawnee County, once did. Topeka repealed the ordinance in 2010 and now boasts a "behavior-based" ordinance rather than a "breed-based" one. Savannah Edwards was killed by a "rescue" pit bull in Shawnee County, outside of Topeka city proper.

The child was visiting a relative with her mother on Thursday at a home on Cross Street when a rescue pit bull belonging to a tenant of the residence attacked. Savannah was rushed to a hospital in Topeka, but did not survive. There is still no information about how long the pit bull had lived at the residence or what shelter it came from. The family has requested the media not contact them. As of Sunday, the Shawnee County Sheriff's Office also has not released this information.

12/14/12: Dog-Aggressive "Rescue"
WIBW.com shows footage of the red-nosed rescue pit bull being directed into the county animal control vehicle and interviews several neighbors. Ruth Courville, who is new to the neighborhood, told the news group she had only seen the dog one time and it appeared amicable. Neighbor's who did not want to appear on camera, however, told WIBW that the owner warned them that his "rescue" pit bull was dog-aggressive and that it would attack other dogs if given the chance.

In this case, the "neighborhood suitable" dog-aggressive pit bull was also human-aggressive and struck down the life of an innocent young child.

It's bad enough to place a neighborhood's beloved pets at risk with these types of dogs, which by default also places their owners at risk who will and do receive serious and sometimes fatal injuries trying to save their pet when under attack. This risk shoots off the charts when it comes to dog-aggressive pit bulls, a breed of dog already artificially engineered through selective breeding for explosive dog aggression for the sole purpose of attacking and killing dogs in a fighting pit.

After publishing this post Friday night, the WIBW news story was updated to include the identification of the victim. Savannah Edwards, 2-years old of Topeka, Kansas is the 207th American killed by a pit bull since the CDC stopped tracking deaths by dog breeds in 1998.


12/14/12: Pit Bull Kills Child
Topeka, KS - A 2-year old girl who was attacked by a pit bull on Thursday has died from her injuries. Earlier reports said the child was airlifted to a Topeka hospital with life threatening injuries. The little girl and her mother were visiting a tenant when the tenant's dog suddenly attacked the girl. The tenant is related to the child's mother. Authorities said the dog is a 6-year old male "pit bull-mix."1 The dog was adopted from a shelter, according to one official on the scene.

In September 2010, Topeka repealed its pit bull ordinance in a 9-0 vote2 -- a vote that included current Mayor Bill Bunten. The previous ordinance declared pit bulls "dangerous" and required owners to adhere to special licensing, leashing, confinement, microchipping and insurance requirements. (See: Sections 18-153 through 18-179 of the ordinance). Our guess is, a landlord while under the previous ordinance would not have allowed a "tenant" to harbor a pit bull.3 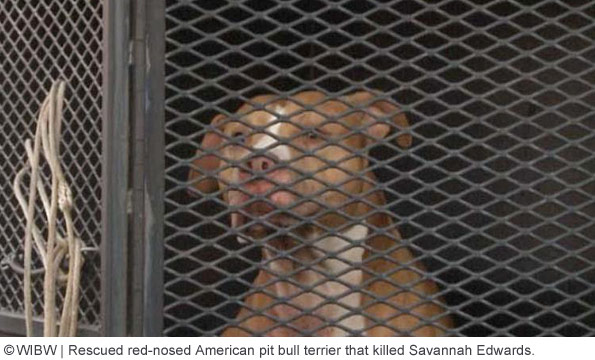 1Calling this red-nosed pit bull terrier a "pit bull-mix" is totally inaccurate.
2Included in the repeal was a "loosening up" of how shelters adopt out pit bulls picked up by the city.
3We learned Friday (12/14) that although the address of the dog owner, 5831 SE Cross St, lies in Topeka, this area is under the jurisdiction of Shawnee County, not the City of Topeka.