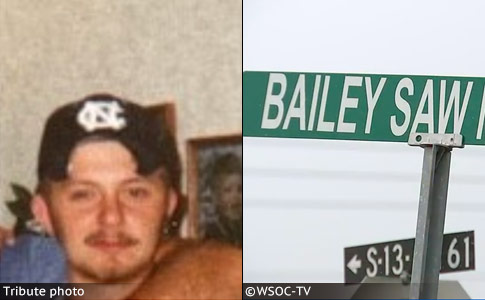 Dog Owner Charged
UPDATE 07/18/22: A Chesterfield County man is now facing serious charges after a man was found dead after a dog attack. Shantell Ross faces one count of involuntary manslaughter and three counts of vicious unleashed animals in connection to the death of Scottie Brigman, 34, whose body was discovered in the middle of Bailey Saw Mill Road on May 14 covered in bite marks. He was surrounded by four pit bulls that deputies now say contributed to his death.

05/23/22: Man Dead, Covered in Bite Marks
Chesterfield County, SC - Earlier today, the Chesterfield County Sheriff's Office reported that on May 14, deputies responded to a dirt road off of Bailey Saw Mill Road in the Ruby area of the county, due to a man lying in the road. As deputies were traveling down the road, they observed several dogs in the area. "When deputies arrived on the scene, they found a deceased, white male with his clothing shredded, and bite marks," states a press release by the sheriff's office.

"Coroner Kip Kiser identified the male as Scottie Brigman, 34 years of age. Brigman has been sent for an autopsy and we are awaiting the results. Four dogs have been taken from the area and are being sent for dental impressions," states the release. Of the four pit bulls; one was a stray and three belonged to a resident. "Once we got a manner of death, we could take it to the solicitor and seek charges against the owner of those three pit bull dogs," Capt. Wayne Jordan said.

When some of our patrol units arrived they did see the dogs on scene waiting around the body. They had to basically shoo the dogs away. - Capt. Wayne Jordan, Chesterfield County Sheriff's Office

According to Traci Smith, who lives in the area, this is not the first attack by these dogs. Last month, when she was riding her horse down that same dirt road, the dogs attacked her horse. “They were biting my horse from the front, from the back, all directions. And he was freaking out like you would expect him to do. He was jumping in the air, bucking, trying to run away but they were surrounding him and he couldn’t get away,” Smith told WSOC-TV in a telephone call. 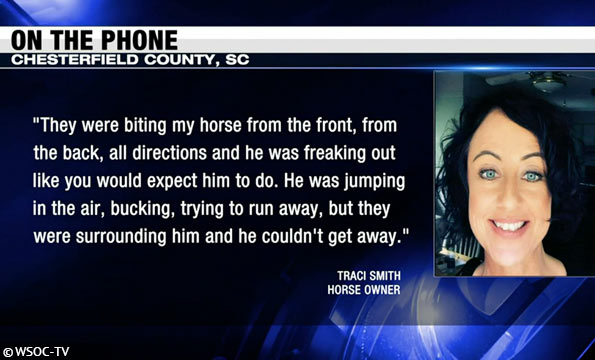