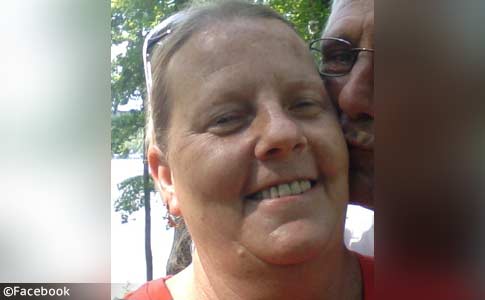 Leann Gratzer, 61, was killed by familiar pit bulls while approaching her daughter's home.

Dog Owners Confirmed
UPDATE 12/08/21: Two male pit bulls and one female pit bull-mix that killed a woman have been euthanized. Previously, the female dog was reported to be a "mixed-breed." That dog, however, was identified by its owner, the victim's daughter, as a "red/brown pit" that bolted from her property in September. That any officials are still calling this dog a "mixed-breed" is inaccurate. The dog's characteristics are predominantly pit bull, and it was in a household with two other pit bulls.

Leann Gratzer, 61, was mauled to death Monday outside of her daughter's home, reports the St. Louis-Dispatch, confirming details in our original post. The pit bulls were in a yard that had an underground invisible electric fence, Franklin County Sheriff Steve Pelton said in an interview Wednesday. The same yard with an invisible electric fence that the daughter's female pit bull-mix bolted from in September. At that time, her dog, "my baby girl," did not have the electric collar on.

"Intra-family" dog attacks resulting in death, specifically when the dogs mutilate and kill the parent of the dogs' owner, are horrible. In this case, as well as the September case of two pet rottweilers killing the elderly mother of the dogs' owner, at least resulted in the dog's being put down. That was not true after Loretta Moore, 84, was killed by her son's dog pack, also in September. James Moore fought county officials, and four of the dogs that killed his mother were returned to him.

12/08/21: Woman Killed by Familiar Pit Bulls
St. Clair, MO - On Monday, Franklin County sheriff's deputies responded to a report of a female found deceased in the 2400 block of Highway TT, states a press release. "During the course of the investigation, it was learned that the female had gone to a relative's residence, as she approached the house she was attacked by dogs that were on the property. During the attack, the victim received a fatal injury from the dogs and succumbed to her injuries," states the release.

Authorities identified the woman as Leann Gratzer, 61, who lived in an area that contains multiple properties where family members also reside, including where her daughter resides, according to online searches. Gratzer was a neighbor and relative of the dogs’ owner, reports the eMissourian. The dogs and the victim were reportedly familiar with one another and hadn’t had any issues in the past. The sheriff's office confiscated three dogs, two pit bulls and a mixed-breed.

"The victim was walking down to the residence, which is known to them, a relative of the animal owners. And the victim was attacked by the animals." - Sheriff Steven Pelton

In early September, her daughter's female pit bull-mix "took off" after a storm. "She is usually on an invisible fence but she did not have her collar on!" states the September 2 Facebook post. Her dog was later located. Franklin County Sheriff Steve Pelton also stated that the dogs involved in the attack were two males and one female. Pelton did not confirm the relationship between the dog’s owner and the victim, only that everyone involved was cooperating with the investigation.

It wasn't that long ago when media outlets across the country highly glorified two pit bulls that killed a man, who was dubbed a "possible intruder" by police. Typical comments left on social media at the time included, "The dogs were just doing their job!" and "Even if it was an intruder, trespassing is not a death penalty crime." The truth is, the majority of people that pit bulls fatally attack are well known to the dogs, specifically, 53%, over the 16-year period of 2005 to 2020. 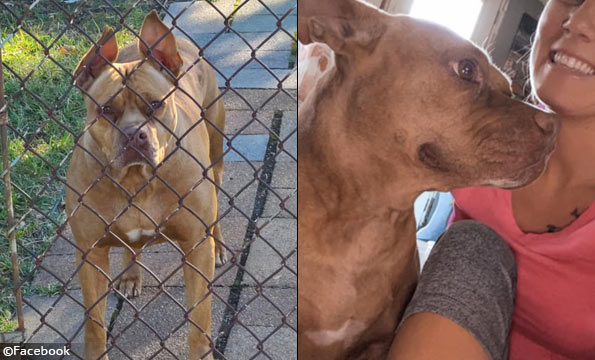 A female pit bull-mix owned by the victim's daughter bolted after a storm in early September.

Baseline reporting requirements:
Law enforcement departments across the United States should release consistent "baseline" information to the media and the public after each fatal dog mauling, including these items.
Tweet
Share277
Tweet
Share277
Donate Now