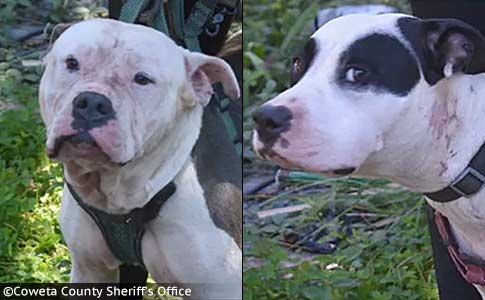 The two pit bulls that carried out a deadly attack in Coweta County, Georgia.

Man Killed by Dogs
Newnan, GA - A 21-year old man is dead after being mauled by two pit bulls in Coweta County. Alex Binyam Abraha of Atlanta, a possible intruder, entered a home on Walt Sanders Road on September 24 and encountered two pit bulls. He was found dead on the front porch when the homeowner returned. Coweta County sheriff's deputies responded to the scene. The Georgia Bureau of Investigation (GBI) medical examiner ruled the cause of death to be a dog mauling.

Investigators say that evidence indicates that Abraha was inside the home where the dogs were located, but at some point died outside the home. Investigators say the homeowner, who was not home during the fatal pit bull mauling, does not know the man or why he would be inside his residence. According to deputies, Abraha has active warrants out for his arrest in Fulton County. No charges are expected against the homeowner, who law enforcement did not publicly identify.

Fox 5 News captured footage of the home's front door and porch, which has a sign stating, "Never mind the dog, beware of owner!" Another sign states, "Lord, make me fast and accurate. Let my aim be true and my hand faster than those who seek to destroy me. Grant me victory over my foes and those that wish to do harm to me and mine. Let not my last thought be, 'If I only had my gun.' And Lord, if today is truly the day that you call me home, let me die in a pile of empty brass."

A week after the deadly dog mauling, investigators still do not know how Abraha arrived at the home in rural Coweta County, which is adjacent to Fulton County. No vehicle was found. Animal control officers seized both dogs. The future of the dogs, whether they will be returned to the homeowner, is undetermined. Typical comments left on social media include, "The dogs were just doing their job!" and "Even if it was an intruder, trespassing is not a death penalty crime." 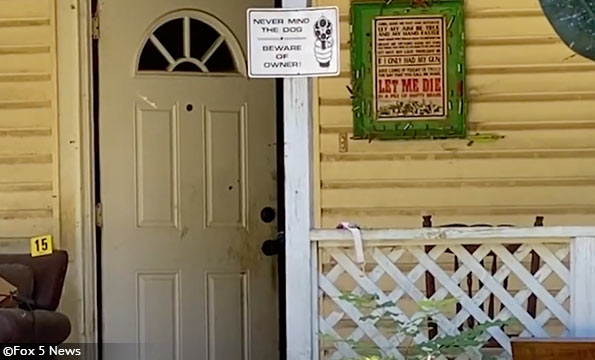 Front porch of home on Walt Sanders Road where a man was found dead due to a pit bull attack. 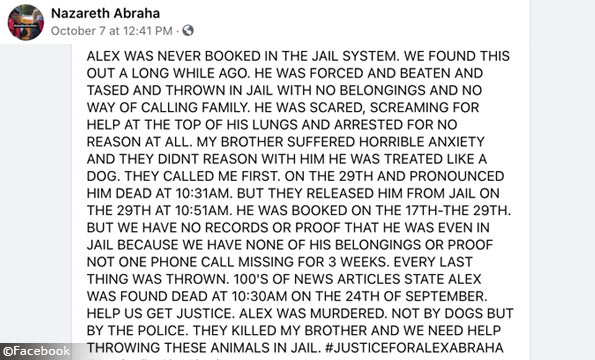 The brother of the victim, Nazareth Abraha, does not believe the police version of events. 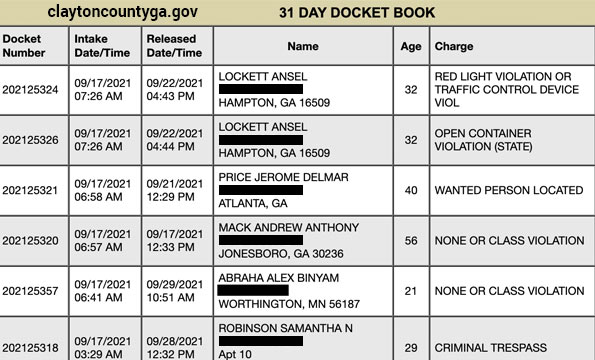 Despite being discovered dead on September 24, Alex Abraha was booked into the Clayton County jail until September 29, according to online county records. More information » 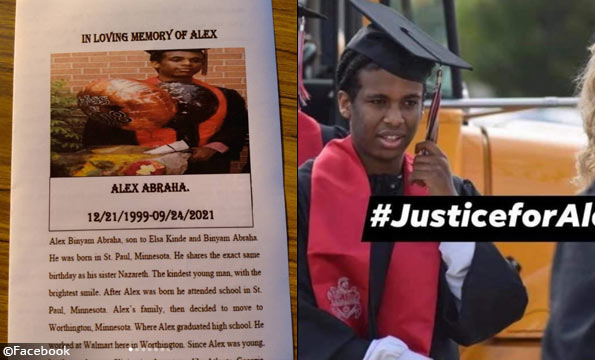