An unidentified woman died after being attacked by a pit bull in Tallahassee, Florida.

Woman Died in December
Tallahassee, FL - Two weeks ago, a woman was mauled by a family pit bull and died. Police did not issue a news release and have been investigating ever since. The Tallahassee Democrat received a "heavily redacted" police report of the December 20 incident on December 21. The "records request were all but devoid of details, including the exact location of the attack," reports the Democrat. Tallahassee Police later provided details about the case to them in an email.

Police were dispatched to a home in the 600 block of Campbell Street on December 20 at about 6:20 pm in response to an “animal call where the woman involved was unresponsive and not breathing." The body of an adult female, age and identity not known at this time, was removed from the scene. Tallahassee Police spokeswoman Alicia Turner said the woman was attacked by the family pit bull as she attempted to break up a fight between it and another dog in the home.

"Investigators determined there were four adult pit bulls living at the home and nine puppies, who were three weeks old," Turner told the Democrat. "As the victim was attempting to break up a fight between two of the dogs, another dog attacked her." The unnamed owner of the dogs requested that the attacking dog be euthanized; the other three adult dogs were returned to the owner(s). The puppies were surrendered and placed into foster care until they are eligible for adoption.

It is unknown if the attacker was the mother of the puppies. Further, it is unknown why the victim's identity is still "unknown at this time" since this is described as a "family dog" attack, but the victim was not the owner of the dogs. The victim may have been dog sitting this pack of pit bulls and the nine-puppy litter, or staying at the dog owner's home, but police are not releasing her name. It is unclear how many people, if any, were also present at the home when the pit bull attacked her.

Late in the evening, we located the obituary of 74-year old Edna Mae Patterson McGhee who lived in the 600 block of Campbell Street. Edna died on December 20, according to her obituary. Her daughter, Keeva McGhee, also lived at the residence and is seen with four adult pit bulls on her Facebook page. We sent this information into local media and expect confirmation in the next few days. Keeva also operates the Tallahassee-based online business, DNAsoaps.com. 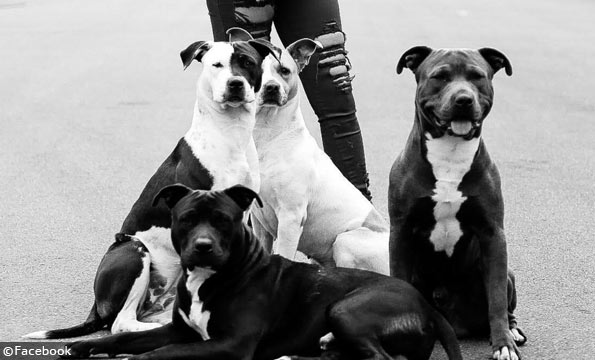 Four pit bulls seen on the Facebook page of the victim's daughter in March 2018. 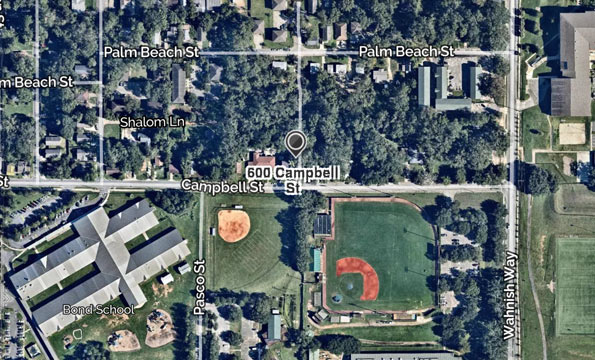 The location of the dog attack, 600 block of Campbell Street, is across from Bond Elementary school and Florida A&M University's baseball field in central Tallahassee.

Baseline reporting requirements:
Law enforcement departments across the United States should release consistent "baseline" information to the media and the public after each fatal dog mauling, including these items.
Tweet
Share229
Tweet
Share229
Donate Now