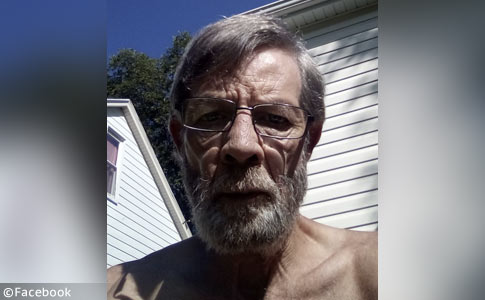 Stephen Pemberton, 61, was killed by his stepson's two pit bulls near Belleville, Illinois.

Man Killed by Pit Bulls
Belleville, IL - A 61-year old man is dead after being attacked by his stepson's two pit bulls. Stephen F. Pemberton Sr. was killed Wednesday afternoon after the two pit bulls got out of the laundry room where they were being kept and attacked him, according to the St. Clair County Sheriff’s Department. It is unknown if the dogs escaped the room or if the victim opened the door. The two pit bulls belonged to his stepson, 45-year old Kelly Knaup, who was away at the time.

At 1:40 pm, sheriff's deputies were dispatched to 309 Campus Drive, part of an unincorporated area near Belleville. They arrived to find Knaup, who told deputies his stepfather was dead inside the home after his dogs had attacked him. Knaup’s wife and a health care worker1 were also in the home during the attack, but in a separate room. They called Knaup and told him to return home; they could hear the attack happening, but could not leave the room they were in, police said.

"The investigation is continuing, but no one is in custody at this time, and charges are not expected to be filed," Capt. Bruce Fleshren said in a statement. “While precautions were taken to keep these dogs away from others in the home, obviously that did not work, and there was a very high price paid to keep these dogs." St. Clair County Animal Control took both adults dogs, a male and female, into custody. The dogs will be euthanized, reports the Belleview News-Democrat.

Pemberton's death marks the fifth fatal dog attack in Illinois this year. 80% of these attacks (4) involved pit bulls, 80% involved victims, ages 25 and older, and family dogs carried out 80% of these attacks. In the most recent death, Knaup knew his dogs were hazardous, which is why he typically kept them in the "laundry room" whenever he left the house. In every other "laundry room attack" we have seen, the pit bulls escaped and attacked; the victim never opened the door.

What is unclear is why Knaup did not have dog crates, which would have reliably secured the dogs and would not be dependent upon a person accidentally opening the laundry room door during his absence. The two below pit bulls are shown on Knaup's Facebook page in 2018 photographs, a third pit bull is seen in 2016 and "Mama Hawk" and her puppies are seen in a video from as recently as four months ago. Per usual, their bellies are fat and filled with worms. 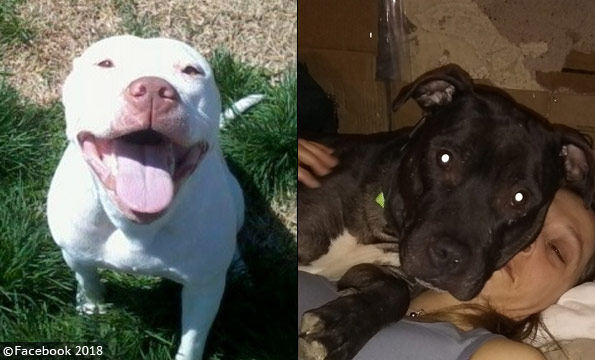 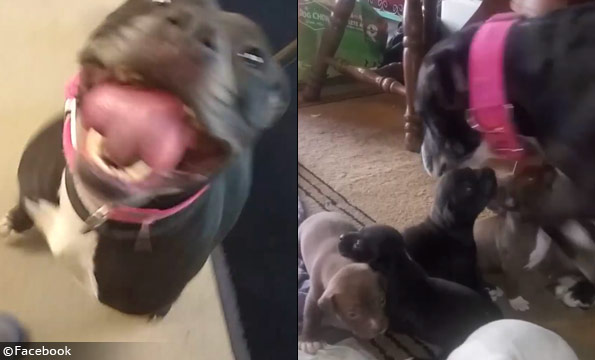 "Mama Hawk" seen with her puppy litter just a few months ago; she routinely had litters. Both Mama Hawk (pink collar) and "Black" (green collar) appear to be Knaup's primary pit bulls.

View the DogsBite.org Google Map: Illinois Fatal Pit Bull Maulings.
1Some background into why the victim may have needed a home health worker.