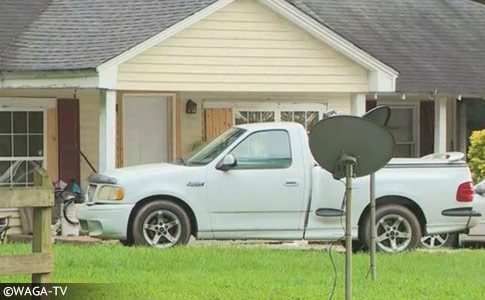 Home where a sleeping infant was killed by a family dog in Hall County, Georgia.

Dog Believed to be Attacker
UPDATE 07/13/19: We have located photographs of the 2-year old husky that bit a 22-day old baby on the head an undetermined number of times, killing the infant. A pair of littermate puppies (twin in appearance) arrived at the family's home in January 2017. We already know that the pure white husky was not confiscated by police nor was one of the black-and-white littermates. So, the attacker is presumably the other littermate. The huskies belong to a woman living at the home.

Notably, the woman refers to the black-and-white huskies as "My Wolves." We presume this is a referral to the Game of Thrones TV series, which heavily featured "Direwolves" and caused an explosion of huskies being bred and sold. Much has been written about this explosion, as recently as May 2019. Abandoned huskies are now showing up en mass at shelters across the US and UK. As early as 2017, the star of Game of Thrones urged the public to stop buying huskies.

We have also removed the term "mix" from the breed. The "mix" term is frequently appended by shelter employees to all dogs entering the facility even when the dog appears to be purebred. 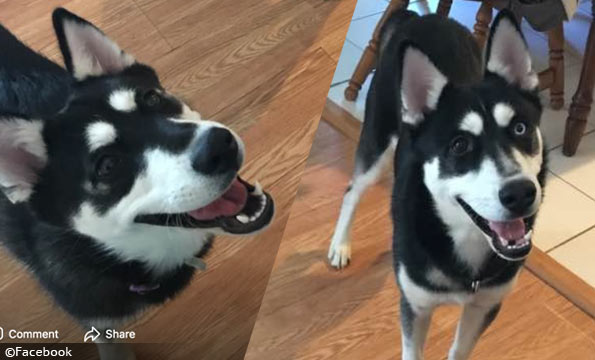 The twin, 2-year old husky littermates (male and female), and one has a different eye color.

07/10/19: Police Identify Infant
Sheriff's deputies in Hall County have released the identity of an infant fatally mauled by a family husky Tuesday in Gainesville. The attack occurred at about 2:00 pm at home in the 2900 block of Gillsville Highway. Ruth Flores, just 22-days old, was severely bitten in the head by one of her family's huskies. She was immediately taken to Northeast Georgia Medical Center, where she later died. The infant was sleeping in a bedroom when the 2-year old husky attacked her.

Earlier today, CBS 46 posted footage of a reporter trying to speak to a person inside the infant's home. One can see three additional dogs in the front window of the home -- two huskies and a white dog with wavy hair. Deputies said when they arrived at the scene, they found the baby with serious trauma to her head. The dog bit the baby an undetermined number of times, deputies said. The attacking dog continues to be held in quarantine at Hall County Animal Services.

07/09/19: Infant Killed by Family Dog
Gainesville, GA - An infant has died after being attacked and seriously injured by a dog, Hall County Fire Services confirmed. Firefighters responded to a home in the 2900 block of Gillsville Highway after a report of a dog bite to a 22-day old infant girl. "The incident occurred inside the home, in a bedroom where the infant was resting, according to initial information gathered by deputies on the scene," Hall County Sheriff’s Office 1st Lt. Chris Dale stated in a news release.

The baby girl was transported to Northeast Georgia Medical Center, Hall County Fire Services Capt. Zach Brackett said. The infant died of her injuries at the hospital. Hall County Animal Control and Enforcement took custody of the animal, which belonged to the residents of the home, the Gainesville Times reports. Officials said the family dog involved is a husky-mix. The name of the baby girl has not been released. The City of Gainesville is about 40 miles northwest of Athens.

CBS 46 News reports the deadly attack occurred about 2:00 pm. The infant's mother was home when the family's 2-year old husky-mix bit the child on the head. CBS 46 also spoke to Hall County Sheriff’s Office 1st Lt. Chris Dale, who said there were "other dogs in crates" at the family's home on Gillsville Highway. No other children were in the home at the time of the attack, Dale said. Further comments by officials are currently being withheld due to HIPAA restrictions.

In our multi-year report of dog bite fatalities -- U.S. Dog Bite Fatalities: Breeds of Dogs Involved, Age Groups and Other Factors Over a 13-Year Period (2005 to 2017) -- we pointed out a breed-specific trait pertaining to huskies. "Of the 13 fatal attacks inflicted by huskies, 62% (8 of 13) were infants ≤11 months old and 92% (12) were ages ≤5 years old. The single adult death, a 22-year old female victim, was a multi-breed attack involving a female husky and a male pit bull."

Our statement was also footnoted with the following: "In comparison with the other top-six killing dog breeds, only 15% (3 of 20) of German shepherd victims were infants ≤11 months old, 13% (6 of 45) of rottweiler victims, 10% (28 of 284) of pit bull victims, 7% (1 of 15) of American bulldog victims, 0% of mixed-breed victims, and 0% of mastiff/bullmastiff victims were infants." Very often in the cases of husky-inflicted infant deaths, the baby is sleeping when the dog attacks too. 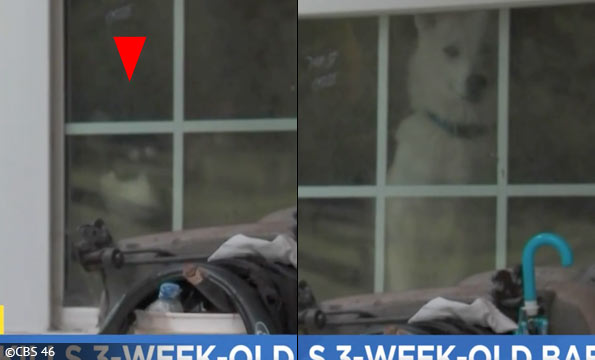 CBS 46 footage shows two additional huskies in the home the day after the fatal mauling. 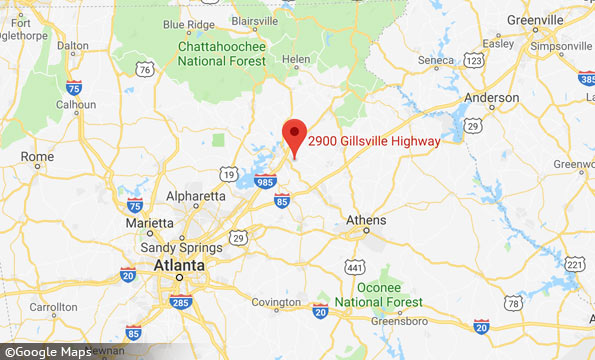 A sleeping infant was killed by a family dog described as a husky-mix in Gainesville, Georgia.