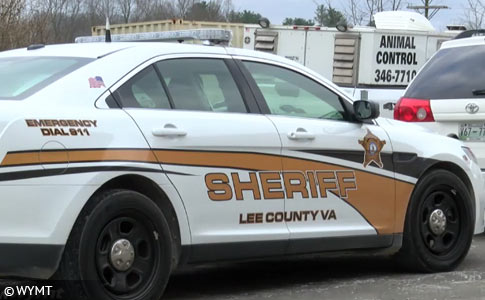 A pet wolf hybrid killed an 8-day old infant lying in a bassinet in Lee County.

No Criminal Charges
UPDATE 04/11/18: There will be no criminal charges after a newborn was fatally attacked by a pet wolf hybrid. The dog gained entry into a room and mauled the infant as it lay in a bassinet. The commonwealth's attorney for Lee County, H. Fuller Cridlin, stated in a news release today the baby's death was "simply a horrific tragedy, and our thoughts and prayers go out to the family of the child that died." The attack occurred March 7 at the family's home in the Seminary community.

According to Cridlin, the mother had left the newborn in a bedroom and was preparing lunch when she heard the baby crying. When she returned to the bedroom, she found the wolf dog standing over the infant. Cridlin said the dog had been living in the home, along with two young foster children, for several months with no prior incidents. In fact, the Wise County Department of Social Services approved this wolf hybrid household for the placement of these two young children.

Wolf hybrids are restricted or banned in 12 states and are regulated in a dozen more. There is no approved rabies vaccine for wolf dogs either. 1

Currently, we are trying to get a full copy of the news release. Evidently, the Wise County Department of Social Services is either oblivious to the historical fact -- or has institutionalized "willed ignorance" -- that legislative battles were fought in many U.S. states over the last 25 years to prevent wolf hybrids from injuring and killing young children. Cridlin also appears to omit in the release that Virginia state law does allow jurisdictions to regulate and even ban wolf hybrids.

Not bringing criminal charges under these circumstances -- the mother stepped away from the baby, did not securely close the door and the dog had not shown aggression before -- is commonplace after fatal dog maulings. What is unusual, and frankly incredulous in this case, is that the Wise County Department of Social Services allowed the placement of two young children into a wolf hybrid household. Apparently, no alarm bells went off anywhere: W-O-L-F-D-O-G.

03/09/18: Wolf Dog Kills Newborn
Lee County, Virginia - An 8-day old baby girl is dead after being mauled to death by a family dog, according to Sheriff Gary Parsons of the Lee County Sheriff's Office. Parsons' office received a call for assistance around 11:40 am Wednesday from a home in the Seminary community, which is close to Big Stone Gap and near the Tennessee border. By the time deputies arrived, the father was already en route with his injured newborn to Lonesome Pine Hospital in Big Stone Gap.

It was "very serious injuries to the upper body, and the head, the child had been seriously mauled by the animal." - Lee County Sheriff Gary Parsons

Deputies were told the dog attacked the infant while she was in a bassinet. She suffered extensive injuries to her head and the upper portion of her body. She was taken to Holston Valley Medical Center in Kingsport then airlifted to the University of Tennessee Medical Center, where she died. Parsons confirmed Thursday the dog involved was a wolf hybrid. The father's Facebook page shows a male wolf hybrid-malamute mix that was purchased from AE Kennel in October 2014.2

Parsons' said the newborn's death is being investigated by the sheriff’s office and the Lee County Department of Social Services. The family also has two other older children. "We are going to continue to look into it and see what develops and of course consult with our commonwealth’s attorney to see if any charges are to be placed," Sheriff Parsons said. On Thursday, Parsons confirmed the dog was destroyed after the baby's parent's relinquished custody of the animal.

Above and beyond this disturbing 35-year trend, the dog in this case is a wolf hybrid -- a canid hybrid resulting from the mating of a wolf and a dog -- and a blend of dog that is banned at a state-level in various states across the country, including Alaska, Michigan and others. In Virginia, wolf hybrids are legal, but can be subjected to local regulation. For instance, the city of Fredericksburg bans wolf hybrids. Wolf hybrids have always maintained a position on our Dangerous Dogs page. 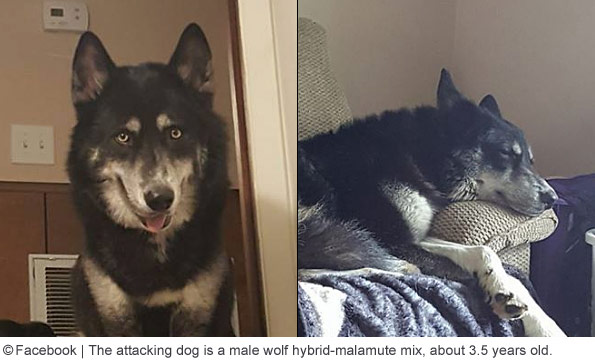 1Wolf Hybrids, by Claudine Wilkins and Jessica Rock, Founders of Animal Law Source (www.animallawsource.org).
2By Friday morning, March 9, 2018, two days after an 8-day old baby was killed by a wolf hybrid that came from their kennel in October 2014, AE Kennels removed their business website on Weebly (https://aekennel.weebly.com) and their business page on Facebook (https://www.facebook.com/ae.kennel.5). One of the co-owners even removed her personal Facebook page. We have replaced live links with static screenshots of the cached website. One can also view the AE Kennel website at the Internet Archive Wayback Machine.
A cached version of their site states they have been providing "quality northern breed mixes and wolfdogs" since 1998. The owners, Erika Andreas and Antoine Robertson, say they provide the following wolf dog blends: "Malamute Husky mix. Low content Eastern Timberwolf, Siberian husky mix. Low content Timberwolf, Malamute, husky mix. Mid content Timberwolf, malamute husky mix. And upper mid Timberwolf Malamute mix. We provide low contents with real wolf heritage for first time owners and mid contents for more advanced owners," according to their site. The kennel is located about 25 minutes from Tallahassee, Florida. An advertisement on AmericanListed.com for "Husky Whitefang" puppies states AE Kennel is based in Greensboro, Florida. An advertisement on Hobbly Classifieds for AE Kennel wolf dog hybrid puppies (70% content range), state the cost is $950 and the low content rage wolf dog puppies start at $850, according to their cached website.

Baseline reporting requirements:
Law enforcement departments across the United States should release consistent "baseline" information to the media and the public after each fatal dog mauling, including these items.
Tweet
Share761
Tweet
Share761
Donate Now