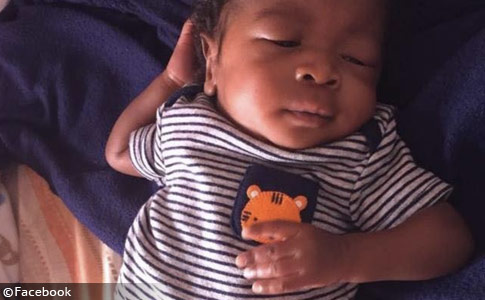 Police Investigate
UPDATE 03/06/19: Multiple news stations captured footage of the pit bull-boxer mix that killed baby Jacari while under the care of his babysitter on Tuesday. The dog is currently being held by Rowan County Animal Control. Shelter officials confirmed the dog has shown aggression toward people while being at the facility. The male dog is 4-years old, police said. Police continue to investigate to determine if the babysitter's dog had displayed aggressive behaviors in the past.

"It was very horrific. Especially for the first responders, the hospital staff involved yesterday, I know they took it hard." - Lt. Greg Beam with Salisbury Police

The WCNC report also states the babysitter left Jacari in a car seat inside the home while she went outside to clean the back of her car to make room for the baby. When she heard her mother screaming, she ran back inside and found her dog attacking the baby. The two women rushed Jacari to a hospital. He was then airlifted to Wake Forest Baptist Medical Center, where he died. Police were not called until after the baby was airlifted to the trauma center in Winston-Salem.

Fox 46 Charlotte reports that "King" has been euthanized. The news station also spoke to Denise Small on the phone, a friend the baby boy's family. Small said she is heartbroken over Jacari's mauling death. "He didn't even have the chance to live life or even have a chance to enjoy life," she said. Small also wants the owner held responsible. "Right is right and wrong is wrong. They have to take the responsibility of what they did by having that dog around that baby," she said.

Of these 10 deaths, 70% involved pit bulls. Recent criminal convictions involving babysitters after a baby's mauling death include Erica Jordan, 33, in connection to the mauling death of Loxli Chavez in Missouri in 2018 and Sandra Adams, 70, in connection to the mauling death of Paris Adams, her own grandson, in Georgia in 2017. Jordan began her 4-year prison term in January 2019. It is unknown if Jacari was related to the babysitter, who is reportedly the baby's godmother.

03/05/19: Babysitter's Dog Kills Child
Salisbury, NC - A baby boy is dead after being attacked by a dog belonging to his babysitter, Salisbury police said. Jacari Long, 6-months old, died of the injuries he sustained in the attack. The attack occurred at a home in the 700 block of Wilson Road, near Livingstone College. The baby was taken to Novant Health Rowan Medical Center and airlifted to Wake Forest Baptist Medical Center in Winston-Salem, where he died. The dog is described as a boxer-pit bull mix.

Police were called to the scene about 2:30 pm and determined that Jacari was inside the babysitter's home when the deadly attack happened. Police said the babysitter sat the child in the living room of her home and walked outside to clean the back seat of her car so that she and the baby could leave. While outside, the babysitter heard her mother scream. She ran back inside and found her dog attacking the baby. Rowan County Animal Control confiscated the animal.

Police said that no additional details would be released tonight. In the livecast of Fox 46 Charlotte 10:00 pm news, they called the dog a "pit bull." The baby's father shared the last video he made with Jacari on his Facebook page. Family relatives also posted in memory of Jacari to Facebook.

The family has started a GoFundMe to help with funeral costs - Jacari Long Memorial Fund.

On March 5, 2019 at 2:29 pm, Salisbury Police were notified of a child that was being airlifted to NC Baptist Hospital for treatment of a dog bite. Upon investigation, officers determined that the incident happened at the home of the child’s baby sitter at 716 Wilson Road in Salisbury.

The baby sitter had sat the child down in the living room of her residence and walked outside to clean the backseat of her car so that she and the child could leave. The babysitter heard her mother scream and ran back inside of the residence. There she found the child being attacked by her boxer/pit bull mix dog. The child was taken to Novant Rowan and then Airlifted to NC Baptist Hospital in Winston-Salem.

Due to the extent of the dog bite, 6 month old Jacari Long of Lexington NC passed away from his injuries. Rowan County Animal Control responded to the residence and took custody of the dog. Salisbury Police are still investigating and no further information will be released at this time. - Salisbury Police, March 5, 2019 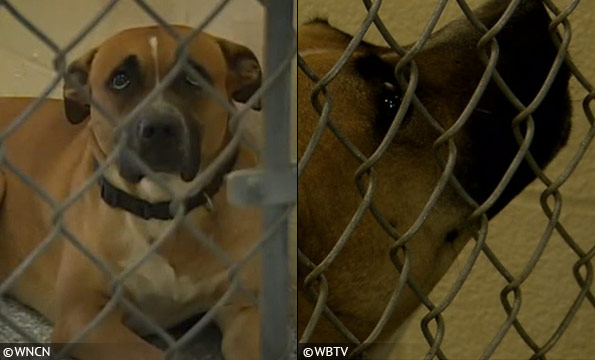