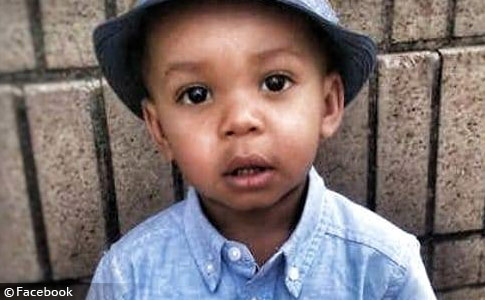 Child Identified
UPDATE 08/03/18: On Friday, the city Medical Examiner's Office identified the boy who was killed by pit bulls in a rowhouse on Agate Street as Jaevon Torres. The cause of death was determined to be "multiple blunt and penetrating injuries" and the manner of death was ruled accidental. On Wednesday, Jaevon was savagely attacked by three pit bulls in the home while under the care of a babysitter. There were two additional pit bulls in the home that were caged during the attack.

"I couldn't sleep. I was up all night. I was at the station. I threw up twice. It's just horrifying -- scary." - Neighbor and witness of the attack, Jason Rash

One of the adults in the home who was trying to protect the boy was 27-year old Rebecca Olan, a police source told Philly.com. Olan lived in the home, is the owner of the five pit bulls and was babysitting the child at the time of the attack. Olan was the boy's godmother, but not a relative. The boy and his mother lived in another location. Upstairs in the home at the time of the attack was Olan's 16-year old cousin and a 25-year old woman. Police questioned all three of them.

Earlier news reports noted that there was no furniture on the first floor of the rowhouse -- just five dog cages. Police Commissioner Richard Ross even stated to Fox 29, "In fact, the house wasn't in disarray other than the cages on the inside. It's a bit of a mystery to us." The question of why Olan had five caged pit bulls has yet to be answered. The District Attorney's Office indicated Friday that no decision would be made regarding criminal charges until the death investigation is complete.

08/02/18: Criminal Charges Unlikely
Last night, police were called to a rowhouse on Agate Street after reports that multiple pit bulls were attacking a toddler. Dramatic cellphone video shows the moments police officers arrived and began open firing through the front doorway before entering the home to rescue the young child. "Their main concern was to get to the 2-year old child who was unconscious, bleeding from his head, face, body, both arms and legs," Philadelphia Police Chief Inspector Scott Small said.

"It's just horrible all around. It breaks our heart to see the poor baby was injured and ultimately killed in this fashion." - Police Commissioner Richard Ross

"[Police officers] made a valiant attempt to get in and save the baby under some very difficult circumstances," Ross said. "With some very powerful animals charging you. And they did the best they could." The Special Victims Unit is investigating whether there was neglect or endangerment involved. "Right now, we don't have any obvious signs of that," Ross said. Neighbors on Agate Street said they had often seen the young boy "visiting family" at the two-story rowhouse.

08/01/18: Pit Bulls Kill Toddler
Philadelphia, PA - A 2-year old boy is dead and a 23-year old woman was injured after being attacked by two pit bulls in the city's Port Richmond section. Police were called to a home in the 3000 block of Agate Street about 5:15 pm, where the dogs were attacking a toddler. When police arrived, the pit bulls were actively attacking both victims. Police open fired, killing two of the pit bulls and injuring a third. Police said there were a total of five or six dogs inside the home.

The boy was transported to St. Christopher's Hospital for Children in extremely critical condition, where he succumbed to his injuries. He was pronounced dead at 6:05 pm. The female victim was transported to Temple University Hospital. The severity of her injuries remains unknown. Initial news reports say the woman was the child's aunt and was babysitting the boy at the time. The child's identity has not yet been released. Police continue to investigate his mauling death.

WPVI-TV reports that Special Victims Unit is now investigating the deadly attack to see if charges are warranted against the homeowners for keeping five pit bulls in the home where the attack took place. Philadelphia Police Chief Inspector Scott Small told WPVI that when police arrived, they could see the child lying in the middle of the living room floor and said, "the dogs were around the child attacking the child." Thus police took immediate action, open firing on the pack of pit bulls.

"The main concern was to get to the child who was completely bleeding from the head, face body, both arms, and legs," Chief Insp. Small said. Medics rushed the boy to St. Christopher's Hospital for Children, where he died about a half hour later. Neighbor Jason Rash said he tried to help. "All of a sudden I see the dogs plucking at the baby and the aunt and all of a sudden they kept telling me to go in and get the baby, but you can't because they're surrounded by all these dogs."

In our Discussion Notes post, we also talked about the likelihood of serious injuries or death when more than one pit bull is involved in an attack upon a human. Rather than a simple multiplying effect (i.e., x, x + x = 2x, 2x + x = 3x), increasing the number of pit bulls would be an "exponential effect" (i.e., 1 = x1, 2 = x2, 3 = x3), according to Dr. Peter L. Borchelt, PhD, who testified as an expert witness for the City and County of Denver when it defended its pit bull ban in 2005.

In the Philadelphia attack, it remains unclear where the dogs were normally kept. Were they kept in cages or a room and "somehow got out?" That point is moot -- there were five pit bulls in the home attacking the child and his babysitter. Jason Rash said it the best, "they kept telling me to go in and get the baby, but you can't because they're surrounded by all these dogs." To stack the "death chips" even higher, a mere babysitter was supposed to ward off a pack of vicious pit bulls. 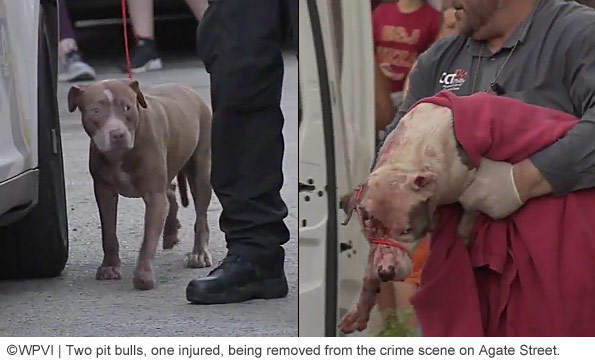 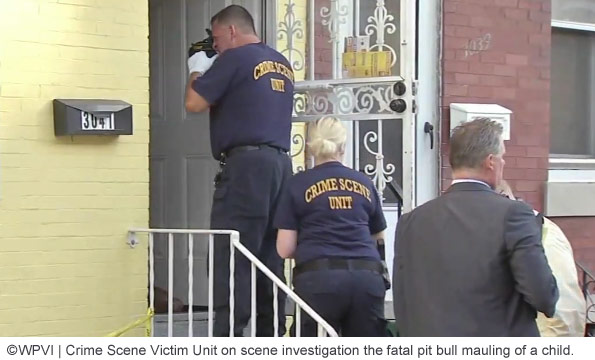 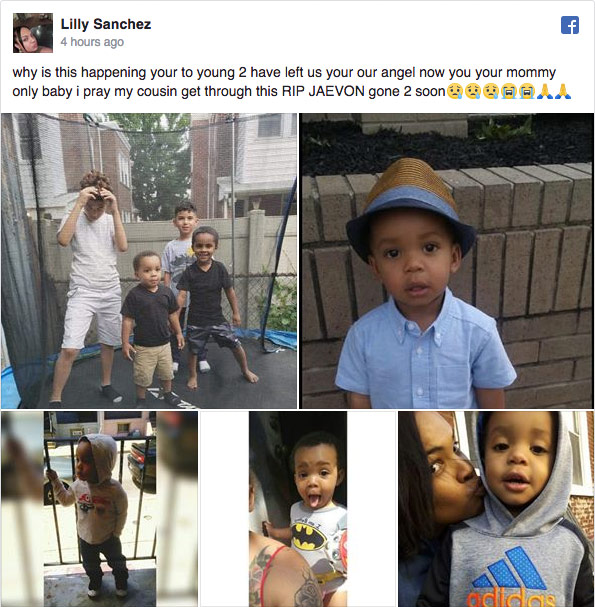 Baseline reporting requirements:
Law enforcement departments across the United States should release consistent "baseline" information to the media and the public after each fatal dog mauling, including these items.
Tweet
Share634
Tweet
Share634
Donate Now