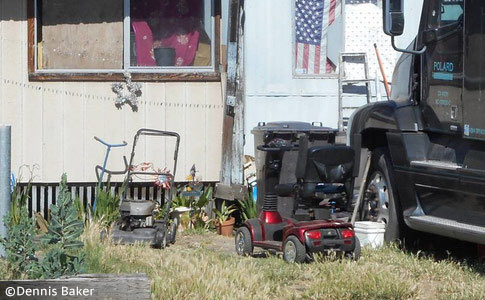 Earl Stephens Jr., 43, was was killed by a pit bull while visiting the dog owner's home.

'Repairing a Scooter'
UPDATE 06/06/16: Earl Wayne Stephens Jr., was helping a friend repair a scooter in the friend's front yard on Saturday in east Stockton, the local paper reports. "Little did anyone know it would be the last thing he ever did," states the Stockton Record. Both men were inside the friend's home on North Gertrude Avenue at about 3:45 pm, when Stephens went outside to get some cigarettes from his car, according to Deputy Les Garcia with the San Joaquin County Sheriff’s Office.

As soon as he stepped outside, the pit bull, named Harley, viciously attacked him. The Record reports the dog had been friendly to Stephens earlier when he was out in the fenced yard. After hearing the attack, Stephens' wife and friend rushed outside to help. The dog's jaws were clamped onto Stephens; the two tried to pry them loose. His wife was bitten on her fingers in the process. She also accidentally struck the dog owner's head with a hammer that she was using on the dog.

"Stephens’ injuries were massive," states The Record. Garcia said Harley's owner has cooperated with the investigation, according to reports by deputies. Garcia called the attack an "unfortunate accident." Deputies shot Harley to death after arriving on scene. The two younger offspring pit bulls involved in the deadly attack are still in quarantine. It is unknown if they will be given back to their owner. The sheriff’s office is still waiting on an autopsy to determine the cause of death.

06/05/16: Pit Bull Kills Man in Stockton
Stockton, CA - On Saturday, a pit bull killed a man in Stockton, according to the San Joaquin County Sheriff’s department. Deputies were called to a home on the 500 block of North Gertrude Avenue about 4 pm Saturday. Authorities identified the victim as Earl Stephens Jr., 43-years old. He was bleeding from multiple dog bite injuries when deputies arrived. Officers shot and killed the pit bull in order to reach Stephens. The dog was loose and aggressive in the yard, authorities said.

Neighbors told KCRA that Stephens was visiting a friend who owned the pit bull, when the dog started attacking him. Both Stephens' wife and the dog's owner intervened, trying to get the dog off Stephens, but the dog then turned on its owner. The owner was also breeding pit bulls. Two pit bull puppies also attacked Stephens, according to neighbors. Deputies arrived and shot and killed the adult pit bull. Stephens was transported to a local hospital, where he later died of his injuries.

Fox 40 reported new information in an evening report. The pit bull that fatally attacked Stephens was a male dog named "Harley," according to neighbor Stephanie Steffens, who was visibly shaken during the interview. Neighbor Ryan Juarez, who lives down the street, also spoke to Fox 40. "I heard what sounded like fireworks," Juarez said. "When I came outside to check, there was about three sheriffs and animal control outside, and they were actually shooting the pit bull."

"EMT were trying to get him on the gurney. It looked like he was pretty much 'gone' because he had neck damage from the dog." - Ryan Juarez

These are predictable, fatal injuries inflicted by a pit bull. The dog executes the killing bite by ripping out the victim's neck. Severed carotid artery, severed jugular and "crushing" injuries to the spinal cord and cervical spine commonly occur in fatal pit bull maulings. Horrifically, just moments before the lethal attack, the pit bull was sitting on the victim's lap, Steffens said. When Ray, the dog's owner, told the dog, "Come on Harley, get off his lap," the pit bull went crazy, Steffens said.

In 2013, Claudia Gallardo, 38-years old, was brutally killed by a pit bull on the 400 block of North Lillian Avenue in Stockton, less than a half-mile away from where Stephens was killed. Claudia was also visiting the dog owner's home at the time of the deadly attack. The owner of that pit bull, Brian Hrenko, was found guilty of involuntary manslaughter and keeping a mischievous animal that killed a person. It was the first fatal dog mauling case ever prosecuted in San Joaquin County.

Earl Stephens Jr. is the 493rd American killed by a pit bull. The 297th since the CDC stopped collecting breed information in 1998. The fatal pit bull attack archive will surpass 500 this year. 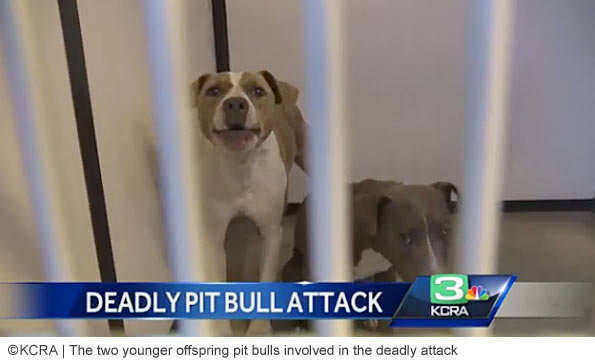