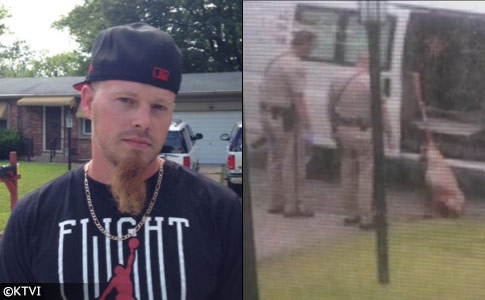 Heroic neighbor stopped the attack by stabbing the pit bull with a steak knife.

The Indictment
UPDATE 01/29/15: We received a copy of the indictment against Derek Solem. As we had hoped, it included more information. The dog was not listed as a Staffordshire terrier or pit bull-mix as several news groups stated in their coverage. The fatally attacking dog, named Martel, was a "pit bull terrier." In addition to Martel previously biting another child in the home and the clear (and disturbing) signs the animal posed a serious threat to Deriah, Martel was also dog aggressive.

01/28/15: Parents Charged in Death archived
In mid January, St. Charles County authorities arrested and charged the parents of a 22-month old child that was brutally killed by their family pit bull last August. Derek Martin Solem, 32, and Sharon D. Williams, 29, were charged with two felonies each, endangering the welfare of a child and owning a dog that bites a person resulting in death. A court date is set for February 23. No charges were initially expected by police, who called the child's mauling death a "tragic accident."

On August 7, Deriah Solem was under the care of her grandmother when the family's 10-year old pit bull -- usually kept locked in a back bedroom -- somehow managed to get out. The animal immediately attacked the toddler. The grandmother intervened and lost four fingertips trying to pry open the dog's jaws. Deriah Solem was transported to St. Joseph Health Center in St. Charles and later transferred to Cardinal Glennon, where she died of her severe injuries on August 9.

There were no news reports after August 11. If readers recall, on August 9, in the neighboring jurisdiction of St. Louis County, a young man was shot and killed by a police officer that unleashed extended shock waves across the country and dominated local, state and national media. We believed at that time no additional information would ever be learned about this child's death. Unbeknownst to us, the St. Charles County Prosecutor's Office had been looking into the case.

"This was not simply a tragic accident; it was poor decision making by parents that led to the tragic death of a baby." - St. Charles Co. Prosecutor Tim Lohmar

The parents were released from jail after posting $25,000 bail. Both profess their innocence of the charges. An online fund was set up to help raise money for their defense costs. Derek Solem was no stranger to pit bulls. He formerly ran a pit bull kennel operation called Flaming Hot Kennel (2007). Remnants of a MySpace page are still online. At the time of the attack, the grandmother's Facebook profile image was a large white pit bull. It is unknown if that pit bull was the attacker.

According to the indictment, the pit bull that killed Deriah had previously bitten one of their other children in the ear. DogsBite.org has not seen the indictment, but the St. Louis Post-Dispatch describes more of its contents, "The dog regularly destroyed Deriah’s belongings and was kept in a room at night so it couldn’t have access to her room, according to court documents. It also constantly whined when Solem played with the baby, and urinated on the baby’s laundry."

Lastly, we call attention to the language of the online fund created by Williams, the child's mother. She writes, "The dog had been part of the Solem family since 2004 and no one knows why he decided to snap that day." One, St. Charles County prosecutors will try to prove the parents did have knowledge of the dog's previous aggression. Two, we wish they did not have to since there are already decades of documented evidence about the dangerous unpredictability of pit bulls. 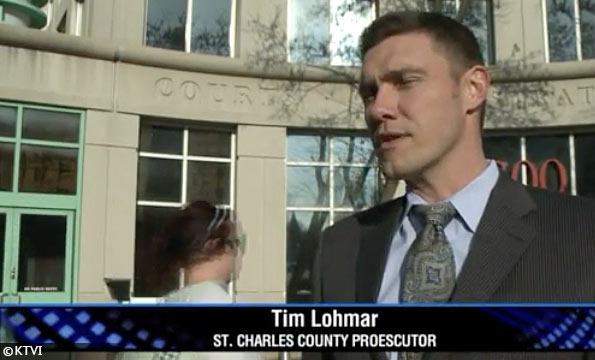 08/11/14: Family Pit Bull Kills Child
St. Charles County, MO - Officials confirmed on Monday that a 22-month old girl savagely attacked by her family pit bull-mix last Thursday while under the care of her grandmother has died. Deriah Solem was pronounced dead at Cardinal Glennon Children's Medical Center on Saturday, according to the medical examiner's office. The cause of death was listed as injuries to her head and neck. At the time of the attack, her grandmother was babysitting Deriah and her two siblings.

The attack occurred at the family's home in the St. Charles Hills subdivision; the grandmother also lives at the home. According to police, the grandmother had just finished feeding the little girl and placed her onto the floor. When the family's 80-pound pit bull -- usually kept locked in a back bedroom -- somehow was able to get out. The dog immediatly attacked the toddler. The grandmother intervened and suffered the loss of four fingertips trying to pry open the dog's jaws.

As the attack continued, the grandmother shouted at her two brothers, ages 5 and 8 to flee the house. They ran next door to Jonathan Banta's home. Banta grabbed a steak knife and rushed over. He repeatedly stabbed the dog as it continued to attack Deriah. “I grabbed a steak knife -- that’s all I could find at the time -- went back over there, and the dog still wouldn’t get off, so I stabbed it multiple times,” Banta said. Eventually, the dog let go and collapsed behind a TV.

“I’m still kind of shook up,” he said. “There was a lot of blood, and stabbing a dog is not fun.” - Jonathan Banta

The girl was transported to St. Joseph Health Center in St. Charles and later transferred to Cardinal Glennon. The initial Fox news coverage captures the horror of the attack.1 "She had multiple bites covering her whole body, but the most extensive ones were to the neck, stomach and head area … it was extremely urgent .. the blood loss on the child was extensive," Lt. Dave Tiefenbrunn said. The situation was so critical that there was a surgeon in the ambulance.

The family pit bull-mix had no reported history of attacks or biting, according to police, but family members told police the dog had shown aggressive behavior in the past. This may be why the dog was usually kept locked in a back bedroom? Despite this knowledge, as early as Friday, police said that no charges are expected to be filed in the case. Authorities are calling yet another child's horrific death by a family pit bull a "tragic accident." The 10-year old pit bull was euthanized. 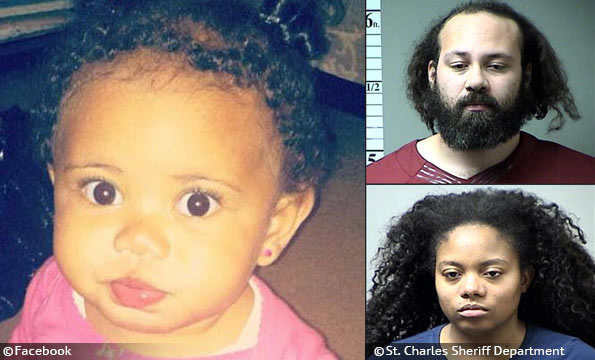 1Scroll to see the second video at the Fox 2 Now news article.