Pit Bull Owners Charged
UPDATE 10/24/22: The First Judicial District Attorney's Office announced today that charges have been filed against the owners of two pit bulls that killed an 88-year old woman and injured a young boy. The attack occurred on September 14 in Golden. Kayla Mooney, 33, and Victor Bentley, 29, are the alleged owners of the two 7-year old pit bulls that inflicted the attacks. Both face felony charges for the unlawful ownership of a dangerous dog resulting in death, a strict liability crime.

KMGH-TV reports on the affidavit, which recounts the events before, during and after the attack, including how police officers "used themselves as human shields" to rescue the woman," who was so horribly injured that KMGH-TV omitted some injury details. Though they did state that one of her arms was severed in the attack and would need amputation. Gehring also had "significant facial damage" and had one eye removed. She died while still hospitalized on September 17.

The coroner's office listed her cause of death as "cardiopulmonary arrest" due to "complications of extensive bite injuries" and "dog attack."

According to the affidavit, the attack began after Gehring, the 12-year old boy, and his younger sister arrived at the home to pick up some books for church. The boy summoned the dogs to put them into another room so they would not scratch Gehring if they got too excited. But the dogs never made it inside that room. Bentley's dog (named "Knoxville" according to his Facebook page) hid under a table. When the boy tried to pet the dog, to coax it out, it bit him "just a tiny bit."

That quickly escalated into the dog clamping onto the boy's ankle and not letting go. This is when Gehring stepped in. She tried to pull on the dog's collar to get him to release. After the boy kicked the dog's head, it did release. The boy ran outside to the porch and tried to close the screen door. The boy's sister called 911 at this time and Gehring, now outside too, told the boy to run. He fled to a neighbor's home. That is when both pit bulls began the full-fledged attack on Gehring.

Details in the Arrest Affidavit

One day after we reported the criminal charges, we were able to access the arrest affidavits for Mooney and Bentley. What immediately stood out was the detective stating, "It should be noted that I am familiar with Robbie and Kayla, as Robbie owns Denver West Towing and Kayla works for him. Denver West Towing is the contracted tow company for the Golden Police Department." It is also noteworthy that both pit bulls were male and that Knoxville had a history of  "accidents."

"Victor said Knoxville had most recently been to Mead Veterinary clinic (Mead Veterinary Medical Center), and he took him there for a broken leg about a year ago. Knoxville was also blind in his left eye due to an accident with a firework, and he had a foggy film over the eye," states the affidavit. Two years before the deadly attack, 7-year old Knoxville escaped his home and was found on a cattle ranch in the south Platteville area. - Arrest Affidavit for Victor Bentley

A necropsy was performed on both dogs at the Colorado State University Veterinary Diagnostic Laboratories. There was "no clear evidence of human remains" found in Knoxville. However, Knoxville had vomited at the scene. "In the pile of vomit that Officer Fink observed come from Knoxville, a piece of flesh was found," states the affidavit. Human remains were found inside Diablo's stomach, including, "scalp, human hair and two pieces of dark-colored clothing."

The findings for Diablo are significant, as both children in the home state in interviews with the detective that Diablo "attacked Knoxville to protect the family." The hero dog, Diablo, belonging to Mooney, "was biting Knoxville on the neck and anywhere else he could get him" and that "Diablo was all chewed up" and "all torn apart" due to fighting with Knoxville. The diagnostic laboratory, however, disagreed, stating: "there is no evidence to show the dogs fought or injured each other." 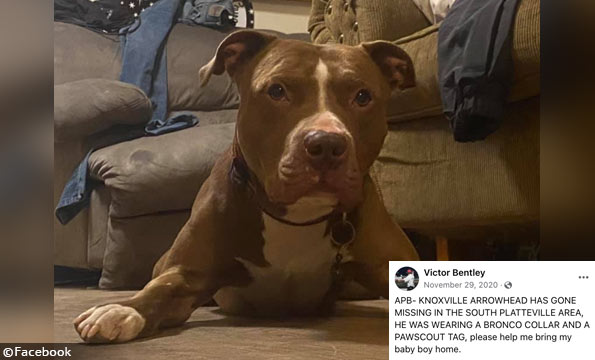 The male pit bull "Knoxville" that belonged to Victor Bentley "went missing" in 2020, but he was later found. "We found him ... He just needed some cow therapy from Magness Farms." It's unclear how that activity -- potentially harassing cattle -- did not result in the dog being shot.

09/19/22: Police Press Release: Dog Attack
Golden, CO - On September 14, a pair of pit bulls attacked a 12-year old boy and his grandmother at their home. The attack occurred in the 15700 block of West 1st Drive around 3:35 pm. Arriving officers found a "blood trail into the home" and observed both dogs attacking the woman in the backyard. Officers "acted decisively putting themselves between the animals and victim," Sergeant Ben Salentine said. Officers "used themselves as human shields" to rescue the woman, he said.

Police confirmed the grandmother died on September 18 from injuries sustained in the attack. The corner has identified her as Mary Gehring.

The 12-year old boy sustained bite injuries prior to the arrival of police, Salentine said during a press conference. He fled to a neighbor's home. The child was later flown to Children's Hospital. The woman was taken to St. Anthony hospital with critical injuries. Both dogs were taken into custody. One of the dogs was euthanized due to injuries it sustained at the scene; officers were forced to Tase the dogs and use "less-lethal" shotguns, but the tactics were "not effective."

Police said the dogs were "known to the two victims of the attack." One neighbor told CBS News Colorado the dogs lived at the home. The surviving pit bull is being housed at Foothills Animal Shelter. The owner of the dogs remains under investigation, police said. "I can confirm that the dogs belonged at the residence. But as far as the particular owners, everything’s under investigation," Salentine said last week. The dogs had no history of complaints, police said.

"I just want to give a little bit of information regarding an incident that occurred yesterday afternoon just after 3:30 in the afternoon in the in a location in the Southeast corner of our city. We had a call dispatch as an animal bite, which very quickly and rapidly evolved into an animal attack. Officers immediately responded to the scene -- a very chaotic scene. Followed a blood trail into the home. Observed through a backyard window to larger animals over an elderly female that was in the backyard. Our officers acted heroically quickly and decisively, putting themselves between the animals and the victim that was in critical condition in inside the backyard. Officers used themselves as human shields, while they were able to conduct a rescue operation, removing that elderly woman from the backyard into the kitchen, where she was immediately transported to a local area hospital. As this was all going on, there was also a child that was bitten prior to the officer's arrival. That child was at a neighbor's house. He was also treated immediately and transported to a local area hospital." - Sergeant Ben Salentine with the Golden Police Department, September 15, 2022 Press Conference 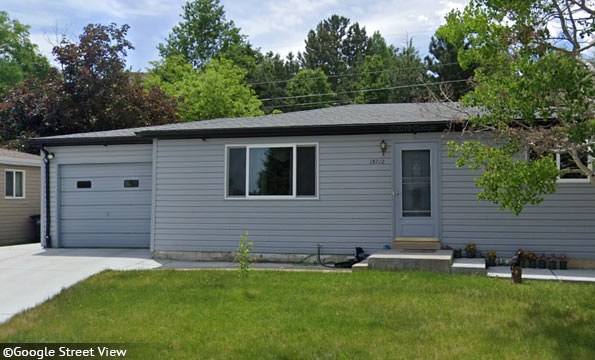 Baseline reporting requirements:
Law enforcement departments across the United States should release consistent "baseline" information to the media and the public after each fatal dog mauling, including these items.
Tweet
Share261
Tweet
Share261
Donate Now