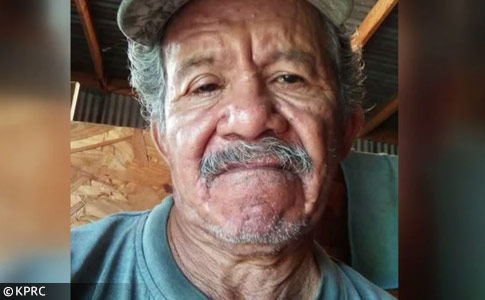 Freddy Garcia, 71-years old, was killed by a pack of pit bull-mixes in Fort Bend County.

The Sheriff’s Office, along with Fort Bend Animal Control and the Fort Bend County District Attorney’s Office, conducted an investigation this week into the death of Freddy Garcia, who was fatally attacked by seven dogs owned by Cartwright. The attack occurred on July 18, 2022, in the 4300 block of Mark Terrace Lane in Fresno as Garcia was walking to a neighborhood store. The investigation led to the identity of Cartwright, the owner of the dogs who mauled Garcia. All seven dogs -- who are a pit bull mix -- were captured by Sheriff’s deputies and Animal Control. - Fort Bend County Sheriff's Office, July 22, 2022

Cartwright is currently in custody at the Fort Bend County Jail and has been charged with Attack by Dog Resulting in Death, a second-degree felony. His bond is set for $100,000. "This devastating tragedy didn’t have to happen," Sheriff Fagan said in the media release. Fagan also thanked his deputies, Fort Bend Animal Services Director Rene Vasquez, and Fort Bend District Attorney Brian Middleton for the collaborative work of capturing the dogs and making an arrest.

07/19/22: Dog Pack Kills Man in Texas
Fresno, TX - A 71-year old man is dead after being attacked by a pack of pit bulls in the Fresno area of Fort Bend County. During a press conference Tuesday, Fort Bend County Sheriff Eric Fagan said the attack occurred on July 18 at about 1:30 pm in the 4300 block of Mark Terrace Lane. The man was walking to a store when the dogs viciously attacked. The victim was airlifted to a hospital, where he later died. Four of the dogs have been capture, three remain at large.

The family identified the victim as Freddy Garcia. An update on the sheriff's media release states the "remaining dogs have been captured."

Sheriff Fagan asked residents in the unincorporated area to remain on high alert until the rest of the dogs have been captured by authorities. Fagan also stated during the press conference that another dog attack was reported in the Fresno area on July 15 that may be linked to the same dogs. Fort Bend County District Attorney Brian Middleton said his office is prepared to bring charges under the Texas felony dog attack statute if investigators can link the dogs to an owner.

"On the 18th of this month, a gentleman was walking to the store when he was attacked by several vicious dogs," Fagan said today. "He was life flighted to Memorial Hermann hospital where he was pronounced dead. I'm here today to warn the citizens in the Fresno area." KTRK reports that deputies have security camera video of part of the attack. Investigators will pull still images of the dogs from the video to show local residents what the pit bulls that remain at large look like.

The identity of the victim was not released by the Fort Bend County Sheriff's Office. Authorities are currently searching the wooded area for the three dogs at large, reports the Houston Chronicle. Authorities are urging residents to stay vigilant and to report stray dogs wandering or to report any other dog attack they may know about. "It's important that we capture these dogs so they don't harm anyone else," district attorney Brian Middleton said during today's news conference.

UPDATE: Remaining dogs have been captured.

The Fort Bend County Sheriff’s Office wants the public to stay on high alert after a man was mauled by several dogs.

On July 18, 2022, at approximately 1:30 p.m., the Sheriff’s Office received a call about a man who was attacked by dogs in the 4300 block of Mark Terrace Lane in the Fresno, Texas area. The 71-year-old victim, who lives in the area, was walking to the store when he was attacked by approximately seven dogs. The victim was transported via Life Flight to Memorial Hermann downtown and was later pronounced deceased.

Four dogs have been captured, but three dogs have yet to be located and are still on the loose. Sheriff’s deputies are on the lookout for the other three dogs. The case is under investigation.

Sheriff Eric Fagan urges citizens in the area to be cautious in the meantime.

“We want everyone to remain vigilant when outdoors,” Sheriff Fagan said. “Be sure to keep a close eye on your children and your pets.” 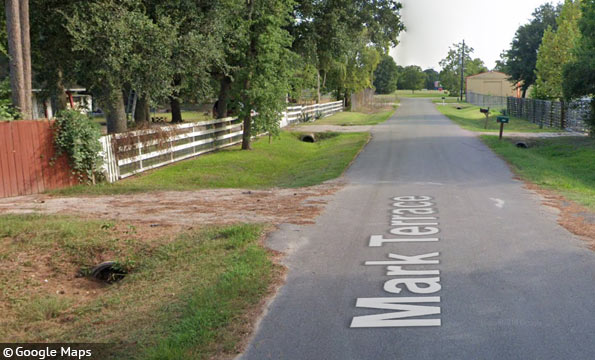 Area on Mark Terrace Lane, where Freddy Garcia, 71, was killed by up to seven pit bulls. 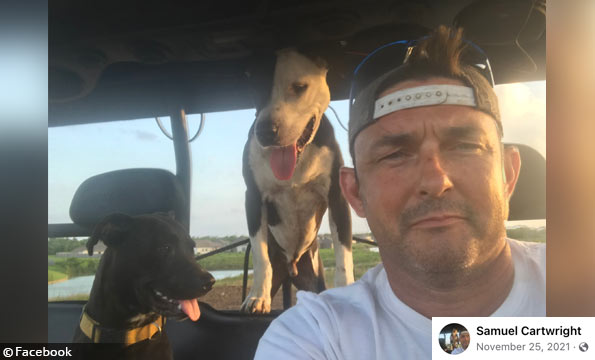 Samuel Joseph Cartwright seen with several of his pit bull-mixes on his Facebook page. 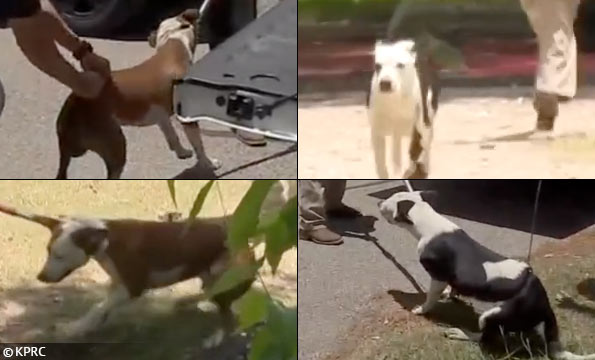 KPRC captured images of two of the three dogs captured on July 19. Presumably, this was a pack of pit bull-mixes with mixed-breed offspring. We have not seen any images of the four dogs that were initially captured and designated as pit bulls during the sheriff's press conference.

Baseline reporting requirements:
Law enforcement departments across the United States should release consistent "baseline" information to the media and the public after each fatal dog mauling, including these items.
Tweet
Share127
Tweet
Share127
Donate Now