Child Identified
UPDATE 07/12/22: Family members have identified the 4-year old girl who was killed by one or more pit bulls in southeast Oak Cliff. WFAA spoke to Lea Freeman's mother, Tiara Freeman. She said she left her three daughters with her friend and her dad at the home on Bluffman Drive, where all of them were living. Lea's 2-year old sibling was in the room with her sister when the pit bull attacked. "She's traumatized. She's very scared, she saw her sister be killed," Tiara said.

Family members said the mother has mental health issues. Tiffany Freeman, Lea's aunt, said they have been trying to get the children to live with their grandparents. The home on Bluffman Drive is "run down and ill-fitting for children," Tiffany said. Lea's grandparents have been calling CPS and warning them since March about the conditions the children have been living in. Neighbors said the pit bulls at the home would escape by jumping through a broken window to run at large.

NBC DFW also spoke to Tiara. She and her children had moved into the home on Bluffman Drive with a woman she knows. Prior to the attack, Tiara asked her friend to watch her children while she went to the store. When she returned, she found Lea badly injured. "I'm crying, picking up my baby and I'm getting bitten up by her dogs," Tiara said. She believes a pit bull, named "Rambo," was the attacker, "but I got a feeling Rawlow and Reina had something to do with it too."

The Dallas Morning News reports that Tiara, who is 23-years old, was trying to get her life back on track after experiencing homelessness. That is when Tiara and her three children began living at the home on Bluffman Drive. Last month, she found a job about 10 minutes away. Prior to the attack, Tiara left the home "to go buy beer," leaving both of her daughters with a woman, who also lived at the home. Her youngest daughter was staying with her father that day, Tiara explained.

Tiara identified the woman she was living with as "Simone." Tiara said she never got a call from her while she was at the store. "I don't get a call when I'm at the store, I don't get a call from her letting me know that my kid is dead," Tiara said. She picked up Lea and rushed outside. She asked Michael Pennington, who lives across the street, to call 911. "Simone" was allegedly outside when the fatal dog attack occurred and had left Tiara's two children alone with the animals.

It remains unknown how many calls Dallas Animal Services (DAS) received about the dogs at the home on Bluffman Drive. DAS declined to answer questions related to this on Monday. Tiara also expressed to the Morning News that she believes all three pit bulls in the home were involved in the attack. No arrests have been made in connection to Lea's death, police said. The medical examiner's office confirmed the child's identity, but a cause of death has not been determined. 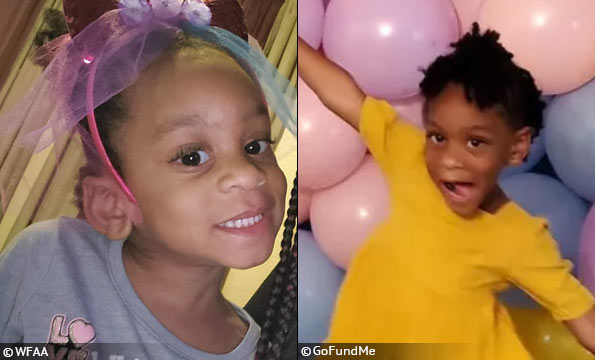 A fund has been created for Lea Freeman, 4-years old, who was killed by one or more pit bulls.

07/11/22: Neighbor Called 911
In a heartbreaking update, we learn more about the home on Bluffman Drive in southeast Oak Cliff, where a 4-year old girl was mauled to death one or more dogs Saturday morning. Multiple media outlets interviewed a family that lives across the street. Neighbor Michael Pennington placed the 911 call. He saw the horrific injuries to the child's head. "I said that baby is dead," an emotional Pennington told the Dallas Morning News on Sunday. "I said that baby's dead, man."

Officers were dispatched to the 5600 block of Bluffman Drive just before 8:00 am Saturday about an animal attack. Police said the child suffered multiple bite injuries. Police did not release the breed of dog involved. But a review of the Dallas City Police audio dispatch files indicates the child was bitten by a black pit bull inside the home and that a gray pit bull also resided at the home. Pennington believes three dogs, all pit bulls, living the home were involved in the violent attack.

Dallas Animal Services spokeswoman Marlo Clingman confirmed Monday that three dogs were picked up by the city. Dallas police spokesman Michael Dennis also confirmed that multiple dogs were seized from the home. According to Pennington, a woman who lives at the home is the owner of the dogs. No adults were inside the home when the attack occurred, Pennington said. Dallas police and Texas Child Protective Services are investigating the child's mauling death.

In the month's leading up to the child's death, Pennington said the three dogs had escaped the home multiple times by jumping through a broken window. Pennington's sister, Lorie Pennington, said one of the dogs attacked her 15-year old niece about a month ago. The dog clamped onto her arm, but the jacket she was wearing protected her skin from the dog's teeth. Lorie broke down crying in the video, recalling, "I didn't feel right with those dogs in the house with those babies."

"If you turn around and look, every last one of those windows was busted out because of those dogs …Those dogs should not have been at that house. Many times they got called on. They should have been gone … If CPS had done what they were supposed to do it could have been avoided." - Lorie Pennington

Lorie said she called 311 multiple times to report the dogs being loose, but was told by Dallas Animal Services (DAS) they would not send an officer out because the dogs were not on her property. Lorie also said that Child Protective Services had been called to the home in the past. Tiffani Butler, a Texas Department of Family and Protective Services spokeswoman confirmed the family of the child had been in "involved" with CPS in the past, but did not provide any details.

NBC DFW also spoke to the Penningtons. Michael said a neighbor came out of the house holding a baby, asking him to call for an ambulance. There were at least three children in the home. The 4-year old girl and two younger children. Lorie also described the three dogs as pit bulls, as she remembered her 311 call about the dogs earlier this spring, "I told them we have some pit bulls that my neighbor has and they keep getting out and they can't keep them in," Lorie said.

Lorie echoed her concerns about the children living at the home with the dogs and that Child Protective Services should have intervened sooner. "They (CPS) should have either said ‘You have to get rid of the dogs or the kids got to go,'" Lorie said. "We tried to save those kids but we couldn't," she said. Multiple agencies, including police and DFPS, are investigating the child's death. As of Sunday, the two surviving children were in the care of separate parents.

07/10/22: Child Killed by Family Dog
Dallas, TX - A 4-year old girl is dead after being attacked by a dog Saturday morning in southeast Oak Cliff, a neighborhood in Dallas. Police and emergency responders were dispatched just before 8:00 am to a home in the 5600 block of Bluffman Drive about an animal attack. Police said the dog bit the girl multiple times, reports the Dallas Morning News. She was transported to a children's hospital, according to the audio log files of Dallas City Police on Broadcastify.com.

A review of the audio dispatch files indicates the child was bitten by a black pit bull that belonged to the 911 caller who was in the home. "The pit bull is inside the house .. [I'm guessing] at the location," states the dispatcher. When asked by the responder, "Is the dog away from the 4-year old right now?" The dispatcher replied, "The dog belongs to the caller. The dog is currently put up. It is a black pit bull. The child is bleeding. And the dog is still at the location, but he's put up."

Police did not release the breed of dog to the Morning News, or whom the dog belonged to. The dog is currently in the custody of Dallas Animal Services (DAS). No other information was made available Saturday. This is the first known fatal dog attack in Dallas since the 2016 death of Antoinette Brown. Her death caused the city to revamp DAS protocols -- police even took over the embattled agency temporarily, in order to combat the loose and stray dog problem in south Dallas. 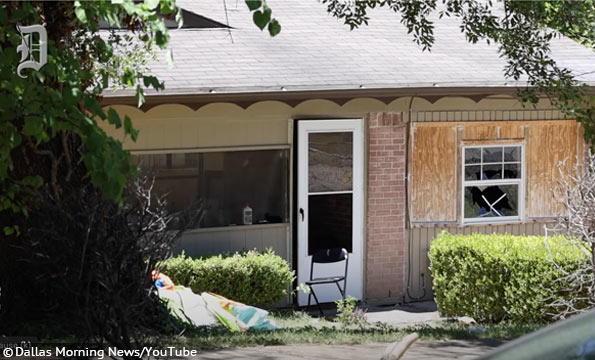 The home on Bluffman Drive in Southeast Oak Cliff where a 4-year old girl was killed by a dog.

Baseline reporting requirements:
Law enforcement departments across the United States should release consistent "baseline" information to the media and the public after each fatal dog mauling, including these items.
Tweet
Share174
Tweet
Share174
Donate Now