Fifth Fatal Dog Attack in Counties Near Knoxville in Past Year

Woman Found Dead
Seymour, TN - On Monday, the Sevier County Sheriff's Office reported that a 70-year old woman, identified as Debbie Boyd, was discovered dead inside her home after being mauled by one or both family rottweilers. The attack occurred June 3, at a residence on Olympic Court View in Seymour, an unincorporated community in Blout and Sevier counties located about ten miles southeast of Knoxville. A small child was also in the home at that time, who was not injured.

Sheriff Ron Seals ~ A Sevier County woman has died as a result of an attack by a family dog. Officers were dispatched to a residence on Olympic View Court in Seymour on Friday June 3rd 2022 and found a 70 year old female, identified as Debbie Boyd, deceased, suffering from numerous dog bites. Officers observed 2 large Rottweiler dogs in the fenced in yard that had been secured by family members before the arrival of first responders. It was determined that the dogs were in the home with the victim at the time of the attack along with a small child, who was uninjured. The dogs were captured by Sheriff’s Office Animal Control Division and taken to an animal housing facility till the investigation is completed. The victim was taken to Knox County Regional Forensic Center in Knoxville for an autopsy. The investigation is ongoing. - Sevier County Sheriff's Office

Prior to the arrival of first responders, family members had secured both dogs in a fenced-in yard. It was determined "the dogs were in the home with the victim at the time of the attack." The two rottweilers were captured and taken into custody by the Sheriff’s Office Animal Control Division. The dogs will be held at an "animal housing facility" until the investigation concludes. The victim's body was transported to Knox County Regional Forensic Center in Knoxville for an autopsy.

Earlier this year, in Tellico Village -- another suburb of Knoxville, located in Loudon County -- a woman was killed by her own personal protection trained Dutch shepherd. "Deputies were unable to approach the victim due to the potential attack from the dog and a LCSO Deputy was forced to shoot and kill the animal," the Loudon County Sheriff’s Office said at that time. Authorities also confirmed that the victim's husband was "a long-time and very accomplished K9 trainer."

Last year, two people were killed by dogs 3.5 months apart in Cocke County, about 50 miles east of Knoxville. Those dogs, cane corso mastiffs, were suspected of belonging to Charles Everett Owensby, who goes by "Charlie Dogman" on Facebook, who became a "person of interest" in both deaths. Owensby, who is known locally as a dog trainer, was later arrested on unrelated charges. To date, no charges have been brought in connection to these two fatal dog attacks.

Finally, in addition to multiple fatal dog maulings near Knoxville over the past year, a fatal dog attack recently occurred in Sevier County too, which only has a population of 98,000. In October, a 7-month old boy was killed by a St. Bernard while visiting his grandmother's home in Sevier County. The dog had a history of aggression and was normally kept outside when the boy visited. Two fatal dog attacks occurring months apart in a county population of this size is uncommon. 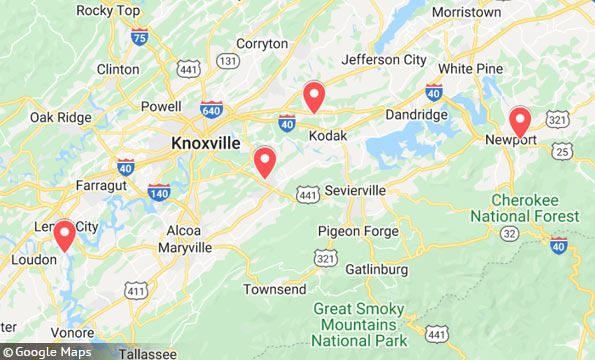 Since April 2021, five people have been killed by dogs in counties near Knoxville, Tennessee. 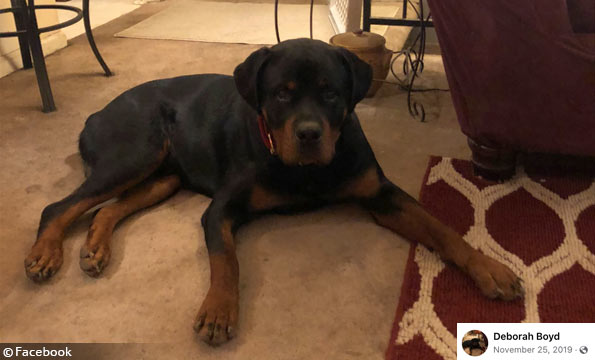 A pet rottweiler seen on the victim's Facebook page, posted in November 2019.