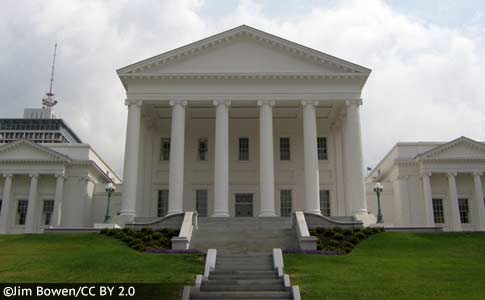 Richmond, VA - Back in late September, dog bite victims' advocate Bonny Lee sent a compelling letter to the candidates running for Virginia Governor, Glenn Youngkin and Terry McAuliffe. Lee is part of a loose coalition of Virginia citizens (the dog safety committee) who have been attacked by loose dogs or have had their own domestic pets or livestock killed by dogs. Lee has been active in legislative issues in Virginia for a number of years, as one can tell by her well-crafted letter.

Lee comments on the poor civil dog bite laws in the state. Virginia still adheres to the ancient "one bite" rule. Virginia also follows another ancient and inhumane doctrine, called the "contributory negligence" rule, states DogBiteLaw.com. "It says that a person who is even one percent responsible for an accident has no legal right whatsoever to recover compensation for medical bills or anything else. There are only 4 states in the USA that follow this terrible, 18th century rule."

Lee states in the first paragraph of the letter how lacking the criminal dog bite laws are in Virginia as well. It is virtually impossible to obtain a felony conviction against dog owners or rescuers after a vicious attack, including after the horrific mauling death of a person, states the letter. Taken together, the civil and criminal dog bite laws in Virginia place the rights of vicious dogs and their owners over the rights and safety of human beings, the Commonwealth's citizens, states the letter.

In the second bullet point, Lee questions why the Animal Law Unit of the Attorney General's office, a unit that exists to protect animals, has any role in the consideration of human protection. Lee also addressed this issue in a Letter to the Editor back in November 2020 (The rights of human victims of dangerous dogs or their domestic pets is not within the purview of the Animal Law Unit, yet that unit must approve any legislation designed to protect humans and their pets, Lee states.)

Lee's final bullet point dives into some of the outrageous bills that have recently been presented to the General Assembly concerning dangerous dog legislation. "Such as sending dogs deemed dangerous out to other states as long as they didn't border Virginia, or moving dangerous dog hearings to any jurisdiction in the state, forcing victims and attorneys and animal control to travel long distances, a cynical attempt to virtually shut down dangerous dog hearings," states the letter.

Lee's letter spells out where the problems are in Virginia state law and who she stands with, the undersigners of the letter. This is a grassroots effort -- there are no paid lobbyists or businesses, such as a nonprofit 501(c)3 or (c)4. This is how change begins. Many people write in and ask us, "How can I get involved?" By doing exactly as Lee has done. Become active in state legislation by contacting elected officials and candidates, as well as by submitting letters to your local paper.

There are problems with Virginia Law that place the rights of dogs over the rights and safety of human beings, the Commonwealth’s citizens. It is almost impossible to obtain a felony conviction against the owners or rescuers after a dog attack, regardless of the extent of human injury, including the terrifying death of the individual. The most widely publicized of these was the death of 90-year-old Margaret Colvin of Virginia Beach, who was mauled to death by a so-called rescue dog. It appears to the public, at least, that Mrs. Colvin’s life was worth only a $750 misdemeanor fine.

We are a loose coalition of Virginia citizens (the dog safety committee) who have either been attacked by vicious dogs or have had their own leashed domestic pets or livestock killed before their eyes. Here are issues that concern us:

If you are elected, we hope you will carefully consider every aspect of any dangerous dog legislation before signing it.

We asked Lee if there was advice she wanted to share with other advocates. Lee recommended joining your state animal control association. "I strongly suggest to others interested that they consider joining their state animal control association if their association has an associate or non-officer category," Lee said. "It has helped me tremendously to not only make friends, but also keep up with pending legislation and encourage victims to call and write to their legislators," she said.

During the 2021 legislative cycle, two professionals that Lee came to know during events at her state animal control association went to bat for victims of dangerous dogs. Kathy Strouse, a Board Member for the Virginia Animal Control Association, and Sharon Adams, who chairs the Executive Committee for the Virginia Alliance for Animal Shelters, helped Lee's coalition by supporting legislation that helps prevent changes of ownership before a dangerous dog case is adjudicated. 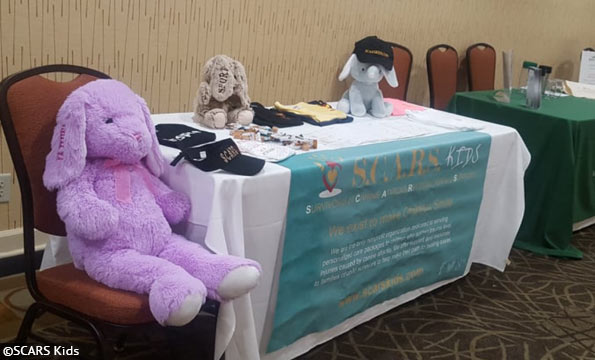 In 2018, the Virginia Animal Control Association gave Lee a booth to use at no charge for their annual conference for SCARS Kids (Survivors of Canine Attacks Recognition and Support). 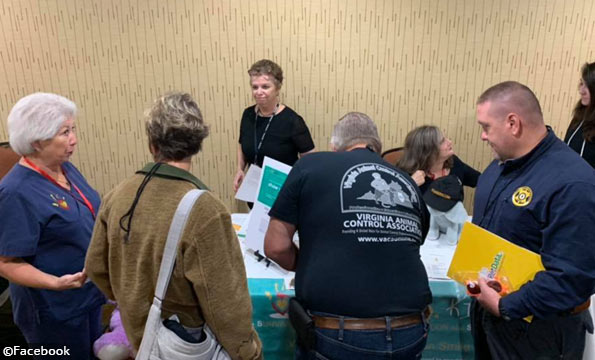 Lee, Pam Ashley and Tina Pounds, who survived a vicious pit bull mauling intended for her grandson, had literature at the booth, including materials from SCARS Kids and DogsBite.org.