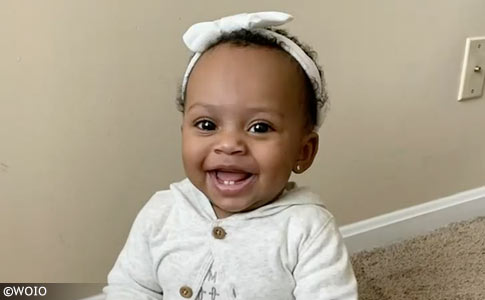 After a domestic altercation "agitated" two pit bulls in Akron, one pit bull killed a baby.

Clarifications
UPDATE 10/08/21: Some important clarifications have been made in this "messed up" dog bite fatality. On October 3, one or both family pit bulls residing at 371 Westmoreland killed a child that was under the care of her 20-year old uncle. Just before the attack, her uncle had gotten into a fight with a female, also aged 20, on the enclosed front porch of the home. Police believe the domestic altercation between the adults "agitated" the pit bulls causing one to attack the child.

Subsequent news reports stated that one of the pit bulls had been declared "vicious" due to attacking a letter carrier in June. Actually, both pit bulls already had this designation, due to Akron having an ordinance that requires the owners of pit bulls and other fighting breeds to adhere to the same restrictions as dogs declared vicious. The letter carrier, who was bitten on the thigh and hand, even asked that citations not be issued afterward, according to a city animal bite report.

The Akron ordinance, however, suffers from enforcement issues and lack of personnel, according to a report from the Akron Beacon Journal. Notably, the Journal also learned that a third-degree felony charge of endangering a child was dismissed against an Akron family member by a Summit County grand jury after a family pit bull attacked and killed a 7-month old baby, who was being held by his 77-year old grandmother. That fatal dog attack occurred in August of 2020.

WOIO News has also been examining this case. Not only was a letter carrier bitten by one of these pit bulls, other people were bitten too. Mail to the home was suspended after the attack on the letter carrier. A person who lives at the home was bitten by one of the dogs in March. The owner of the dogs -- which police are now saying is unclear -- was uncooperative during that investigation. The uncle has been uncooperative during the fatal biting incident as well.

The female involved in the altercation is the ex-girlfriend of the uncle. That is why the uncle was uncooperative -- he did not want her to get into trouble. The police report lists her as a suspect in his assault, but at this point she has not been charged. Previously, WOIO interviewed the parents of Ka'Vay Louis, who do not blame the uncle for the attack, but do blame his ex-girlfriend. Despite the previous bites, Ka'Vay's parents never worried about her safety with the two pit bulls.

Attorneys Andrea Burton, Billi Copeland King and Walter Madison represent the family. They sent WOIO a statement that reads in part, “It is the family’s sincere wishes for all culpable parties involved to be charged to the fullest extent of the law. Otherwise, steps will be undertaken to convene a grand jury for consideration of charges outside of the Summit County Prosecutor’s Office.” The family will also be starting a foundation to help victims of vicious dog attacks.

10/04/21: Classified as "Vicious"
A 16-month old girl killed by one or both family pit bulls has been identified as Ka'Vay Louis-Calderon. The 20-year old uncle was babysitting the girl when he got into an argument with a woman on the enclosed front porch of the home. “The little girl was left inside the house with the two family pets and as this disturbance, fight, was occurring outside, it’s believed that the dogs reacted and turned their aggression to this beautiful 16-month old little girl,” Chief Mylett said.

One of the pit bulls had already been classified as "vicious" for attacking a postal carrier. This scenario should led to "instant" criminal charges -- when an adult leaves a child alone with a dog legally declared vicious due to a previous attack -- but this is not on Mylett's radar. "I’m reluctant to lay blame or responsibility on anybody right now. At this point, the family is mourning the loss of a 16-month-old baby. But rest assured, we’re going to get to the bottom of what happened."

The Akron Beacon Journal reports the baby did not live at the home. It is unknown how familiar the child was with the two pit bulls. The 20-year old woman, who was arguing with the uncle on the front porch, also did not live at the home. Lt. Michael Miller told the Journal the whole thing is a "messed up" tragedy. Many fatal dog maulings indeed are. But this attack involves a dog classified as "vicious" being left alone with a young child while her adult caretaker engaged in a "domestic."

10/04/21: Pit Bull Kills Baby Girl
Akron, OH - Another baby in Akron is dead after being attacked by a pit bull. Akron police were dispatched to a home in the 300 block of Westmoreland Street at 10:30 am Sunday in response to a pit bull attack. Arriving officers found a 16-month old girl suffering from critical injuries. She was transported to Akron Children’s Hospital, where she later died. Police believe a domestic altercation between two adults at the home "agitated" the pit bulls causing one to attack the child.

The fight between the two adults at the home -- a man and a woman -- did not involve the child's parents, according to authorities. Police did not identify the baby, her parents or the two fighting adults. Police did not explain why an argument between two adults would cause two pit bulls -- dogs selectively bred for the purposes of dogfighting -- to suddenly Blitzkrieg on a nearby helpless baby. The Summit County Medical Examiner will perform on autopsy on the baby girl.

Audio dispatch log files from Broadcastify.com indicate the pit bulls were "at large" too. "Copy that. 371 Westmoreland two pit bulls at large, copy," says a voice who might have been animal control. The dispatcher replied, "Be advised, it started out as a domestic, so there are plenty of APD and EMS on scene." Animal control eventually collected both pit bulls. "Our deepest thoughts and condolences go out to the family," the Akron Police Department said in part in a statement.

In August 2020, less than five miles away, a family pit bull killed a 7-month old baby boy. The child's grandmother had been holding the child in her arms when the dog attacked. That child was also taken to Akron Children’s Hospital, where he was pronounced dead. Since January 2020, family pit bulls have killed at least two infants in Dayton, Ohio as well. In one case, the infant's mother was sleeping on the sofa at the time. In the other case, the dog smothered the baby.

The most notorious fatal pit bull mauling that "started out as a domestic" occurred in Texas back in 2012. In that case, police were at the home in connection with a domestic altercation between the baby's parents when the mauling took place. Police were outside the home taking statements from witnesses, when the child's grandfather set the baby on a bed inside the home. When the grandfather realized the baby had been attacked, he picked up the baby and fled outside.

Even when police are present, a family pit bull can kill a child. The mother in the Texas case had dropped the baby off at the father's home for visitation. The altercation between the parents, which escalated into pushing, occurred about an hour before the fatal attack. Apparently, that pit bull, which had a bite history, was still agitated at the time. Minutes before the attack, the mother had told a neighbor her main concern was the dog, and the baby being in the house with the dog. 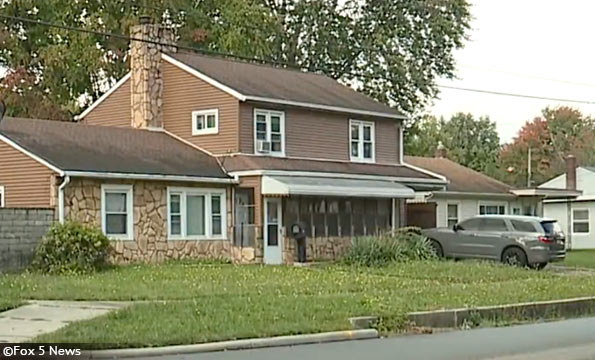 Home in the 300 block of Westmoreland Street in Akron where family pit bulls killed a child.

33 thoughts on “2021 Dog Bite Fatality: Pit Bulls Kill Another Baby in Akron, Ohio; Incident 'Started Out As a Domestic'”