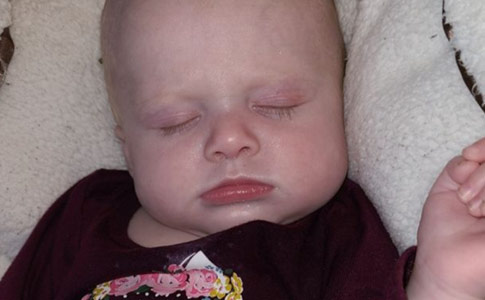 Raelynn Larrison, 4-months old, died after a family dog was found lying on top of her.

The Baby's Parents
UPDATE 01/03/21: The baby's parents have been located on Facebook. Both are commiserating the loss of Raelynn in a recent post. Both also own American bullies, "developed as a natural extension of the American pit bull terrier." The father breeds them too under "Nut House Bullies." It is unknown how many dogs were in the home at the time of the baby's death. Four? Twelve? One recent video shows a white American bully sniffing the baby while she was lying in a carrier. 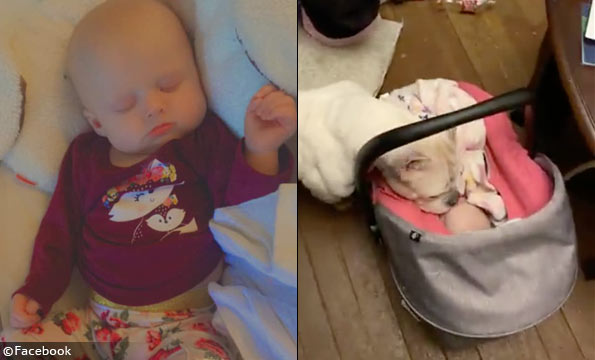 A December 1st video shows one dog sniffing the baby while she was lying in a carrier.

01/01/21: Baby Girl Dies
Dayton, Oh - A 4-month old baby died after she was found with a dog lying on top of her on New Years Eve, authorities say. The Montgomery County Coroner’s Office identified the baby as Raelynn Larrison, of Dayton. The cause and manner of death have not yet been determined. Crews were dispatched to a home in the 20 block of South Findlay Street about 7:00 pm after a report of a baby not breathing, according to the Montgomery County Regional Dispatch Center.

The infant was transported to Dayton Children's Hospital, where she was pronounced dead. The baby's death is under investigation and an autopsy will be conducted, according to the coroner's office. WRGT spoke to Lonnie Dapier, a neighbor. "God bless that child and I just hope they get that dog taken care of one way or the other so it won't injure anyone else," he said. Dapier has lived in the neighborhood for eight years and said the dog has gotten out several times.

Last January in Dayton, just 2.4 miles away, a 4-month old baby girl was killed by a family pit bull while her mother was asleep on the couch. At the time, the baby's mother was taking prescription medications. The baby's father, Parker Terwell, said he arrived home just before midnight and found the infant alone lying on the floor and not breathing. Terwell also told police he had thrown a Marijuana bong into the kitchen trashcan before police arrived. No charges were ever filed.

A family member has started a GoFundMe for baby Raelynn to help with funeral costs.

In May 2005, in Lockland, Ohio, a family pit bull smothered a 1-month old baby girl. Police were "not sure why or how long the pit bull laid on the baby, named Maria, in the house in the 300 block of Williams Street," reported WLWT back then. The baby was on the couch and her mother was in the kitchen when it occurred just before 5:00 am. When rescuers arrived, the baby was bleeding from the nose, police said. That baby's death is excluded from our dog bite fatality statistics. 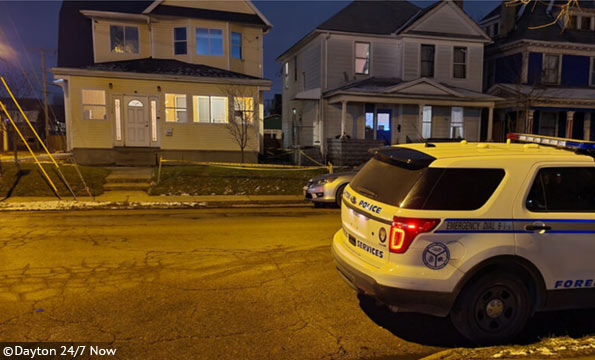 Home on South Findlay Street where a baby was found not breathing with a dog on top of her.

19 thoughts on “Baby Dies New Years Eve After Man Reports Finding Dog on Top of Her in Dayton, Ohio”