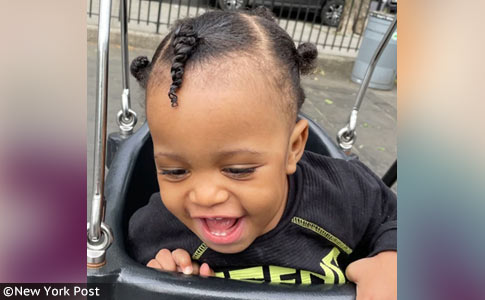 Ryan Foster, 19-months old, was mauled to death by a family rottweiler in Brooklyn.

Mother Speaks Out
UPDATE 08/12/21: On Tuesday night, 19-month old Ryan Foster was killed by a family rottweiler used for “security.” His older brothers, 9 and 11 years old, were not injured. On Wednesday, the child’s father, Vernon Foster, was arrested and charged with manslaughter, criminally negligent homicide and acting in a manner injurious to a child after leaving his children unattended with the dog. Now the child’s mother, Susan Hyre, is speaking out, who has custody of the children.

Hyre told WPIX that Ryan was her “miracle baby.” I never thought I would have children again, she explained, “because I had a very complicated pregnancy.” Hyre, who is currently separated from Foster, said that Foster picked up the children on Monday for regular visitation. She was unaware of Foster’s plans to bring the children to his own parent’s apartment in the 300 block of East 17th, where the rottweiler is kept. The boy’s grandparents were out of the country at the time.

Hyre told the Daily News that Buster had previously bitten her 11-year old son, Jayden, in 2019. “My child literally has bite marks from that dog and the marks are still there,” Hyre said. “He was bit on the leg by the same dog.” Hyre described Buster as “a guard dog, not a dog meant to be around children.” She called Foster’s actions “the ultimate betrayal.” When “you know this dog is a vicious dog and you left the kids there,” Hyre said, referring to Foster. “That’s careless.”

According to a Brooklyn Criminal Complaint, Foster was accused in February of pushing Hyre so hard it left a hole in the wall. The case was dismissed with a requirement that Foster remain out of trouble. Five months later, Foster is now facing multiple felonies in connection to the mauling death of his youngest son. The rottweiler attacked the baby’s head, neck and shoulder at about 10:45 pm Tuesday. An ambulance rushed Ryan to an area hospital, where he later died.

08/11/21: Rottweiler Kills Baby
Brooklyn, NY - Charges are pending after a 19-month old boy was mauled to death by a family rottweiler. The attack occurred late Tuesday night at a home in Flatbush. The child’s father left the baby at the home with his two brothers, ages 9 and 11, when he went to work Tuesday evening. Police were dispatched to the family’s ground floor apartment in the 300 block of East 17th Street about 10:45 pm after the family’s rottweiler attacked the baby’s head, neck and shoulder.

“When the officers arrived here, they went to an apartment on the first floor. They encountered a child with multiple wounds to his body, bleeding heavily,” - Assistant Chief Michael Kemper, the commanding officer of Patrol Borough Brooklyn South

According to police, the older brothers fled the home after the attack to flag down a passerby. Officers arrived to find the baby “bleeding heavily” in the lobby of the building with his brothers. The baby was rushed to Maimonides Medical Center, where he was pronounced dead just before 11:30 pm. Police said the 11-year old sibling was previously bitten by the dog, named “Buster,” in the past and was afraid of the dog. The father was taken into custody and charges are anticipated.

The two older brothers were able to lock Buster in the bathroom before police arrived. NYPD Emergency Services officers tranquilized the dog, which was then taken into custody by Animal Care Centers of NYC. The Daily News reports the father, who has visitation rights with the children, was taken into custody when he and the child’s mother showed up at the hospital. Regarding the previous bite, it was never reported to authorities and police are investigating.

CBS New York footage shows the two brothers running outside as a crowd of adults come to their aid. Police quickly appear and carry the injured boy to an ambulance. One neighbor commented, “Baby not supposed to be home by itself. I know it’s hard times, it’s pandemic times. We try to make ends meet.” CBS also reported that the father, who has not yet been identified by police, has one other unrelated assault charge and now could face a charge of child endangerment.

WABC reports in a Wednesday update that the apartment and the rottweiler belong to the children’s grandparents, who are currently out of the country. The grandparents are also the superintendents of the apartment building on East 17th Street where the attack occurred, and they reportedly had the dog for “security” because they have been burglarized in the past. Back in May, 4-year old Elliot Sherwin was fatally attacked by his grandparents two rottweilers in Montana.

By late Wednesday, both WABC and WPIX reported that the boy's father, Vernon Foster, was arrested on charges of manslaughter, criminally negligent homicide and acting in a manner injurious to a child. "Detectives from the 70th Precinct and Brooklyn South Homicide Squad are fully engaged in the investigation," Kemper said earlier. "It's very active right now, pending a search warrant for the apartment" and we are working with the DA's Office in relation to charges. 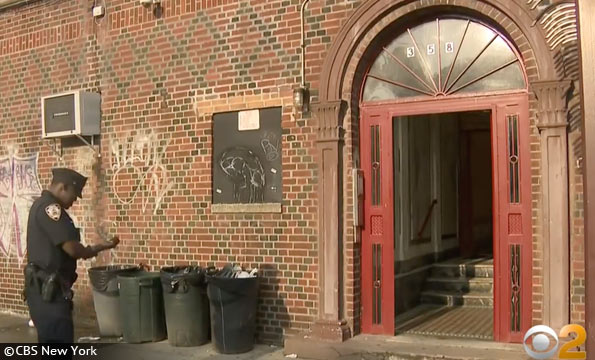 Entrance to the building where a family rottweiler killed a baby boy in Brooklyn Tuesday night. 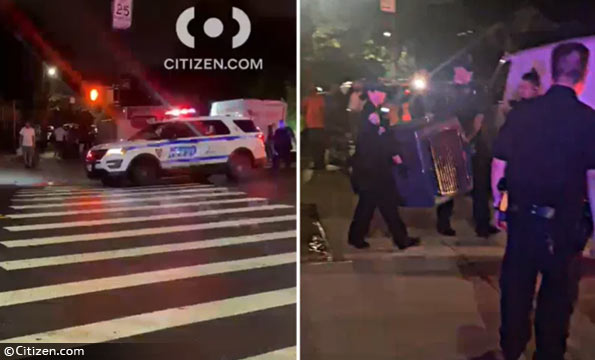 Photographs showing NYPD officers at the scene after a family rottweiler killed a baby boy.

Baseline reporting requirements:
Law enforcement departments across the United States should release consistent "baseline" information to the media and the public after each fatal dog mauling, including these items.
Tweet
Share239
Tweet
Share239
Donate Now