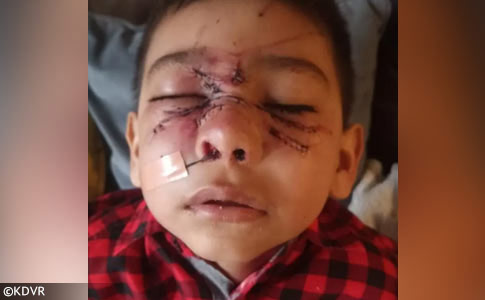 Council Member Reacts
Aurora, CO - On February 13, a stray pit bull was transferred to the Aurora Animal Shelter from Alameda East Veterinary Hospital. "He had dog bite wounds to his whole body" and "deep bite wounds to the chest." Cotto (AKA Malone) was listed as a neutered American Staffordshire terrier. On February 18, the dog underwent a SAFER evaluation and easily passed, but showed serious dog aggression to small dogs, "No small dogs or cats in home," states the evaluation.

The dog was adopted to 24-year old Austin Chavez on February 27. A week later, the dog inflicted a Level 5 bite to a boy's face. Chavez started driving to the hospital and flagged down a police officer, who provided him an escort. Chavez later explained to the officer that Cotto suddenly jumped off the couch and attacked the boy's face. "Cotto did not let go," states the police report, so Chavez "reached over and under Cotto's upper and lower jaw and pried his mouth open."

Chavez then locked Cotto into the bathroom and rushed the boy to the hospital. Chavez told the officer, "when he got Cotto from the shelter they told him he was a good dog around kids, which is why he got him," states the report. Chavez said he did not feel safe going home to collect Cotto, but he eventually did (to avoid pick up fees from animal control). Chavez took the dog to the Denver Dumb Friends League, a private shelter, where they humanely euthanized the dog.

"This dog came to the shelter from Alameda East as a stray. He was presumbly attacked by a dog. He had dog bite wounds to his whole body. The right front carpus was swolle, 2 lacerations to front left paw pads and deep bite wounds to the chest. He was treated for all of these wounds The torn pad wounds will take some more time to heal, and may require further treatment. Please follow up with your veterinarian regarding this condition. Aurora Animal Shelter is not responsible for any further treatment and/or diagnosis of this condition."

In January, Aurora City Council members repealed the pit bull ban, which took effect on February 14. The unprovoked Level 5 bite occurred three weeks later. The primary debate about the repeal concerned whether voters or city council should decide it. In 2014, voters elected to keep the pit bull ban by a wide margin. Council members repealed the ban in a 7-3 vote anyway. At that time, the city was also threaten with a lawsuit by Matt Snider for "delegitimizing the voters' decision."

Aurora City Councilmember David Gruber, who voted against the repeal, described the facial attack as "heartbreaking" to KDVR. "We just heard from experts [we] shouldn’t fear them, they are no more dangerous than any other dog. Then to find out, low and behold -- three to four months after we made a vote to allow them -- here we go, just breaks my heart,” Gruber said. The lifting of the ban that was in place since 2005 should’ve been voted on by Aurora residents, Gruber said.

Who were the "experts" Gruber referred to? In January, Dr. Apryl Steele, President and CEO of the Denver Dumb Friends League provided a statement to Aurora City Council members in support of the repeal. In it, Steele falsely claimed the city "would be safer" if they repealed the ban because this would allow "citizens to adopt a pit bull from an organization that has several full-time behavior experts evaluating the animal" prior to adoption, instead of obtaining the dog from a breeder.

Every council member is concerned about the safety of our community. This is an issue we take very seriously at the Dumb Friends League. This is exactly why it is vital to create a community where pit bull puppies can be socialized without fear of having them confiscated. This is also why allowing your citizens to adopt a pit bull from an organization that has several full-time behavior experts evaluating the animal prior to making it available, rather than obtaining it from underground resources motivated by profit, is imperative. The fear of bringing the dog out in public, sourcing pit bulls from unscreened dog dealers, and not providing them with veterinary care or training all increase risks to your citizens … Why does this change need to be made now? Too many families have been broken up because their family dog is a banned breed. Please vote to repeal the pit bull ban so that your community can be safer, and families can remain whole." | Read full statement - Dr. Apryl Steele, President and CEO of the Denver Dumb Friends League

The difference between a "dog trainer" at the Aurora Animal Shelter1 evaluating a pit bull versus "obtaining it from underground resources motivated by profit" is a coin flip. SAFER does not even measure the dog's sociability, which is the basis of our preferred test, Assess-A-Pet Protocol by Sue Sternberg. No test can measure unpredictable aggression either -- the hallmark of the pit bull breed. Cotto was also a stray pit bull that was found with serious dog-on-dog fighting injuries.

This victim is a 5-year old boy. There will be many more child victims of pit bull attacks in Aurora due to council members repealing the ban. However, there will be far more seriously mauled and dead canine victims of pit bull violence, primarily small dog breeds. This does not make a community safer, nor does it help families "remain whole." The Aurora Animal Shelter was perfectly fine adopting out Cotto, who if given a chance, would destroy a beloved small dog.

NO SMALL DOGS OR CATS/SMALL ANIMALS IN HOME!!!

Recommend no dog parks due to intense behavior with smaller dogs

Last week, we published about two European peer-reviewed studies that examined dog-on-dog attacks and dog-killing aggression. We also asked readers a question: Why is there a glaring absence of data and concern about dog-on-dog attacks in the US and UK by institutions and nonprofits that claim to "protect" and "advocate" for dogs? Both studies showed that pit bull breeds were the chief offenders, inflicting up to 5 times more attacks on dogs than all other breeds.

Our answer was the following: "because investigating the prevalence of dog-on-dog attacks and dog-killing attacks could result in more breed-specific legislation, an outcome that multimillion dollar humane and veterinary organizations sorely want to avoid -- even at the cost of pet dogs lives, especially small dogs lives. Motivations of the Denver Dumb Friends League and Aurora Animal Shelter, which urged Aurora officials to repeal the pit bull ban, are cut from the same cloth.

The Bullshit Meter is especially relevant to Aurora and Denver, given that both had long-term pit bull bans (each over 15 years). Thus, the intake levels of pit bulls remained low and municipal animal shelters could not even adopt out pit bulls. These shelters, for at least 15 years, have largely been removed from the responsibility of assessing pit bulls for adoption. As we can see by Aurora's dismal adoption record, 1 in 3 pit bulls adopted out thus far has resulted in disaster.

Like Cotto, many pit bulls come into shelters as strays with unknown backgrounds. Cotto also came in with fighting injuries. The SAFER test does not measure sociability, nor can it measure unpredictable aggression or many other types of aggression. The small dog test, at least, showed "intense behavior with smaller dogs." Despite the low reliability of many shelter tests today, Cotto was still a completely inappropriate dog for a young family with two small children like this one. 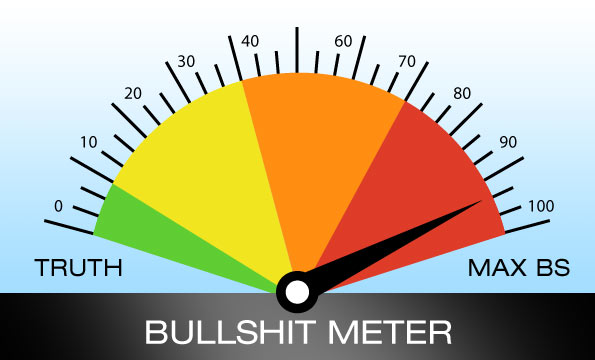 LEVEL 5 BITE in #Aurora—Level 6 is death. The 3rd pit bull adopted out to the public in Aurora after city lifted its pit bull ban. "In the letter sent to city councilmembers, it states that the child suffered a Level 5 bite” https://t.co/H0P43MTam9

1The SAFER evaluation was performed by "Desirae A. CPDT-KA," the lowest level of certification. She is a "dog trainer" not a an "animal behaviorist" or "behavior consultant." Add this factor to the bullshit by Denver Dumb Friends League who falsely claimed, "behavior experts" would evaluate dogs prior to adoption. If Aurora falsely communicated to the adopter that an "expert" evaluated this dog, it's just one more reason to sue the city.