Youtube artist Robert Crawford thanks the Denver mayor for his desire to keep people safe.

Denver, CO - On February 14, Denver Mayor Michael Hancock vetoed a bill that would have rescinded the city's 30-year old pit bull ban. The hasty repeal effort began in mid-January driven by Denver City Councilman Chris Herndon. On February 24, the attempt to overturn Hancock's veto of the pit bull ban repeal failed in an 8 to 5 vote. In between those dates, Youtube artist Robert Crawford responded. Crawford debunks the ridiculous arguments of pit bull worshipers.

Crawford opens, "Say No to Pit Bulls!" by congratulating Mayor Hancock for his desire to "keep people safe, not to assuage the pit bull owners." Crawford calls out the false and shameful argument of comparing "pit bull rights" to "human rights." That is just a bunch of "idolatry and nonsense," he says. "I find that really insulting." That "saving a pit bull from euthanasia" is somehow similar to saving a minority person from the Ku Klux Klan. "This is absurd," he says.

The Denver mayor did the right thing. "He's more concerned with people," he says. "Human beings who may or may not get mauled." We want to stop the maulings, and we also want to stop people from having to live in fear when there is a pit bull in the neighborhood. A lot of these pit bulls get loose. "We know the damage they can do -- we see it in the news all of the time." Crawford also addresses the archaic and ridiculous argument, "It's all how they're raised."

"There are plenty of stories of how people raise their pit bulls well." These pit bulls still turn around and maul their children or their owners, sometimes to death. These dogs "always go after their neck and face," he says. "We just can't take that chance -- that's the bottom line." Why take a chance with a pit bull dog when there are so many dog breeds that were not selected for fighting? "Get yourself a collie. Get yourself a golden retriever. Get yourself a Labrador," Crawford says.

Next, Crawford talks basic biology. "All dogs were bred with a certain goal in mind. Certain dogs were bred for herding," he says. We will add that there is no question that specific breeds exhibit breed specific behaviors -- border collies herd, greyhounds race, and retrievers retrieve. These behaviors are exhibited very early in life and do not require specific training. "The pit bull dog was bred to kill other dogs," he says, and to take down bulls. Pit bulls were selectively bred for fighting.

"Often times, they are too strong for their owners and the owner's can't even control them," he says. (There is an endless array of graphic videos showing just that too). Finally, Crawford also addresses the "blame the owner" mantra that does nothing to prevent the onslaught of new violent maulings and deaths. "I'm not talking about blaming anybody," he says. "I'm trying to prevent people, especially children, please prevent these children from being mauled," Crawford says.

A lesson from public health: The blame game does not prevent injuries. As a country, we did not revolutionize car safety in the late 1960s by blaming the driver or the car. One year after the publication of Ralph Nader’s book, “Unsafe at Any Speed,” Congress unanimously enacted the National Traffic and Motor Vehicle Safety Act. The act forced the automobile industry to build safer cars -- which was the proper solution. Our motto for pit bulls? "Unsafe with Any Owner." 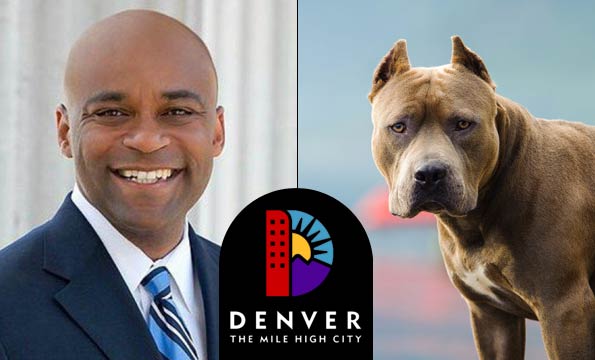 6 thoughts on “Video: Citizen Offers Straight Talk About Pit Bulls and the Priority of a Pit Bull Ban, to 'Keep People Safe'”