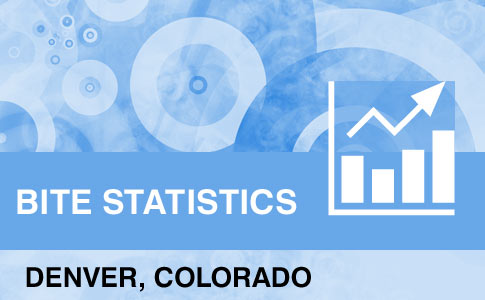 UPDATE: On February 24, the attempt to overturn Mayor Michael Hancock's veto of the pit bull ban repeal failed in an 8 to 5 vote. Nine votes were needed to overcome the veto. The repeal's sponsor, Councilman Chris Herndon, will now try to place the initiative on the November ballot.

Denver, CO - On February 24, Denver City Council members will determine if they can override the mayor's veto of the pit bull ban repeal. Nine votes are required to overrule the veto. On February 14, Mayor Michael Hancock vetoed the legislation, slowing the rushed repeal effort. The proposed repeal, sponsored by City Councilman Chris Herndon, would have rescinded the city's 30-year old pit bull ban and allowed ownership of pit bulls under a "breed-restricted license."

Last week, we obtained Denver dog bite statistical data by breed and injury severity over a 3-year period through a public records request. The data shows that across all four injury severity categories, Levels 2, 3, 4 and 5, pit bulls are among the top six biting breeds. Despite their low population in Denver, pit bulls are also among the top three biting breeds for Level 4 and 5 bites, 5 being the most severe, and classified by a recent scientific medical study as a "mauling injury."1

Pit bulls have a small population in Denver because of the longstanding ban, but this did not stop them from achieving the title of a top biting breed. Last year in Kansas City, Missouri, which has a mandatory pit bull sterilization law, pit bulls still inflicted over four times more bites than any other breed. More ominously, five years after Pawtucket, Rhode Island was forced to lift its pit bull ban due to a state preemption law, annual bites by pit bulls increased by more than 10 times.

This is what Denver can expect to see if their ban is repealed, at least a 4-fold increase in pit bull bites across all injury levels in just 5 years.

Page two of our analysis shows Level 2 bites and bites with an unknown level of injury severity. Pit bulls rank within the top six biting breeds in both categories. In Denver, where pit bulls are banned, the breed even has a presence in the lowest bite level, inflicting 9% (35) among the top biting breeds. All common biting breeds outpaced pit bulls, including chihuahuas, Labrador retrievers and German shepherds. Pit bulls rank fourth in the unknown injury severity category as well.

The All Data Summary shows top biting breeds versus all other dog breeds combined. Of the total number of bites, 1717, pit bulls inflicted 5% of all Level 2 bites, 6% of Level 3 bites, 12% of Level 4 bites and 12% of Level 5 bites. About a quarter of all reported dog bites in Denver have unknown injury severity. Among the top biting breeds, only 8% (25) of bites by pit bulls had unknown injury severity, surpassed by both Labrador retrievers 13% (39) and German shepherds 11% (33).

Most of the jurisdictions in our national bite report do not have breed-specific laws, but some do, including Kansas City and San Bernardino County, California, both of which have mandatory pit bull sterilization laws. Pit bulls are still the leading biters in both places. As Denver bite statistics show, pit bulls only need a small population to appear among the top biting breeds in a city or county. Only a small population is needed to appear in the most severe injury categories too.

Our analysis of Denver dog bite statistics is three years combined. So a 4-fold increase in Level 4 bites by pit bulls in a single year would move from 9 to 36 bites, obliterating the other top biting breeds in that category. Despite the modest enforcement of the Denver's ban, it is still preventing Level 4 and 5 bites by pit bulls and death. One motto for the public health industry is, "Laws can have a beneficial effect, even when there is little enforcement and some people flout the law."2

A Note on Top Biting Breeds

Similar to dog bite fatalities, where a small group of dog breeds inflict the vast majority of attacks, top biting breeds by far inflict more bites than other breeds. The 2019 dog bite chart from Kansas City clearly shows this. One sees 5 breeds (each inflicting 10 or more bites) producing a combined 234 bites, which is 70% of the total recorded dog bites (336), compared to 40 other dog breeds inflicting 9 and fewer bites each. It is statistically reasonable to focus on the top biting breeds.

The popularity of a dog breed within a community also plays a role in top biting breeds. In Denver, like in many other cities, Labrador retrievers and German shepherds are among the most popular dog breeds. As we see in Denver's dog bite statistics, function also plays a role. Fighting and baiting breeds like the American bulldog and pit bull terrier, show up disproportionately to their population numbers, likewise as do the robust herding breeds, like the Australian cattle dog.

In 2005, San Francisco became the first city to enact a mandatory pit bull sterilization law. In January 2019, we obtained five years of dog bite statistics from the city (2014-2018). California state law requires cities with breed-specific laws to track injury severity and reproductive status for all dog bites. The caveat of San Francisco's data is that it combines bites on humans and pets -- the two are indistinguishable. The city also has an inordinately high chihuahua population.

San Francisco tracks injury severity in five levels, similar to Denver, but with different names and definitions. As our focus on Denver concentrated on the more severe bites, we examined Level 3 Multiple Bites and Level 4 Mauling events in the San Francisco data. Pit bulls inflicted 46% (149 of 326) of injuries in this combined injury category, over twice the rate of any other top biting breed and over twice the rate of all other breeds combined, which includes 135 different dog breeds.

Page one shows the top biting breeds in all five bite levels. Noticeable right away is the large volume of chihuahua bites. Chihuahuas make up over one-third of all bites to humans and pets in the city and no doubt are highly popular. Chihuahuas, the "purse dog," have long had an extremely high population in California, so much so that even Hollister, 90 miles south of San Francisco, mandates the sterilization of pit bulls and chihuahuas to reduce their breeding.

Page two shows data of the reproductive status among biters, which is neutered, spayed and male and female unsterilized. Neutered dogs inflicted 55% of all dog bites to humans and pets. This held true, on average, across all injury severity levels too. In San Francisco, one is more likely to be bitten by a neutered dog than any other type. Neutered and spayed dogs combined inflicted 69% (162 of 236) of Level 3 Multiple Bites and 83% (75 of 90) of Level 4 Mauling events.

As Denver dog bite statistics show, pit bulls only need a small population to rise to a top biting breed in a large city. Pit bulls already rank forth in Level 3 bites, third in Level 4 bites and rank second in Level 5 maulings, surpassed only by another pit bull-type, the American bulldog. Lifting the Denver ban, with or without a sterilization requirement, could result in a 4 or 5-fold increase in Level 3, 4 and 5 bite injuries in just five years. The citizens of Denver deserve better than that.

As statistics from San Francisco show, a mandatory pit bull sterilization law is not nearly as effective in reducing serious injuries as a ban. Pit bulls comprise 46% of attacks involving the most serious injuries in San Francisco, but only comprise 12% of these injuries in Denver. Even an imperfect pit bull ban with modest enforcement is better than no ban at all. Because, "laws can have a beneficial effect, even when there is little enforcement and some people flout the law."

Without mandatory insurance, as was required under Denver's ordinance when existing pit bulls were grandfathered in back in 1989, few of these victims will be compensated for their injuries. It is clear that Herndon has no interest in the rights of pit bull mauling victims. His sole agenda is promoting the interests of pit bull owners over the health and safety of the Denver public and their pets. Some of these pets will be the first to suffer death inflicted by pit bulls under his repeal.

1"Mauling injuries were recorded when 3 or more bites occurred over 2 or more distinct regional anatomic areas, typically the craniofacial region, back, torso, and extremities." | Khan K, Horswell B and Samanta D, Dog-Bite Injuries to the Craniofacial Region: An Epidemiologic and Pattern-of-Injury Review at a Level 1 Trauma Center, J Oral Maxillofac Surg, [2019 Nov 14, Epub].
2David Hemenway, While We Were Sleeping, Success Stories in Injury and Violence Prevention, University of California Press, 2009 (Pg. 10).

The mayor's veto will stand. Council needed 9 votes to override. The vote was 8-5. The pit bull ban in #Denver will stay in place.