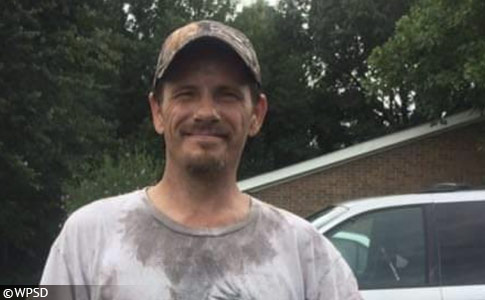 Owner Arrested
UPDATE 07/03/19: On Wednesday, police arrested Daniel Kai Alexander, 29-years old, of Gilbertsville, KY on a felony arrest warrant in connection to dog mauling death of Brian Butler. Alexander is one of the owners of the three pit bulls in custody that were seized after his death. Evidence shows that Alexander "tampered with physical evidence at the scene" on June 29, 2019. Alexander also had knowledge of Butler's body on McCoy Lane but did not contact authorities.

Alexander was charged with Tampering with Physical Evidence, a Class D Felony, as well as Duty of Person, Hospital, or Institution Finding or Possessing Dead Body, a Class B Misdemeanor. At this time, Kentucky State Police are confident that the three pit bulls in custody belonging to Alexander were the only dogs responsible in Butler's mauling death. Police, however, are still urging the community of Gilbertsville to exercise caution toward any roaming dogs in the area.

Daniel Kai Alexander goes by "Kai Alexander" on Facebook. His girlfriend, Tonya Speece, has photographs of three pit bulls on her Facebook page. A male pit bull, named Chevy, escaped the couple's property back in January and was found wandering on the side of I-24 East. 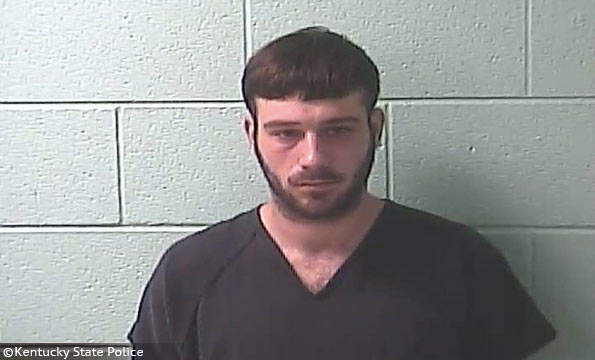 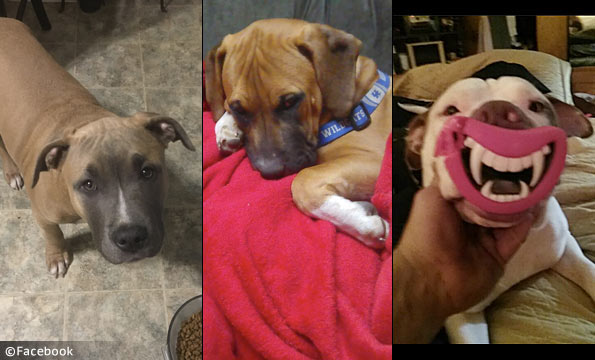 Daniel's girlfriend has three pit bulls on her Facebook page. "Chevy," (on left) escaped in January.

07/01/19: Sister of Victim Speaks Out
On June 29, Brian "Scott" Butler was discovered dead off of Gilbertsville Highway near McCoy Lane. The Western Kentucky Regional Medical Examiners Office determined the cause of death was "sharp force trauma from a dog attack." State troopers initially seized two pit bulls suspected in the attack. Butler’s sister, Cheryl Roberts, spoke to WPSD and said that she wants answers about his death. “This is a horrendous crime right here, and I want answers," Roberts said.

Police spray painted an orange outline around where Butler was found dead. Roberts said her brother was down on his luck and homeless at the time. He often slept on couches in the neighborhood where he was found, Roberts said. Nora and Randy Nichols, who live one street over, said they might have been the last to see Butler alive. They saw him walking down the road before the attack. The Nichols were so concerned about loose dogs that they installed a fence.

On Monday, police seized a third dog from a home just a few hundred feet away from where Butler's body was found. The canine was taken as part of the investigation, but police do not believe it was involved in the deadly attack. Kentucky State Police Trooper Bryan Luckett said Butler suffered severe facial injuries and had puncture wounds. Roberts, however, questions whether dogs were involved in his death. "He slept with them dogs," Roberts said in disbelief.

Kentucky State Police will likely do DNA testing on the two impounded pit bulls to determine if they were involved in the gruesome attack. So far, no witnesses of the fatal dog mauling are known.

06/30/19: Police News Release
Gilbertsville, KY - Detectives with the Kentucky State Police (KSP) are investigating the death of a man found in Western Kentucky on Saturday night. The victim has been identified as Brian S. Butler, 46-years old, of Benton, Kentucky. Police were notified just after 8:00 pm on June 29 that a passerby discovered a body laying near a local roadway in Gilbertsville. An autopsy, scheduled for Sunday, June 30, will determine his cause of death. The investigation is active and ongoing.

Two pit bulls were found near his body and seized by authorities. Police say additional dogs may be involved and advised residents to be cautious of any loose dogs in the area. Butler's death marks the third fatal pit bull attack in Kentucky this year, including the February death of 1-year old Ashton McGhee in Guthrie and the May death of 2-year old Isaiah Geiling in Louisville. Both children were killed by family pit bulls. In 2018, two people were killed by pit bulls in Kentucky.

Gilbertsville, KY (June 29, 2019) – Detectives with the Kentucky State Police are investigating the death of a Marshall County man after he was found dead in the Gilbertsville community on Saturday night. KSP was notified just after 8:00 PM on June 29th after a passerby discovered the body laying near a local roadway. Detectives identified the deceased as 46-year-old, Brian Butler of Benton. An autopsy has been requested to assist investigators in determining what may have caused the death of Butler. Anyone who may have spoken with Brian Butler over the past several days are asked to contact Kentucky State Police, Post 1 at 270-856-3721. The investigation is ongoing and more information will be released following the autopsy which is tentatively scheduled for Sunday, June 30th.

On Sunday, June 30, an autopsy was conducted on Brian Butler of Benton. The preliminary diagnoses indicates that the cause of death was sharp force trauma from a dog attack, states a news release by the Kentucky State Police. Two pit bulls suspected in his death were seized and are being held in quarantine by Marshall County Animal Control. Police believe "additional dog(s) may be involved in the attack that resulted in Mr. Butler's death," states the KSP news release.

Preliminary diagnoses indicated that the manner of death was sharp force trauma from a dog attack.

(June 30, 2019) – On Sunday June 30 th, 2019 an autopsy was performed on Brian S. Butler of Benton, KY at the Western Kentucky Regional Medical Examiners Office in Madisonville, KY. Preliminary diagnoses indicated that the manner of death was sharp force trauma from a dog attack.

On Saturday June 29th, 2019 two pit bulls were located in the area where Mr. Butler was located. These two dogs have been quarantined by Marshall County Animal Control until further information can be gathered. The Kentucky State Police are urging the public in the Gilbertsville, KY community to be cautious of any loose dogs in the area. It is possible that additional dog(s) may be involved in the attack that resulted in Mr. Butlers death. 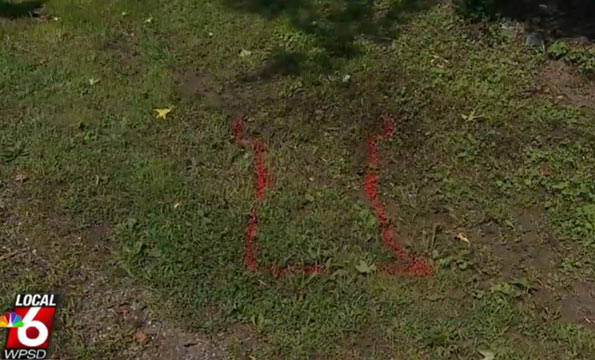 Orange outline of man found mauled to death by pit bulls on roadside in Gilbertsville, Kentucky. 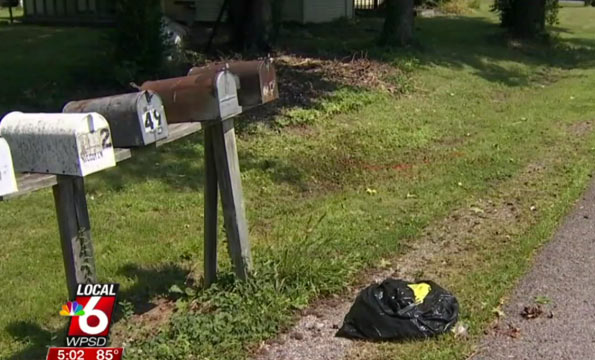 Mailboxes seen on McCoy Lane near where Brian Butler, 46, was fatally attacked by pit bulls.