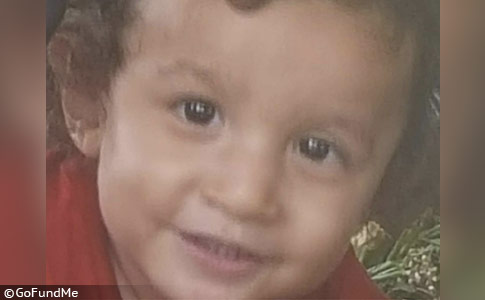 Child Identified
UPDATE 03/25/19: A young boy killed by two roaming rottweilers in Fresno on Friday has been identified. Jaysiah Chavez, 2-years old, was attacked by the dogs while alone in front of his home about 11:00 am. His grandmother rushed outside to save him and was also bitten. The boy's grandfather was able to stop the attack by hitting the dogs with a pipe hose. The dogs were located a few blocks away and taken into custody. Earlier reports said the boy was one-year old.

The rottweilers escaped through a gaping hole under the owner's fencing. Theresa Davis, who lives next to the rottweilers, said the dogs had a history of digging themselves out. Davis told ABC 13 she discovered the newest hole a few days ago. She said she repeatedly voiced her concerns and even placed a garbage can over the newest hole. Davis said she had called animal control in the past. Central California SPCA said they have no record of complaints on the dogs' owners.

Friends have started a GoFundMe to help the family: In Loving Memory of Jaysiah

03/22/19: Police Press Conference
Fresno, CA - A 1-year old boy is dead after being attacked by two rottweilers in southeast Fresno. His grandmother was injured trying to save the boy. About 11:00 am Friday, police responded to a home in the 5900 block of East Kaviland Avenue. Officers found the boy in critical condition and began CPR on the child. He was transported to Community Regional Medical Center, where he was pronounced dead, according to Lt. Mark Hudson with the Fresno Police Department.

The investigation determined the boy wandered out of the family's home and into the front yard where the rottweilers attacked him. Other children in the home alerted the grandmother. She rushed outside and saw the two dogs attacking the boy. When she tried to get the dogs off the boy, the rottweilers attacked her, Hudson said during a press conference Friday. The boy's grandfather was able to get the dogs off the boy and his grandmother. The dogs then fled, Hudson said.

"It took the grandfather also coming out of the house to hit these dogs with the hose to get them to release the child." - Lt. Mark Hudson

The dogs were captured and taken into custody by the SPCA. Police continue to look for the owners of the two roaming rottweilers. "We do have officers in the neighborhood right now knocking on doors, seeing if anyone knows of these two dogs," Hudson said. Fox 26 reports the owner of the rottweilers was later located and relinquished ownership of the animals. Both dogs will be euthanized Friday afternoon. The owner said the dogs "dug under the fence" to get out.

Footage from ABC 13 shows the property where rottweilers lived and a gaping hole under the owner's fencing. Investigators say the dogs dug a hole under the fence Friday morning, ran through a neighbor's yard, crossed Sunnyside and ended up in the front yard of the 1-year old boy. Theresa Davis, the next-door neighbor of the owner of the rottweilers, recognized the dogs on TV right away. "These dogs have been in our neighborhood for eight or nine years," Davis said.

Davis told ABC 13 the dogs have a history of digging themselves out. "Primarily on the back fence. They've come out the side gate of this property. And then recently, we discovered that hole a couple of days ago," Davis said. Fresno animal control claims they have no record of complaints on the rottweilers' owners. Davis said she repeatedly voiced her concerns; she even placed a garbage can over the recent gaping hole. Davis said she had called animal control in the past.

No criminal charges are pending against the rottweilers' owners. Because in Fresno, it's acceptable for a pair of large dogs -- rottweilers no less -- to repeatedly dig out from under a fence, roam the neighborhood and maul and kill a child who is in its own yard. Central California SPCA (CCSPCA), who provides animal control services to the city, told ABC 13 the owners have agreed "not to adopt" or to have any dog "that is considered dangerous" for the next three years. 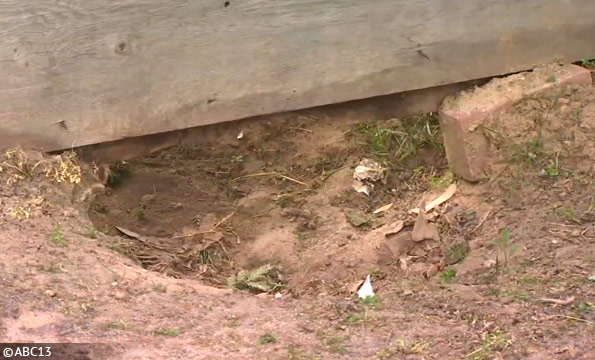 ABC 13 footage shows a gaping hole under the owners fence where the rottweilers escaped. 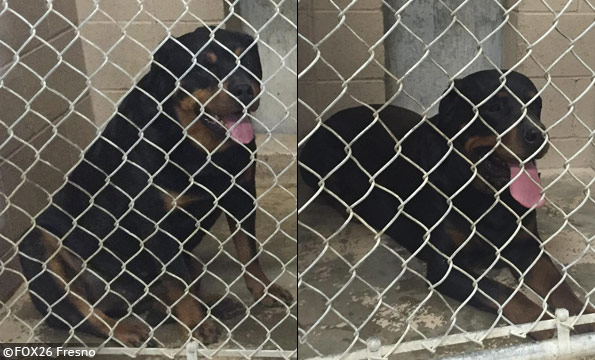 The pair of rottweilers seen in quarantine after killing a 1-year old boy in Fresno, California. 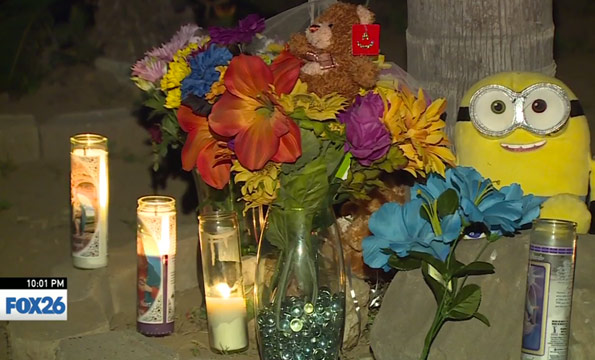 A small memorial for Jaysiah Chavez, who was mauled to death by two roaming rottweilers.

Baseline reporting requirements:
Law enforcement departments across the United States should release consistent "baseline" information to the media and the public after each fatal dog mauling, including these items.
Tweet
Share582
Tweet
Share582
Donate Now