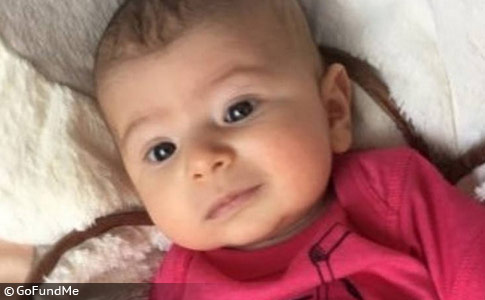 A 3-month old baby died after being mauled by a family dog in Sherman Oaks.

Baby Identified
UPDATE 05/07/18: The Los Angeles County Coroner's Office has identified the baby girl killed by a family dog. Gaia Nova died shortly after arriving at Cedars-Sinai Medical Center on Saturday. At the time of the attack, Gaia was under the care of her grandmother. When she left the infant in a room to get a bottle, one of the three family dogs clamped down on the baby's head, killing her. Authorities seized all three family dogs: a rottweiler, Labrador retriever, and small terrier.

Police do not know which of the dogs attacked the infant or if more than one dog was involved. Earlier news reports stated that DNA samples were taken to determine which of the dogs killed the baby. Authorities have not released the gender or spay/neuter status of the dogs or any photographs of the dogs. No criminal charges are expected. Police are calling the baby's death a "true tragedy." Gaia is the third baby girl mauled to death by a pet dog since March 7, 2018.

05/06/18: Family Dog Kills Baby
Los Angeles, CA - A baby is dead after being bitten on the head by a family dog in her Sherman Oaks home. The incident was reported at 3:25 pm Saturday in the 14400 block of Benefit Street, Officer Stacy Ball of the Los Angeles Police Department said. At the time of the attack, the baby was under the care of her grandmother. The grandmother rushed the infant to Sherman Oaks Hospital. She was then airlifted to Cedars-Sinai Hospital where she was pronounced dead.

This is a horrible case. It has touched all involved family, friends and first responders. Our hearts go out to the family and friends. - Capt. Lillian Carranza

At the time of the attack, the 3-month old baby girl was in her own home. There were three dogs present in the home, LAPD Police Services Officer Stacy Ball said. Police described the dogs as a 98-pound rottweiler, 89-pound Labrador and 10-pound terrier. Animal control took all three dogs into custody. It remains unclear if one or more dogs inflicted the deadly attack. KABC-TV reports that DNA samples were taken to determine which of the animals fatally injured the infant.

Circumstances of how the attack happened are also vague. Detective Moses Castillo stated, "It's a reminder to those who may have a large dog in the family and maybe have some little ones at home to remain vigilant -- constant observation of their little ones." CBS Los Angeles reports the baby's grandmother turned her back for a moment and when she returned, she found the infant with head and face injuries. The investigation continues. Criminal charges are not anticipated. 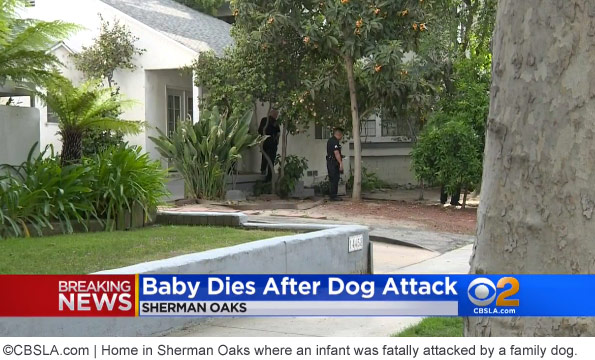 Baseline reporting requirements:
Law enforcement departments across the United States should release consistent "baseline" information to the media and the public after each fatal dog mauling, including these items.
Share175
Share175
Donate Now

5 thoughts on “2018 Dog Bite Fatality: Baby Killed by Family Dog While Under Her Grandmother's Care”