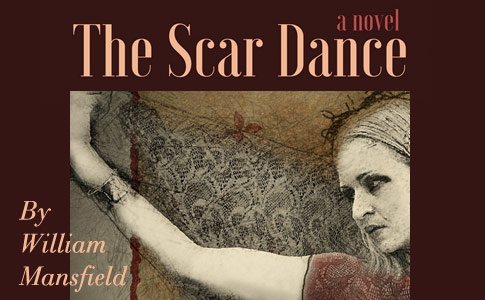 The Scar Dance is a novel by William Mansfield about a life-altering dog mauling.

The Scar Dance
DogsBite.org - The Scar Dance is a first novel by William Mansfield about the aftermath of a vicious dog attack. The victim of the attack is the author's wife. On a summer day in 2013, she had gone next door where two hulking bullmastiffs lived as a favor to their owner, who had asked her to feed the dogs while she was away. The book is a work of fiction, but Mansfield has experienced similar events. The Scar Dance provides readers a window into a real life-altering dog mauling.

The vicious attack occurs in the Humboldt Park neighborhood of Chicago, where the couple had lived peacefully for 14 years.

The book opens with the attack and the frantic chaos that follows. Mansfield is at work when his wife calls his cell phone, screaming incoherently. He drops everything and races home. "She's going to live," the ambulance drivers assure him. "The dog bites just missed major arteries in her thighs and neck." In this moment, Mansfield can't understand why they are rushing his wife to a hospital he's never heard of. "Because it's the best trauma hospital in Chicago," the EMTs said.

Victims of severe dog attacks are nearly always taken to Level 1 trauma centers, where top-notch emergency doctors treat life-threatening injuries 24 hours a day. This is a dramatic scene to those unfamiliar to it, due to life flight helicopters and ambulances whizzing in and out at a rapid pace. "WHERE IS ANNE?!" he asks himself frenzied. "There were stretchers with patients everywhere," Mansfield writes, "with doctors, nurses and technicians running around all over the place."

This urgency sets the initial tone of the book. Along with the profound openness and honesty of Mansfield's voice, which is one of the aspects you will remember the most while reading The Scar Dance. You will also remember that in his role as the supportive partner, the emotional and physical trauma of the vicious dog attack happened to both of them. Mansfield also has the duty of dressing his wife's horrible wounds for weeks after she is released from the trauma center.

"I was shocked and appalled when the doctors removed the bandages and I saw the wounds on Anne's body for the first time." - Chapter 2

The book is written in the style of a post-traumatic stress memoir as it moves in and out of time, recalling haunting details and foreshadowed events from the past, then fast-forwards back to the main narrative timeframe. There are also repetitions of memories. Our reading of it reflects listening to victims and family members after violent dog attacks. In some cases, you even sense the revelations Mansfield has in real time as the pieces fly together in his mind for the first time.

Owners of the Vicious Dogs

Most of the tension in the book lies between the couple and the owners of the attacking dogs who live next door. Though they had been cordial neighbors before the attack, the true colors of the dogs' owners illuminate afterward. They are illustrated as manipulative and sociopathic. We have certainly seen these types of owners before and researchers have examined them as well. All three of their large dogs were involved in the brutal attack, two bullmastiffs and a labrador.

The dogs' owners, a married couple, use all kinds of intimidation and nefarious tactics after the attack to harass Mansfield and his wife and to keep their vicious dogs. Like all victims of violent dog attacks, Mansfield and his wife were thrown into a legal system that often supports these manipulative and sociopathic owners, instead of victims with serious injuries. No victim of a violent assault by a human being would experience this, but victims of severe dog attacks routinely do.

The Unraveling of Their Lives

Mansfield carefully details how the attack, the dogs' owners and a failed legal system caused an unraveling of the couple's lives. He describes a disorientation and loss of identity too. "I felt lost because I had become another person," he writes, "but I did not know him." Next he faces the reality that all attack victims face -- you can never return to who you were before the attack. In The Scar Dance, that includes the inability to return to the same married life they had lived in the past.

"I felt locked into an alternative reality as though I was walking through a strange landscape I had never seen before." - Chapter 16

Mansfield even mentions how an older film he had seen in the past took on entirely new meaning while watching it after the brutal dog attack. This is all part of the disorientation after a traumatic attack. A vicious dog mauling alters -- through explosive realignment -- many perspectives a person once held. Simultaneously, as Mansfield also touches on, trauma from a severe dog attack can rekindle old issues and traumas a person had long ago overcome. The issues come back.

The Impact of a Vicious Dog Attack

How is a marriage impacted after a vicious dog mauling? Mansfield explains this vividly in The Scar Dance, from his wife's severe injuries, to the emotional trauma they both experienced, through multiple court battles against the dogs' owners and all that lies in between. Nearly each new page brings a new adversity and ways the couple struggles to overcome them. You will keep turning the pages to discover how the couple rebuilds their lives after a traumatic dog attack.

After receiving his Master of Fine Arts in painting and drawing in the mid-eighties, William Mansfield spent the next 30 years focusing on his visual art rather than his writing. Mansfield’s way of looking at the world and his art changed abruptly in 2013, when his beloved wife suffered a horrific experience. William turned to writing as a way of coping and chronicling the profound struggles that ensued. | View a Q&A with The Scar Dance author William Mansfield

3 thoughts on “Book Review: 'The Scar Dance' - A Couple's Journey of Rebuilding Their Lives After a Traumatic Dog Attack”