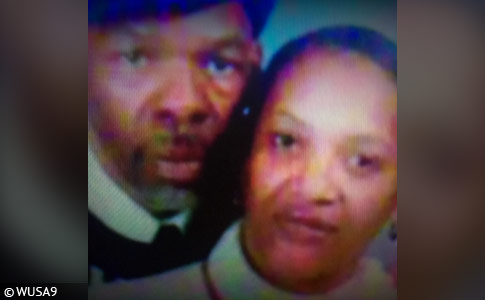 Longtime Family Pet
UPDATE 10/15/18: On Monday, the victim's husband spoke to the media outside of his home. Last night, the couple's pit bull of eight years fatally attacked Angela Smith. "I left the house," Rob Frazier said, holding back tears. "It was 15 minutes and I came back," he paused. "She was dead. That's all I know." The couple had been together for two decades, but only married two years ago. The male pit bull, named Kaine, had been given to Frazier by his nephew when it was a puppy.

About 6:30 pm Sunday, police were dispatched to Frazier and Smith's row home in the 1300 block of Dexter Terrace SE in Southeast D.C. They discovered Smith unconscious, suffering from "multiple trauma wounds." She was transported to a nearby hospital, where she was pronounced dead. Frazier said his mother was also in the home during the attack, but was asleep and did not hear anything. Authorities took the dog into custody; it has since been humanely euthanized.

Frazier said the dog was food aggressive, which may have triggered the attack. "I'm thinking she might have taken some food or something like that from him and he's real aggressive like that," Frazier said. Yet, a family dog attack resulting in human fatality is an absolutely disproportionate response to this. As animal behaviorist Alexandra Semyonova has explained in the past, selecting for impulsive aggression, as dogfighters did, created an utterly disproportionate response:

"It’s also not realistic to pretend that impulsive aggression is not pathological. The environments (the fighting pit, the baited bull, the escaping slave) for which these behaviors were selected as an adaptive response are so extreme that in fact there is no appropriate context for these behaviors in normal life." - Alexandra Semyonova, Heritability of Behavior in the Abnormally Aggressive Dog, November 2006.

It is also important to reemphasize that the agency contracting with the District of Columbia for animal control services, Humane Rescue Alliance, lied to the media and the American public after this horrific attack, calling this dog a "mixed-breed" instead of a pit bull. D.C. police later stepped in and confirmed this dog was a pit bull. The Alliance has pit bulls plastered all over their website and transport vans. Our nonprofit will address D.C. city officials about this deliberate deception.

After emails sent today, complaints going out snail mail Friday to @DCPoliceDept & DC council members regarding the contracting AC body, who claimed under the "backdrop" of a pit bull branded transport van, the fatal attacker was a mixed-breed. Background: https://t.co/mgUNYICsxe pic.twitter.com/5Gt9O60bJO

10/14/18: Woman Killed by Pit Bull
District of Columbia - A 55-year old woman is dead after being mauled by a pit bull in Southeast D.C. Responders were dispatched just after 6:30 pm to the 1300 block of Dexter Terrace SE for a report of a woman mauled by a dog. Dexter Terrace is just one block long with rowhouses on both sides. The victim was transported to a hospital with life-threatening injuries, where she was pronounced dead. It is unclear who owns the dog, but the deadly attack occurred indoors.

NBC Washington reports the attacking dog could be seen resisting efforts when taken into custody and tried to bite one of the officers while being removed from the home. "Multiple workers" were eventually able to haul the dog into a Humane Rescue Alliance van "using a blanket to lift its hind legs," reports NBC Washington. Neighbors told the news outlet they had seen the victim walking the male dog in the past. None of them had witnessed the animal acting aggressively before.

So far in 2018, one quarter (7 of 28) of all recorded fatal dog maulings have been attacks upon their owners, the very hand that feeds and houses these dogs. This does not include this immediate woman who may or may not be the dog's owner. Five of these owner deaths involved pit bulls, one fatality involved a dogo argentino and another involved a mastiff-mix adopted out three days earlier. So far in 2018, at least 28 Americans have been mauled to death by a dog.

Fox 5 confirmed the woman was killed by her own pit bull, bringing the tally of owner inflicted canine deaths up to 29% this year. On Monday, D.C. police identified the woman as 55-year old Angela Smith. WTOP reported that the contracting animal control agency, Humane Rescue Alliance, refused to call the dog a pit bull and instead lied to the media and American public -- in an effort to falsify United States fatal dog attack statistics -- calling this dog a "mixed-breed." 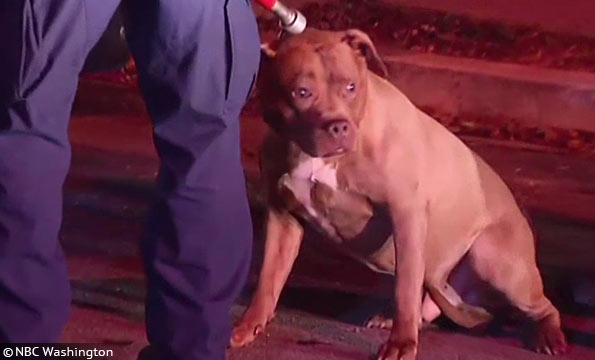 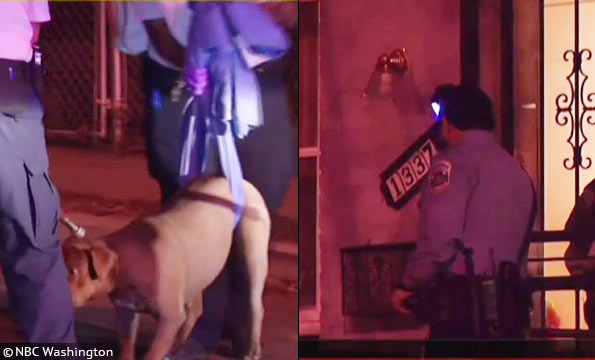 Pit bull being hoisted into the animal control van after fatally attacking family member in D.C.