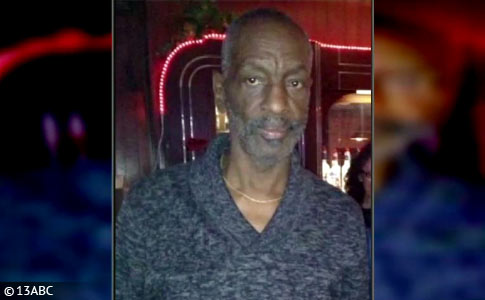 Vicious Pit Bull Fight
UPDATE 07/23/17: New information has been released about a man who died after trying to break up a vicious pit bull fight Thursday night. According to a Fostoria police report, 42-year old Amy Loving was walking her pit bull near 845 Davoli Street at about 11 pm when a pit bull belonging to 60-year old Michael Parks bolted from its home and brutally attacked her dog. Parks intervened and was bitten multiple times by one or both dogs. Police said Parks suffered serious injuries.

"We’re not exactly sure which dog bit him, if it was the one or both. He did have serious injuries as a result." - Astoria Police Chief Keith Loreno

Two 9-1-1 calls came in, one from Parks' frantic wife and the second from a person claiming a "vicious dog" killed another dog and attacked a man. According to the police report, Loving's dog was "badly mangled" in the attack. She was unsure if it would survive. The Seneca County Dog Warden took Parks' pit bull, named Mia, into custody. Earlier, Parks' sister-in-law claimed Mia was a "gentle giant" and was "not a vicious dog at all." Then Mia suddenly exploded like a bomb.

13 ABC spoke to the victim's wife. Cheryl Parks said he was fighting kidney disease and was on dialysis. On Thursday night they had been celebrating his 60th birthday. "I could accept it better," she said, if he had died from dialysis, "not him being bit by a dog." Cheryl said her daughter's pit bull, Mia, flew out of the yard and attacked Loving's pit bull. Cheryl said she tried to separate the two pit bulls and that she did not see a leash on Loving's dog, whose condition is still unknown.

07/22/17: Pit Bull Owner Dies
Fostoria, OH - Late Thursday night, a man died after breaking up a fight between two pit bulls. 60-year old Michael Parks let his pit bull, named Mia, outside at about 11 pm. The dog bolted across Davoli street and attacked a leashed pit bull being walked by its owner. While trying to break up the fight, Parks was bitten on his recently installed dialysis shunt, which is a connection between a vein and artery, usually located on the forearm or upper arm. He suffered massive bleeding.

Michael Parks was pronounced dead at a local hospital later that night.

Fostoria Police Chief Kieth Loreno reminds dog owners how dangerous dog-on-dog attacks are. "If you stick your hands down there and the dog is fighting with the other one with their teeth, obviously you're going to get injured," he said. Such attacks are exponentially more dangerous when involving one or more pit bulls. Parks' sister-in-law, "who did not want to be identified," claimed Mia was a "gentle giant." It is unknown what became of Parks' pit bull or the leashed one.

A similar death occurred in Cincinnati in 2012. Ronnel Brown, 40, was attacked by his own pit bull-mix. Hamilton County Coroner Lakshmi Sammarco explained, "He was on dialysis and had a device in his forearm that during the scuffle with the dog, the dog bit him in the forearm and ripped a hole in that device, that led to a lot of blood loss." Because Brown's dog was going "berserk," paramedics had to wait 10 minutes before entering his home. When they did he was already dead.

A "well-placed bite" by a pit bull without an apparatus involved has occurred on occasion in the past too. In 2015, Roy Higgenbotham, 62, died after a pit bull bite severed his radial artery near his left wrist directly causing his death. In 2014, Nancy Newberry quickly bled to death after her daughter's pit bull bit her in the abdomen where she had previously had an operation. In 2008, Robert Howard bled to death in Detroit after a stray pit bull tore out a major artery in his calf. 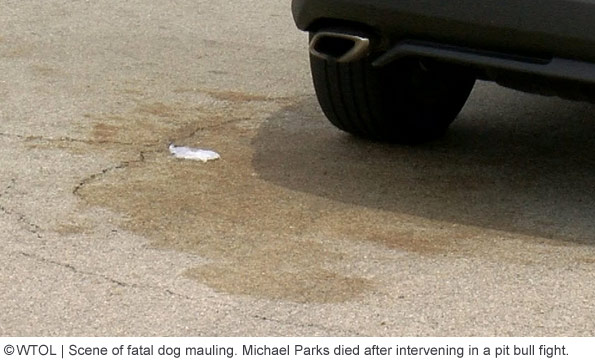 Baseline reporting requirements:
Law enforcement departments across the United States should release consistent "baseline" information to the media and the public after each fatal dog mauling, including these items.
Tweet
Share226
Tweet
Share226
Donate Now