The Family Pit Bull Attacked the Baby 'Out of The Blue' 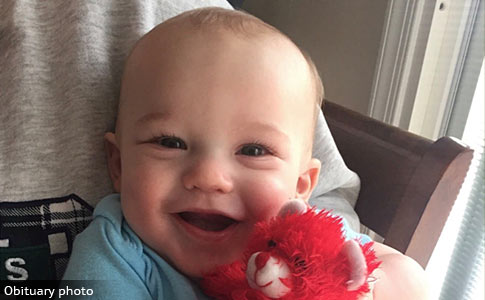 Family Pit Bull Confirmed
UPDATE 03/24/17: At the news conference Friday, Calvert County Sheriff Mike Evans said the dog that killed an 8-month old baby was a family pit bull, 6 to 8-years old. The family had raised the dog since it was a puppy. The animal attacked the baby "out of the blue," he said. The dog had no history of aggression, Evans said. The family friend watching the baby, a female neighbor who unsuccessfully tried to stop the attack, was taken to the hospital with minor injuries, Evans said.

"The family friend attempted to remove the dog from the baby by choking it and striking it with a rawhide bone and her shoe." - SoMdNews

Evans said the dog was around the baby his whole life. "This is a very sad day for our community. Our prayers and thoughts are with this family and everyone involved," Evans said. Calvert County Commissioners' President Tom Hejl also spoke at the conference. He said it was one of the worst tragedies the county has suffered; it will affect the entire community. He also expressed support for breed-specific pit bull restrictions and hopes this attack will spur conversation in Congress.

"If you have a dog unprovoked attack an eight-month-old child than it is [nature and not nurture]." - Commissioners' President Tom Hejl

To place this quote into more context, after being asked why he would support pit bull restrictions, Hejl said, "just because the nature of the animal and what history has told us about the animal. If you have a dog unprovoked attack an eight-month-old child than it is [nature and not nurture]," reports SoMdNews. The nature of this attack involves a family pit bull about 6 to 8-years old that suddenly and violently attacked a baby. The dog continued attacking until it was shot and killed.

Since 2005, there have been four fatal dog attacks in Maryland -- all four involved pit bulls.1 In 2006, a group of family pit bulls killed a man in Lusby. In 2012, the highest court in Maryland declared "pit bulls inherently dangerous," modifying the state's common law, which caused a fierce debate for two years. In April 2014, legislators muted the high court's ruling by passing a meager statutory law that only applies strict liability for dog bite victims in cases of loose dog attacks.

The persistent denial of the pit bull breed's heritage by its promoters -- namely self-interested animal welfare groups, veterinary groups and pit bull owners -- caused this recent tragedy and countless others. Despite a mountain of legal and medical evidence to the contrary, starting as early as 1986, the denial of the breed's heritage in bull baiting and dogfighting persists. These groups also deliberately spread false myths, many in the variety of, "It's all how you raise 'em."

In Maryland the vicious mauling of young children by pit bulls occurred as early as 1916. Bachman vs. Clark, 128 Md. 245; 97 A. 440 (1916). In that case, a ten-year-old boy, John L. Clark, was playing on the north side of a street when a pit bull ("bull terrier") came across the street from its owner's property and attacked him, inflicting serious injuries. The pit bull refused to release the boy until a witness picked up a "scantling" and struck the dog, killing it. Similar to the testimony in the present case by the boy's mother, in that old case the mother described the aftermath of the attack on her child as follows:

Over the last thirteen years, there have been no less than seven instances of serious maulings by pit bulls upon Maryland residents resulting in either serious injuries or death that have reached the appellate courts of this State, including the two boys attacked by the pit bull in the present case. Five of the pit bull attacks in Maryland have been brought to the attention of this Court, and two have reached the Court of Special Appeals ... [Read ruling in full]

03/23/17: Family Dog Kills Baby
Lusby, MD - An 8-month old baby boy is dead after being attacked by a family dog, according to a Calvert County Sheriff's Office press release. The deadly attack occurred on Prancer Court in Lusby at about 1 pm Thursday. Deputies responded to the scene within a minute of the call and shot the dog, which was still attacking the baby when they arrived. The initial investigation revealed that a family friend was watching the baby boy when the family dog attacked the baby.

Deputies were dispatched to the Prancer Court home at approximately 1:03 pm. After arriving to the location within one minute, deputies witnessed the dog actively attacking the baby. Deputies had to shoot the animal in order to stop the attack, states the release. Deputies immediately determined the baby died as a result of the attack. The investigation is ongoing. Calvert County Sheriff Mike Evans will be conducting a press conference at noon Friday at the sheriff’s office. 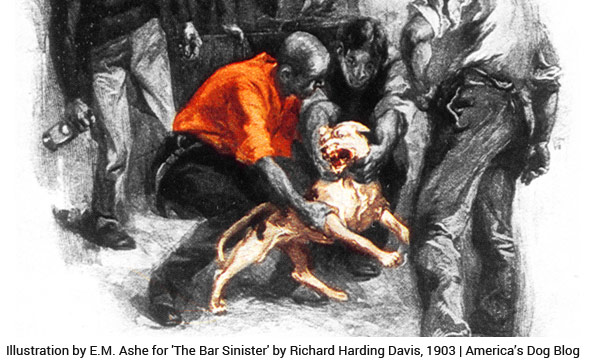 Baseline reporting requirements:
Law enforcement departments across the United States should release consistent "baseline" information to the media and the public after each fatal dog mauling, including these items.
Tweet
Share963
Tweet
Share963
Donate Now