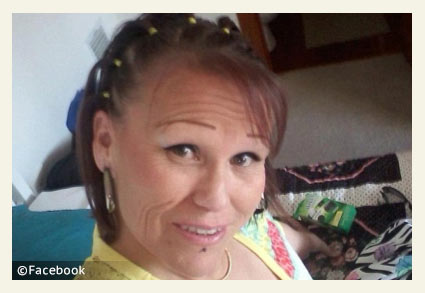 Coroner Confirms Death
Riverton, WY - Fremont County Chief Deputy Coroner, Mark Stratmoen confirmed in a statement Monday that a 40-year-old woman was killed by a pack of dogs last week. Preliminary autopsy results show that Deanne Lynn Coando died of hypothermia and loss of blood from serious injuries she suffered last Wednesday when multiple dogs attacked her on the Wind River Indian Reservation, according to Stratmoen. Coando was a member of the Eastern Shoshone Tribe.

Sadly, it appears there may be similar issues in this case as in the death of 8-year old Tomas Henio in December 2012. The young boy was mauled to death by a pack dogs known to him in Cibola County, New Mexico. The attack occurred on the Ramah Navajo Indian Reservation. The attack brought to light the confusion amongst feral dogs, stray dogs, wild dogs and un-collared and unchecked roaming dogs. The boy's great-uncle had been caring for the dogs that killed Tomas.

The discovery of the victim's body was first reported on Thursday, after the Fremont County Coroner issued a public health and safety alert. At that time, authorities believed an animal attacked the victim. Fremont County Chief Deputy Coroner, Mark Stratmoen, said the injuries are consistent with a predatory animal or a feral domestic animal such as a dog. "The injuries are severe enough that they are either contributory or causatory of the death," Stratmoen stated.

“If the public sees any suspicious animals of any types or groups of animals or aggressive behavior of the part of animals, then they need to notify law enforcement.” - Chief Deputy Coroner, Mark Stratmoen

The attack occurred amongst residential areas and a school, Stratmoen said. It was our duty to inform the public, he said. Multiple agencies investigated the attack including, Fremont County Coroner's Office, Bureau of Indian Affairs and Tribal Agencies, Wind River Police Department and the FBI. The 2.3 million acre reservation is home to nearly 4,000 members of the Eastern Shoshone Tribe and 8,600 members of the Northern Arapahoe, according to this Reuter's article.

The Ranger, Fremont County's daily newspaper, added more details. Although several dogs were observed in the area where the woman was found, Stratmoen said the dogs were not necessarily the aggressors in the attack. "Like with any other animal investigation, you have your initial event and then you may have other animals coming by later (who) are opportunists," Stratmoen said. The autopsy examination, scheduled for Friday, would answer these types of questions, he said.

The woman was discovered on Wednesday at about 3:30 pm. She was unconscious with a light pulse when ambulance personnel arrived. The Ranger, listening to scanner traffic, heard crews discussing the victim's footwear. An early report indicated that she may have only been wearing a shoe and sock. A brown-and-black dog on the scene apparently had blood on it -- it is unknown if it was seized. Also, four dogs in a pack ran toward arriving law enforcement vehicles at the scene.

Witnesses Wednesday afternoon saw Bureau of Indian Affairs vehicles at the scene and heard barking coming from the home at 888 Rendezvous Road. A black car was in the area farther away from the home. About four dogs in a pack ran toward two more law enforcement vehicles that arrived at the scene. - The Ranger, November 13