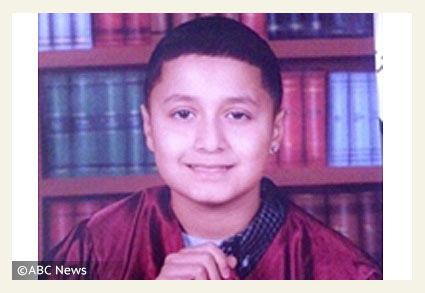 Lawyered Up in Paterson
UPDATE 03/07/14: All sides are lawyered up following a dog mauling that injured one teenager and left another dead. It is believed the bullmastiff owned by Paul Clarke jumped out of its fenced yard and attacked the boys at about 4 pm last Friday. At some point after, shortly or hours later, the same dog attacked its owner. Animal control officers arrived at Clarke's home at about 10 pm and found the large dog nearly stabbed to death. Clarke has thus far refused to speak to police.

“Taking this into consideration I am left wondering how Mr. Clark and/or his lawyer are arriving at the conclusion Mr. Clark has not done anything wrong,” Rodriguez concluded. - Paterson Press

Funeral services for 13-year old Kenneth Santillan were held on Thursday in nearby Totowa.

03/02/14: Mauling Victim Identified archived
Law enforcement officials identified the victim of the fatal dog mauling as 13-year old Kenneth Santillan of Paterson. Police also confirmed that the owner of the bullmastiff, named "Trigger" that attacked three people killing one on Friday afternoon, is 50-year old Paul Clarke also of Paterson. A follow up article from the Star-Ledger, "Dog that killed Paterson teen was a ticking time bomb, neighbors say," includes new allegations about the attacking dog, as well as owner neglect.

Clarke's wife Sharon admitted to The New York Post on Saturday that the dog had once bitten her son's friend. A resident who lives near Clarke, Dilma Monasterio, said that she has called police twice in the recent past about the bullmastiff, "because it would often vault fences in its own yard and in neighbors’ yards, including her own," states the article. She said that she was terrified of the animal because it often barked and acted in what she perceived a threatening manner.

This is in addition to comments by retired police officer Randy Billie who said the dog scaled the fence and attacked a teenager last year.

The Ledger article also sheds some light on the 7-hour time frame. Family and friends searched the neighborhood looking for the missing teen, "throughout the night," according to authorities. "They could not locate him," said Chief Assistant Passaic County Prosecutor Michael DeMarco. "They contacted the Paterson Police, which began an investigation into the missing teen." Many parts of the timeline, however, remain unclear, including when the animal attacked Clarke.

03/01/14: Body Found in Woods
In a horrifying update, it was revealed that both boys were attacked near the dog owner's home Friday afternoon. The two boys then ran in opposite directions. One survived and the other died a miserable death all alone. The second boy was found dead 7-hours after the attack in the woods near a creek behind the dog owner's home. That teen left a trail of blood through the woods in the snow, the bloody trail is how first responders were able to find the boy, according to authorities.

Critical questions remained unanswered Saturday evening, including: At what time was the dog owner attacked? Did he see one or both teenagers being attacked? Why did the surviving teenager tell the residents who tried to help him NOT to call 911? Did the dog owner threaten him in some way, just like the dog owner did in the landmark case, Tracey v. Solesky? Police had to cut and roll back an iron fence to find the dead boy. How did the injured boy get to this location?

Finally, exactly why did it take 7-hours for first responders to locate the dead teenager?

The New York Post named the dog's owner, Paul Clarke, and published images of the dog.

03/01/14: More Details Emerge in Mauling archived
The original Star-Ledger news report was updated at 4:27 pm (EST) with many new details, including the time of the attack, which occurred on Friday. The injured 13-year old boy was discovered dead just before midnight by a search and rescue team. Paterson's animal control officer, John DeCando, said the male dog weighed 115 lbs and was stabbed several times by its owner -- who was also bitten badly by the animal -- before being put down by animal control.

A retired Paterson police officer, Randy Billie, lives around the corner from the dog. Billie told the Star-Ledger the dog has hopped its fence before and attacked children. Last year, Billie said the animal attacked a teenager on Sherwood Avenue. "It's nothing to play with. It's like a miniature horse," Billie said. No one appears yet to be questioning why the bullmastiff was still in the neighborhood at all? (At least prosecutors can easily prove prior knowledge of viciousness.)

There continue to be time discrepancies. The attack on the two boys occurred as early as 4:00 pm Friday. That's when the surviving boy was seen terrified and bleeding from his left hand. Residents Orlando Cepeda and his wife Carmen Baez saw the teen, helped to dress his wound and asked if they should call 911. The teen told them not to. Baez said the boy did not tell her about a second person attacked by the dog at that time and did not know anyone had died until Saturday morning.

03/01/14: Dog Kills Teenager, Injures Another archived
Paterson, NJ - In a developing story, a 13-year old boy was killed Saturday after a bullmastiff broke loose from its home and brutally attacked two teenagers near the Passaic River. Passaic County Assistant Prosecutor Michael DeMarco said the two young victims were attacked in the area of Rossiter and Crosby avenues early Saturday morning. The dog, described as a bullmastiff, attacked both children in the street after breaking free from a nearby residence, DeMarco said.

One of the victims, a 13-year old boy, died in the attack. A second teenager was able to escape with his life. DeMarco said that child, also 13, was being treated at St. Joseph's Medical Center in Paterson; the child's injuries were not disclosed. An animal control officer "put the dog down," DeMarco said. The owner of the dog has been identified. There was no relationship between the victims and the owner of the dog, according to prosecutors. Criminal charges are pending.

The Star-Ledger noted that this is the second horrific dog mauling in the area recently that left a child grievously injured or dead. In February, a 10-year old Newark boy was nearly killed by his father's two pit bulls inside a city apartment. Neighbor Robert Ricks kicked in the apartment door to save the child. "It was horrific," Hicks said. The boy was so badly injured, at one point he had "no pulse," police said. He was transported to University Hospital with life-threatening injuries. 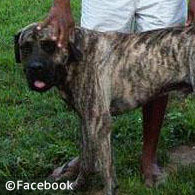 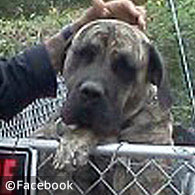 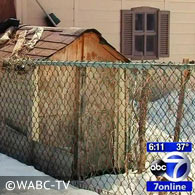