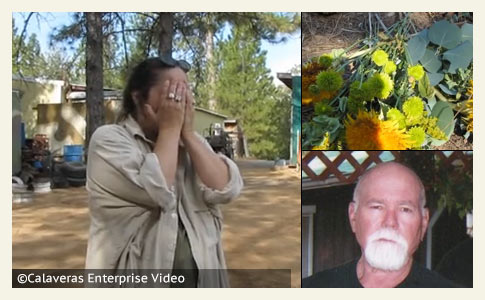 "There's a failure of any actual evidence as to what precipitated the attack," Judge Smith said. "What reasonable conduct did he engage in?"

Upon learning of this stunning injustice, DogsBite.org wrote to Yates' daughter, Jami Southard, expressing our great lament. Several other persons were included on this email's CC list. One of them was Kory Nelson, Senior Assistant City Attorney for the City and County of Denver, who had previously provided ideas to help Southard's family wade through recourse issues on behalf of himself not his office. After Judge Smith's ruling, Nelson replied to us with the following:

While I am not an expert in the California Penal Code, and I am unaware if any other section would be more applicable to these facts, this overview of the law is quite disturbing for a number of reasons:

In conclusion, this law, if reported accurately in the news article, is a travesty to justice and should be changed immediately.

While it may be one thing to provide a legal defense to dog owners such that a child or adult who is physically abusing the dog, or is actually engaging in an unlawful act against the dog's owner - such as assault, or burglary, would not be protected by such a law - but is something completely different to place a legal duty on children and adults to take affirmative action to prevent the harm reasonably foreseeable by the dog owner. Maybe Lewis Carroll could appreciate the topsy turvy nature of this law - but it makes no logical sense to the rest of the world above the rabbit hole.

DogsBite.org greatly thanks Mr. Nelson for his thoughtful and informative response. Most persons do not work within the legal system nor can we easily articulate the meaning of such a bizarre law or Judge Thomas A. Smith's interpretation of it. DogsBite.org grieves for Jami Southard and her family and most especially for Jerry's widow. We encourage all readers who have not yet watched the Calaveras Enterprise video, "Fatal Pit Bull Attack - A Closer Look" to watch it below.