Sam Sullivan, 56-years old, died after being attacked by a pack of dogs near a scrapyard.

Multiple Attacks
West Memphis, AR – A man died and a woman was seriously injured by a pack of dogs in two separate attacks in West Memphis. The first attack occurred on November 8. Officers found a man lying in a ditch covered in bite wounds around 1:00 am near a scrapyard in the 100 block of South 19th Street. Sam Sullivan was transported to a local hospital then transferred to Regional One Trauma Center, where he died of complications related to the dog attack on November 21.

Sullivan’s fiancé, Emma Willis, told WREG that “five dogs were on him for twenty minutes, and nobody would help him.” She described his injuries (presumably degloving injuries), as appearing as though “someone skinned him.” Willis added, she’d “never seen anything like that before.” The second attack occurred on November 16, also around 1:00 am. Police were called to the same location after reports that a woman was attacked by a pack of dogs while riding her bicycle.

The woman sustained severe injuries to her ankle, including portions missing, and bite wounds on her arm, according to police. She was also taken to Regional One Trauma Center. Her condition is unknown. A police report stated that animal control was contacted after the second attack, “but did not come to the scene at that time.” On November 29, nearly two weeks later, 14 dogs were taken into custody by animal control. Willis could not understand why the dogs weren’t seized sooner.

The dog pack, four adult dogs and 10 puppies, belong to a man residing at 121 South 19th Street, a property described in media reports as both an abandoned home and a scrapyard. Kerry Facello, Animal Service Director for West Memphis, said the dogs’ owner has been cooperative so far and claims the dogs were only protecting his property. Given the delayed seizure of the dogs -- 3 weeks after the first attack – it may not be possible to prove which dogs attacked Sullivan.

WMC published the police incident report that was written after the November 8 attack. According to the report, “Sullivan advised he was walking past 121 South 19th Street and was attacked by multiple dogs. I observed at the residence multiple dogs standing by the open gate of the residence.” Through dispatch, “animal control was contacted, and they advised a follow-up with the owner at 121 South 19th Street, will be conducted in the morning,” states the report.

Facello did investigate the first attack, which resulted in Sullivan’s death, but stated it was still unclear where the attack occurred. “If someone approaches or trespasses on that property and a dog bites, then it’s very difficult to blame that dog,” she said. Yet, Sullivan was found by police “lying in a puddle of water in a ditch,” which should be a public area. Certainly, the second victim, who was attacked while riding her bicycle down the street, involved an off-property attack. 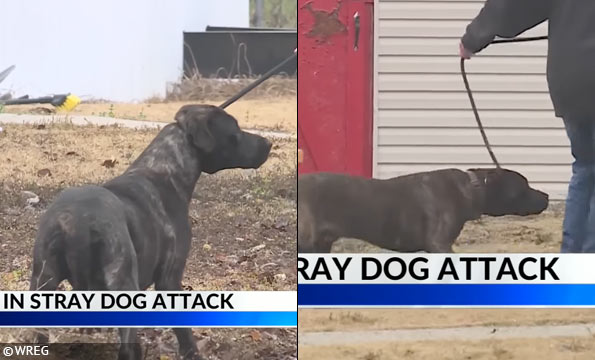 One of the adult dogs seized from the scrapyard on South 19th Street in West Memphis. Timeline of the multiple attacks near the scrapyard on South 19th Street in West Memphis.