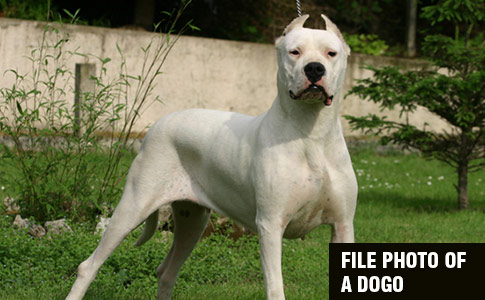 A pair of Dogo argentinos killed an elderly woman in Baldy Mesa on Friday.

Woman Found Dead
Baldy Mesa, CA - On Friday, an elderly woman was discovered unresponsive in a roadway at the intersection of Mesa Street and Vinton Road in Baldy Mesa. Deputies with the Victor Valley Sheriff’s Station responded to the scene, where they found 80-year old Soon Han. Investigators believe Han was out for a walk when she was attacked by a pair of Dogo argentinos from a nearby home. Han suffered major injuries during the attack. She was pronounced dead at the scene.

Baldy Mesa is an unincorporated community in the Victor Valley within San Bernardino County. It is about 35 miles north of San Bernardino.

The dog owner was located by authorities and is "cooperating with the investigation," states a media release from the Victor Valley Sheriff’s Station of the San Bernardino County Sheriff's Department. San Bernardino County Animal Control responded to the location and took custody of the dogs. The pair of Dogo argentinos will be held at that facility until the investigation is complete and a vicious dog hearing is held, states the release. No other information was released.

Though not verified by police, we suspect this is a breeding pair of Dogos, similar to the back-to-back Dogo argentino attacks in 2018. Both of those attacks, however, involved the dogs attacking a family member on or near the owner's property. The pair of Dogos in this case appear to have been at large. How could any person survive an attack by two Dogos, outside of an armed military or law enforcement officer? Multiple countries ban or restrict this fighting breed, including the UK.

SUMMARY: On Friday, October 7, 2022, at approximately 11:09 a.m., deputies with Victor Valley Sheriff’s Station were requested to the area of Vinton Street and Mesa Road, where 80-year-old Soon Han was found unresponsive in the roadway.

Through information gathered during the preliminary investigation, investigators believe Han was out for a walk when she was attacked by two dogs from a nearby home. Han suffered major injuries during the attack and was pronounced deceased at the scene. The dog owner was located and is cooperating with the investigation.

San Bernardino County Animal Control responded to the location and took custody of the dogs. The dogs, both of Dogo Argentino breed, will be held until the investigation is complete and a vicious dog hearing takes place. -Victor Valley Station, SBCS 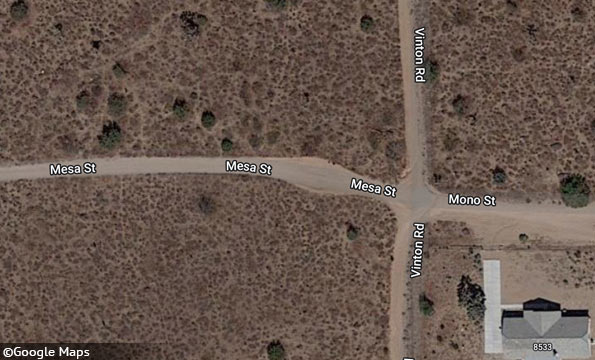 Area where a pair of Dogo argentinos fatally attacked an 80-year old woman in Baldy Mesa.